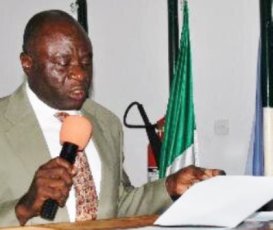 The unions at a joint press briefing in Lagos, said with a population of over 3 million persons scattered across the IDPs camps, Nigeria ranks top among countries with the highest number of persons displaced from their homes as a result of conflicts.

Chairman of the committee, Engr. Ayuba Kyari told journalists that the Minister of State for Aviation, Senator Hadi Sirika upon request has approved the decision of the bodies to raise financial and material supports for Nigerians who are unfortunately caught in the Boko Haram cross fire.

Kyari said “ it is most unfortunate that a section of Nigeria finds itself in such disturbing situation that has produced the highest number of Internally Displaced Persons in Africa, the aviation industry is sadden with the situation and the Honourable Minister of State has graciously approved the plans”.

With the official launch date slated for Saturday February 27th 2016, Kyari said the items realised will be forwarded to the National Emergency Management Agency (NEMA) for onward transfer to the IDPs in the camps.

He called on industry leaders and staff of agencies to lend support to the project.

“ We will raise these assistance for the internally displaced persons on an industry level, that is to say everybody in the sector should kindly help with one item or the other, with money that can be use in buying food items that  will be channel to the NEMA to be given to the IDPs.

“We want to use Saturday February 27th as a formal launch day and we are hoping that the minister and industry leaders will be available at the launch day and after that we want to mobilize each and everyone in the industry to please help do something, small money can help, it will buy drugs and even give water to drink. Anything anyone can use to minister to these needy Nigerians.

“We are appealing to people to bring both new, used clothing,  shoes, even books that children can use in school, food items, if you can buy rice, beans, semovita, garri and many other items that can be of benefits to these people who don’t have where to put their heads for now”, he said.