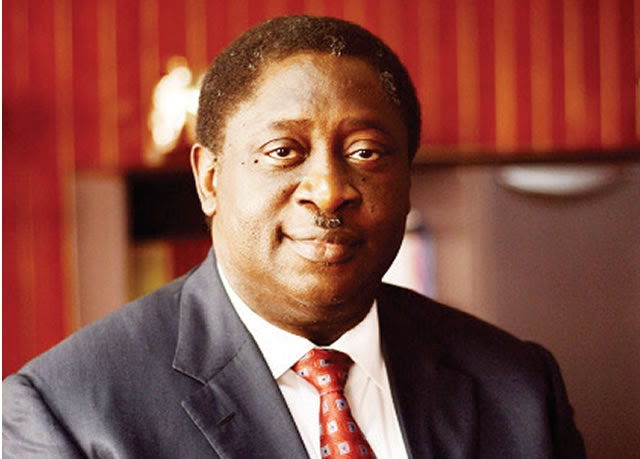 Dr. Wake Babalakin is Chairman, Resort International Ltd, which is also the parent company of Bi-Courteney Aviation Services Ltd (BASL) which oversees the Murtala Mohammed Airport terminal two (MMA2), Lagos built some 13 years ago. In this interview, the SAN spoke about how he started the project and many others from the scratch, how the MMA2 has become the terminal with the highest traffic flow in Nigeria and how government action deprived Nigeria of having one of the best terminals in Africa.

How did your company emerge winner in the bidding process for MMA2?

For Murtala Muhammed Airport Terminal 2 (MMA2) in Lagos also, there was a well-advertised bid for the airport and there were responses. At the end of the day, some companies emerged as the winner and we emerged as the reserved bidder.

If former President Obasanjo had something to do with it, why didn’t we emerge as the winner?

A year later, the Minister of Aviation called us and said the preferred bidder had not delivered on their commitment and told us to come in as the reserved bidder. When we came in, the design we were given by the authority was just a shed; we were told to build a shed for Nigerians as their Airport.

I had gone to South Africa for a meeting and South Africa was then completing its domestic airport. When I looked at it, I cried that we were going to build a shed in 2003, when South Africa had just completed a domestic terminal that looked like something out of this world in 2003.

So, I came back and told the then minister, Mrs Kema Chikwe, what I saw. She looked at it and was amazed. She advised me to make a presentation. We went through the whole process and our design was approved. That is the MMA2 you see today; to actualise it, we brought in South African architects and supported them with Nigerian architects.

How would you describe the terminal years after?

13 years after it was completed, there is no airport terminal in Nigeria that has the flow of MMA2 because it was well-thought out and designed. If we had been allowed to continue, phase two would have been completed 10 years ago and we would have had one of the best Airports in Africa.

How did you purchase the old Federal secretariat, Ikoyi?

There was an advertisement in the newspapers that disused government buildings that were becoming environmental problems would be converted to good use. The old federal secretariat building in Ikoyi, Lagos was advertised; it was the most hotly contested bid that I have ever participated in. At last, three bidders remained. One of the bidders was Dangote.

The bid spanned almost two years with the government setting up at least three different committees to verify the bids. We (Resort International Group) emerged as the preferred bidder and paid for the property in accordance with the bid. I don’t know anybody who was interested in the bid that was excluded. I’m not aware that anybody who put in a bid did not have a chance to defend his bid.

After we’ve come up with our own ideas of converting the place to apartments, interests began and these interests were negative interests. But I don’t want to go into that now. I just want to say that there was no peculiar advantage for us (Resort International Group). We paid N7 billion for the property in 2005. And at today’s cost, I want you to imagine how much the value of that money would have been today.’

Obasanjo’s Government gave us no preferential position on the old federal secretariat. Let me tell you about the old Federal Secretariat building. It was a well-conceived project. We moved to site around December, 2015. We had completed the design, totally prepared the buildings, and removed all the partitions for construction.

We had also created a demo room where you could see what a two-bedroom or three-bedroom flat and a penthouse would look like. We had pre-sold half of it to other people, and one day, two years after, some people claiming to be agents of the Lagos State Government overran the place and stopped us from building. We couldn’t believe that this was happening in modern Nigeria.

So, we made entreaties to the state government, but we discovered that the government’s argument was that the building ought to have been sold to the Lagos State Government and not anybody else. We saw that that argument was so mundane and irresponsible because if the Lagos State Government was interested, it should have put in a bid. If it did, then it could say it wanted some preferences because it is a government. But it didn’t participate in the bid at all. It waited for two years after the project had commenced and then overran the place in the most uncivilised manner.

The arbitration also awarded us substantial damages and cleared the coast for us to resume our work.

We will resume work as soon as all the ancillary issues are sorted. There are so many abandoned projects and there are so many abandoned buildings. But everybody points to the experience of the old federal secretariat and they are reluctant to participate in it. So, because of the unlawful action of the Lagos State Government, its revenue base has been short-changed, the availability of accommodation has been reduced and the environmental image of Lagos has been worsened.

For every major project you stop unlawfully, about 12 other good projects will refuse to come in and that is the position today. There is no single major individual project going on in Lagos today apart from Dangote Industries. This is because there is no enabling environment. Capital is very shy and timid; it only goes to secure places where the rules are known and where you are sure that if you put in your money and follow the rules, you are likely to get your return. But when the rules are opaque or subject to the whims and caprices of certain people, who will bring money?

What about the Concessioning of Lagos-Ibadan Expressway?

For Lagos-Ibadan Expressway, again, there was a bid, there was a response to the bid and we emerged as the preferred bidder. I’m not aware of anybody who submitted a bid and didn’t receive any consideration. So, I don’t know where the complaint is coming from.

But what is most sad is the picture that we were in default on the project. That story is totally false. We got approval for the project not under Obasanjo and it went to council (Federal Executive Council) under late President Umaru Yar’Adua. It was Yar’Adua that approved Lagos-Ibadan Expressway project.

We were to design, build, operate and transfer. We began the design and discovered that the current road had outlived its usefulness. It was built or completed around 1977. From Lagos to Ibadan, the plan in 1977 on that road was to have it fenced and the fencing actually started but was not completed.

There was no town on that road; you had to go outside the road to see Sagamu. But today, the road has been so messed up that so many towns had emerged on the road. You have Ogere, Sagamu, Redeemed, NASFAT, Mowe and Isheri all on the road. We brought the best designers in the world to put it together while maintaining palliatives on the road and traffic control.

We had traffic controllers on the road, patching the road and putting the design together. We actually started full construction in October 2012.

We finished the design and submitted our inception report (with the first and second design) to the Federal Ministry of Works. It took the ministry two years to be able to get back to us on this design. We lost two years to the ministry, with over 50 consultants that we had been paying for two years. 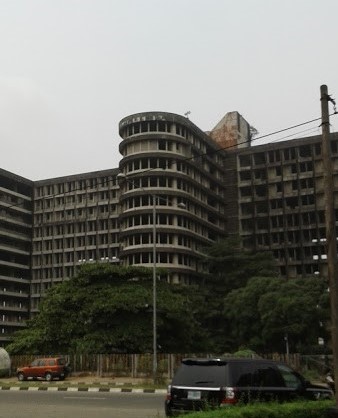 I never owed AMCON any money and I give gratitude to my lawyers. When the airport agreement was mercilessly violated, when we were deprived of all our rights and our revenues were curtailed, our lawyers went to court and got a judgement for N132 billion against the Federal Government. As soon as AMCON was created, our lawyers went to court to say that we had a judgement credit of N132 billion against the Federal Government and if there was any Federal Government agency that we owed money, they should set it off. And it was approved by the courts.

AMCON appealed and the Supreme Court confirmed the N132 billion judgement credit in our favour and the set off of all our liabilities to AMCON from this credit standing in our name with the Federal Government of Nigeria.

We had about N20 billion to N30 billion we were alleged to be owing AMCON and based on this set off, we were entitled to a credit of N100 billion. That is the law today, irrespective of any propaganda of AMCON.

Our company, Resort International, the owners of the old Federal Secretariat, paid N7 billion. We borrowed N4 billion for construction and pre-sold half to an entity on certain terms and conditions and used the money to build. When AMCON came, we explained to it that we didn’t have any debt, that we owed N4 billion and it was even current. We have paid N1.3 billion and it was a five-year loan, out of which we had done about two years and would pay the balance. But AMCON refused and took us to court. When we got to court, we counter-claimed that we didn’t have any debt, save the N2.3 billion or N2.7 billion, and that the other thing AMCON was claiming was a debt was an equity investment.

You can’t turn an equity investment to a debt overnight. When we got to court, AMCON had no document that we owed any money, yet it had published our names for seven years that Resort International owed money to AMCON.

The court did the right thing and held that we owed no money, that AMCON had libelled us and that the court awarded us N3 billion as damages for libel. We think the libel award was very little, but, at least, we made a statement. Today, based on Nigerian laws, we are not indebted to AMCON. Whatever you hear to the contrary is propaganda. I think AMCON wants to go on an appeal but I don’t know what the basis will be.