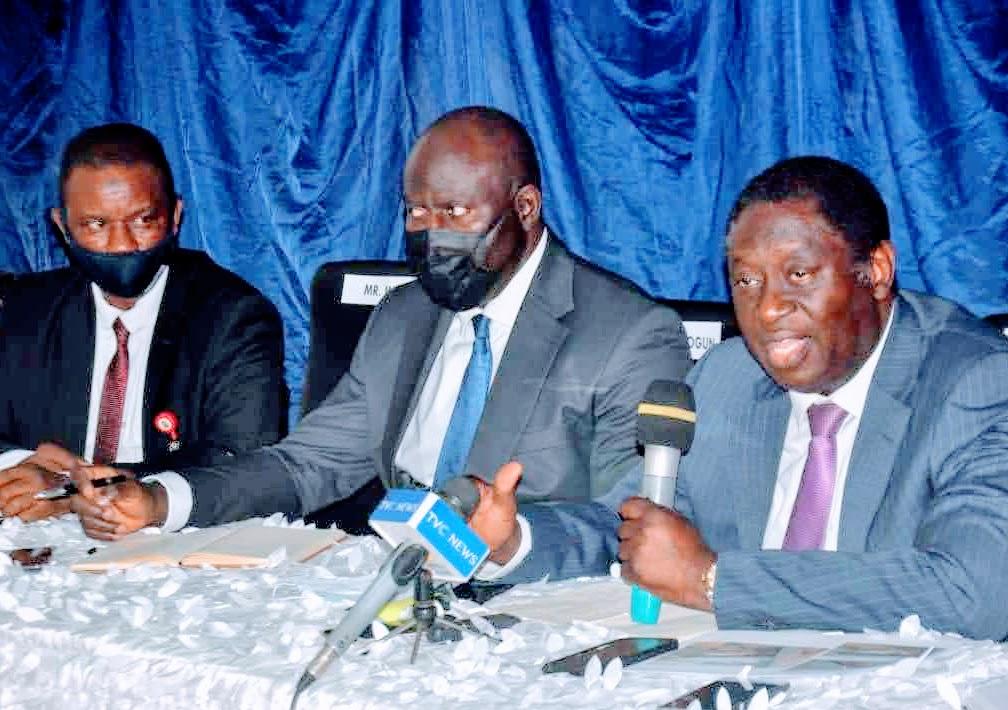 Bi-Courtney Aviation Services Limited (BASL), operators of Murtala Mohammed Airport terminal 2 (MMA2), has said it is interested in the bid for the concessioning of any of the four international terminals in Lagos, Abuja, Kano and Port-Harcourt.

The federal government had in August, opened the bidding process for the concession of four major international airport terminals in the country.

Chairman of the company, Dr. Wale Babalakin, at a briefing at the regional departure hall of MMA2 on Friday, said his company should even be given the right of first offer in the bidding because the BASL has shown expertise and has excelled  in infrastructure development.

According to him, BASL has no issue with the 36 years of concession agreement of MMA2 but the the only issue is the Authorities refusing to release the General Aviation Terminal (GAT) to it.

“There is a bid going on for the four international terminals, In other climes, the Authorities will call on those who have done it before. But what is the success rate of the companies coming to Nigeria to operate? How can government bring expertise from overseas when you have them locally?

” BASL is interested in anything that is intellectual infrastructure development. I am a lawyer and an infrastructure developer,  we are interested in the concession, in fact we should be the first option because in very organised  countries, we would be given a first option offer . And may be, our participation will make process a fair one”, he said.

Babalakin disclosed that BASL has been approached by three  African countries to build their terminals .

“I think it will be better to consult those who have track records. Before MMA2, nobody talked about terminals but after the completion of MMA2 , Bauchi, Dutse now have terminals and I think Anambra State is planning to have one. We have succeeded immensely as an eye opener to aviation infrastructure development in Nigeria

While insisting that there is no controversy over the 36 years of concession of the terminal, he said the General Aviation Terminal (GAT) belongs to BASL by law.

“The GAT was handed over to us by the government but it at the same time, decided to enhance it and compete with us. The worse that can happen to an investor is for your competitor to have government money to compete and it is totally wrong for the Authority to be competing in the same sphere, we have won the case at the Arbitration, Hight Court, Appeal Court and at Supreme but the Authority is not just undermining the whole process but demarketing Nigeria, we have agreed on everything but the only issue is GAT, we can’t let go because it is part of our concession agreement. It is unfortunate that people are just making mockery of Nigeria’s Jurisprudence.”, he added.

Speaking on operating regional flights from the terminal, Babalakin said the company is losing a lot of money because the terminal is underutilised.

“The airlines are also losing money too, the fuel cost of taxiing from domestic to internal wing is a major cost for them. We have an agreement to start regional flights, with the government but government has refused to implement it”.