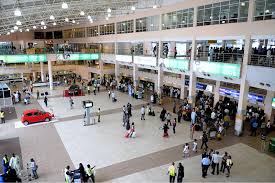 Activities marking the 10th Anniversary of the Murtala Muhammed Airport Terminal Two (MMA2) start on Sunday with a thanksgiving service at Archbishop Vining Memorial Church, Ikeja, Lagos, at 10am.

MMA2, operated under the Public-Private Partnership (PPP) concession agreement between the Federal Government and Bi-Courtney Aviation Services Limited (BASL), a member of The Resort Group, is the first successful privately-funded Design, Build, Operate and Transfer (DBOT) airport terminal in Nigeria. It was inaugurated in 2007 by former President Olusegun Obasanjo.

A statement by the Head of Corporate Communications of BASL, Steve Omolale, noted that the thanksgiving service will be followed by a press conference and the unveiling of the star prize of the Fly and Win promo, a Kia Rio saloon car, partly sponsored by Dana Air, on Monday by the Chairman of The Resort Group, Dr. Wale Babalakin (SAN).

Other consolation prizes to be won in the promo include 15 flight tickets to various destinations donated by the airlines operating from MMA2.

The statement said there will be a Jumat service on Friday to be attended by dignitaries from various walks of life as part of the celebration, which will be rounded off with the grand finale of the promo on Friday, May 26, 2017, where prizes will be presented to various winners. To participate in the promo, a passenger flying through MMA2 terminal to any destination is encouraged to collect a ticket at the Screening Point, fill his or her details, drop it at the Final Departure and wait for the final draw on May 26, 2017.

The statement further explained that BASL would continue to show “a demonstrable commitment to aviation infrastructure development in Nigeria having proven to be a credible, reliable and resilient partner that consistently sets and maintains high standards in terminal operations in the last one decade of MMA2’s existence”.