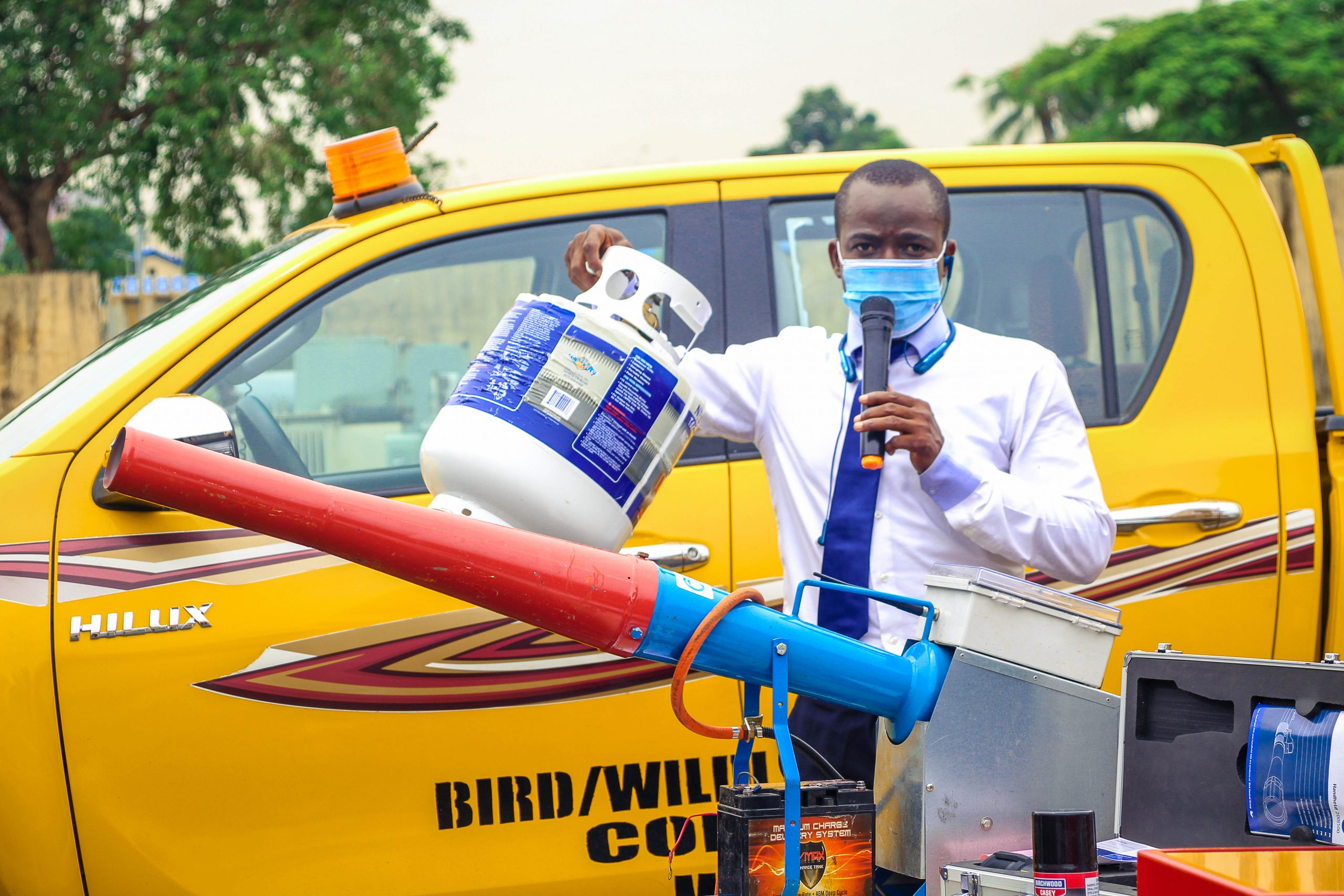 AGM Environment, Mr Kazeem Azeez, Explaining the use of each birds/wildlife equipment to the audience

In a bid to improve on safety of flight operations by effectively managing birds/wildlife hazards at the nation’s airports, the Federal Airports Authority of Nigeria (FAAN) today, June 4, 2021 commissioned some birds/wildlife equipment.

At an event held at FAAN’s headquarters annex in Lagos, the Managing Director of the Authority, Captain Rabiu Yadudu, who was represented by the Director of Commercial and Business Development, Alhaji Sadiku Rafindadi noted that the equipment are some of the best you can get around, as the Authority procured them on the recommendation of the International Civil Aviation Organization (ICAO).

According to the MD, the deployment of these equipment will usher in an era of safe flight operations, as incidents relating to birds strikes will now be a thing of the past.

In his remarks, the Authority’s Director of Airport Operations, Captain Muktar Muye expressed his delight at the arrival of the equipment. He noted that what was being commissioned is not just the equipment but a complete package that also include the recommended storage facility, patrol vehicle and trained personnel in line with ICAO/s Standards and Recommended Practices.

The event climaxed with a practical demonstration of the use of some of the equipment by the representative of the MD/CE and the Director of Airport Operations.