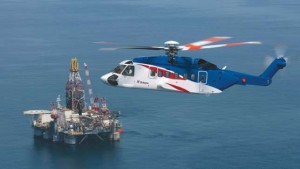 ristow Helicopters said on Monday, it had sent all its pilots on the Sikorsky S-76 series on Simulator training in order to keep them abreast of latest developments.

Tolu Olubajo, Bristow Legal director in an address to the media at the airline’s office, also confirmed that it has since returned the aircraft into revenue service following completion of audit by the Nigerian Civil Aviation Authority (NCAA).

He also said the airline has insurance cover for all the aircraft in its fleet adding that without such, it would not be able to operate in Nigeria.

“There are so many things we are doing in line with our safety culture…on training, we have sent all pilots on Sikorsky on simulator training on current handling of the aircraft, we are conducting test like hydraulic test, review all maintenance programmes, inspection and maintenance checks of cockpit, life jackets and so on”, he said.

Olubajo, who explained that the engineering aspect of the fleet is done in Nigeria, added that it also has a partnership with a foreign firm who also does its maintenance.

He explained that prior to the August incident, ‘Bristow had celebrated 1,000 days of zero incident, the NCAA carry out its audit on us regularly as required’, insisting its operations are done in accordance with laid down standards internationally.

Speaking on the standards of operations in the oil and gas sector, he said both civil aviation and oil sector have stringent regulations they must follow to the letter, adding however that one cannot be ignored for the other.

Olubajo, who revealed that Bristow has enough capacity to cater to the needs of its clients, added that the company is initiating a fleet re-strategising plan whereby it will peg between 7 to 8 years for the age or life span of its aircraft  in operation.