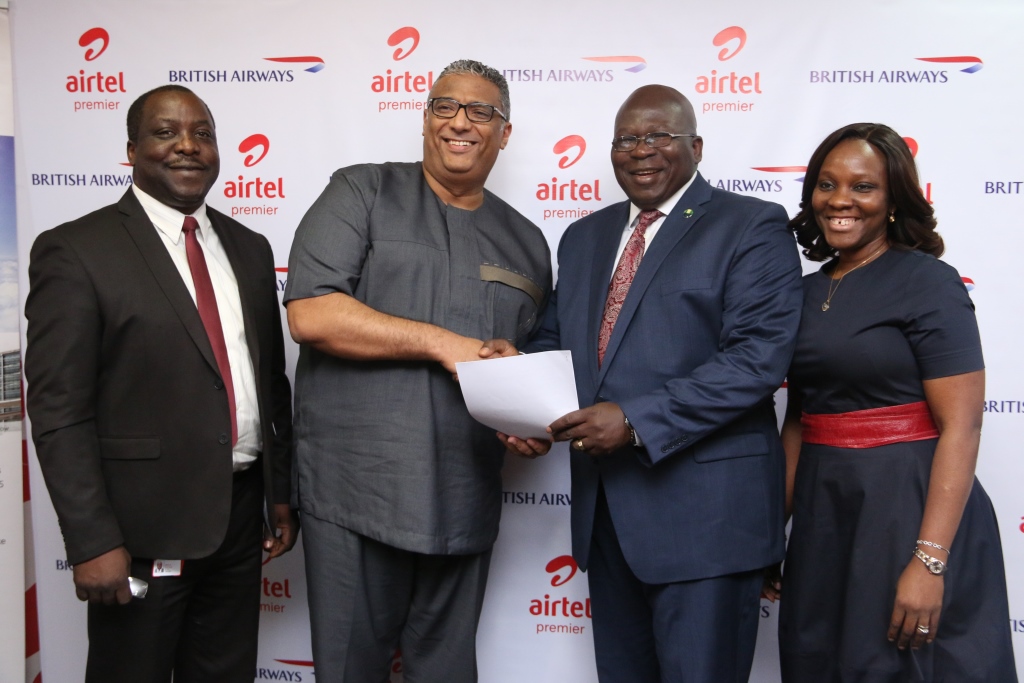 British Airways has entered into a strategic agreement with telecommunications giant, Airtel, in a deal that will see customers of both organisations enjoy substantial discounts off tickets purchased in the next few months.

Speaking at the signing of the Memorandum of Understanding in Lagos, British Airways’ Regional Commercial Manager for West Africa, Kola Olayinka said both companies operated in similar markets and placed a premium on customer service.

Airtel’s Chief Commercial officer, Ahmad Mokhles who signed on behalf of his organisation expressed his delight at the opportunity to team up with British Airways.

Discounts to Airtel customers will be available to worldwide destinations, in the UK, United States, Canada, Europe and  parts of  Asia. Customers can choose and pick their preferred destinations for summer or even plan, prepare and book early for Christmas.