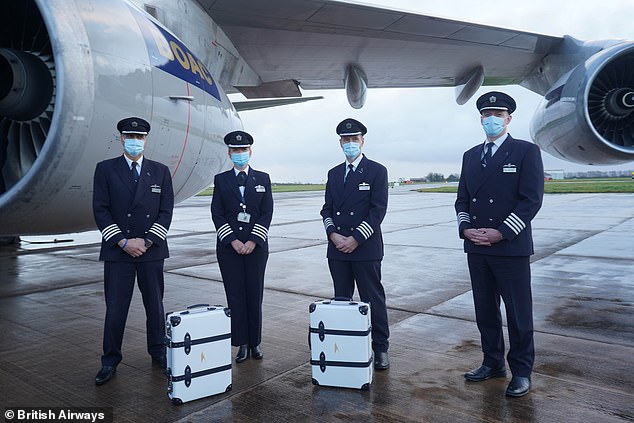 An auction for two limited-edition British Airways suitcases has ended, raising close to £9,000 ($12,325) for the airline’s charity Flying Start. The bags were signed by the captain of the airline’s last ever flight on a Boeing 747, with unsigned cases still available.

Since the start of 2020, airlines worldwide have been sending the Boeing 747 into early retirement, given the colossal collapse in passenger numbers experienced across the industry. Major carriers such as KLM, Qantas, and Virgin Atlantic all said goodbye. In late 2020, British Airways also said goodbye to the type, ending an era lasting over half a century.

In total, £8,850 ($12,120) was raised for British Airways’ charity, Flying Start. British Airways told Simple Flying that it was “delighted” at the amount raised through the auction.

According to Simpleflying.com, the suitcases were made in partnership with Globe-Trotter. A total of 150 bags were made, with the remaining 148 being sold by the suitcase manufacturer. While unsigned, these suitcases still feature a plate made from a former British Airways Boeing 747. The bags carry the BOAC Speedbird logo, in addition to a 747 print on the interior, and are selling for £1,935 ($2,650).