The fantastic offering that can be accessed via multiple promotions, promises to see most of their customers enjoying great fares to different destinations; London, Europe, the Unites States and even Canada.

Speaking on the development, Kola Olayinka, Regional Commercial Manager for BA says, “We are in the 4th quarter of the year when our customers expect that we have some promotions in place that helps them to approach the end of the year positively, this is for them, they have kept faith with us in 2017, this is our way of saying thank you to them.’ 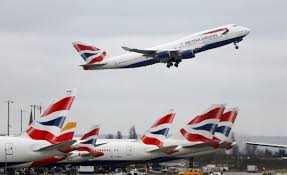 The fantastic fares are available on www.ba.com and also with any of British Airways IATA Travel agents.

The promotions will enable Nigerian holiday-makers who are eager to travel to London, Europe, Canada or United States to spend the break at the end of the year with friends and family to do so at fantastic air fares.