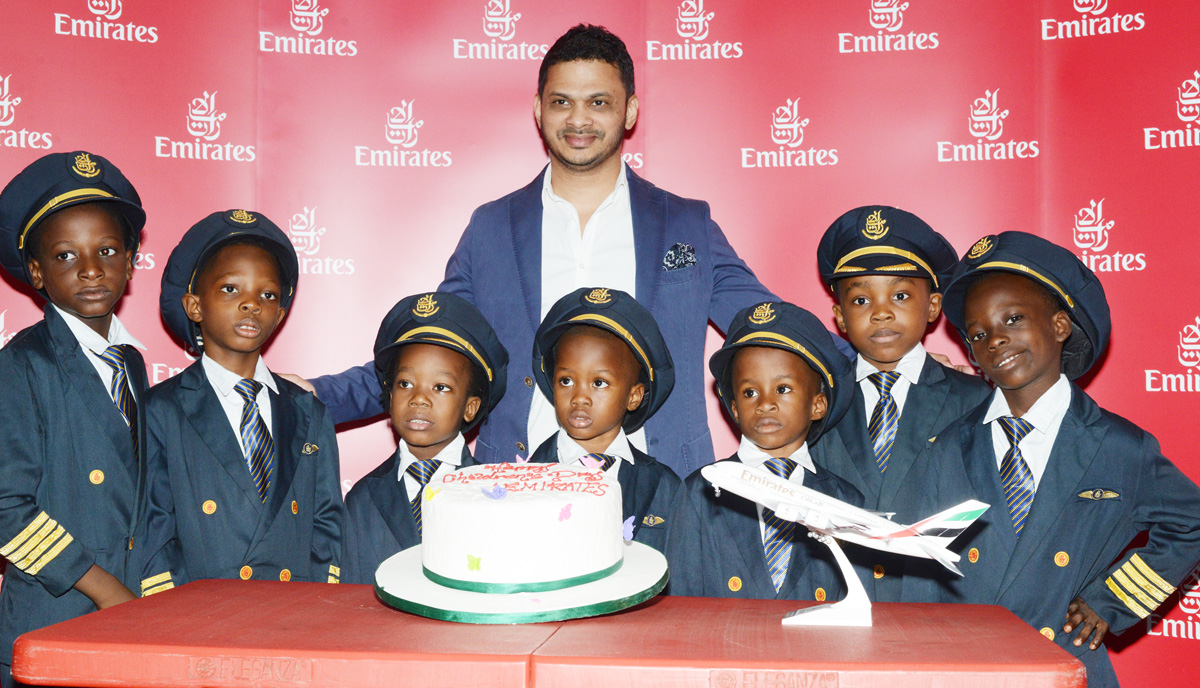 Emirates Country Manager, Afzal Parambil poses with some children on their Day

It was an exciting day in Lagos on May 27, a day set aside to celebrate children globally, when the World’s largest International Airline, Emirates Airline, hosted Nigerian children between the ages four to ten years to a feast as they also had a splendid time with the Emirates Country Manager, Afzal Parambil, even as they watch a movie at the Cinema.

The Ikeja City mall, where the Silver bird Cinema is located, was like a beehive on this day as children, including those invited by Emirates, trooped to the cinema, in company of their parents, to enjoy their day at different fun places. 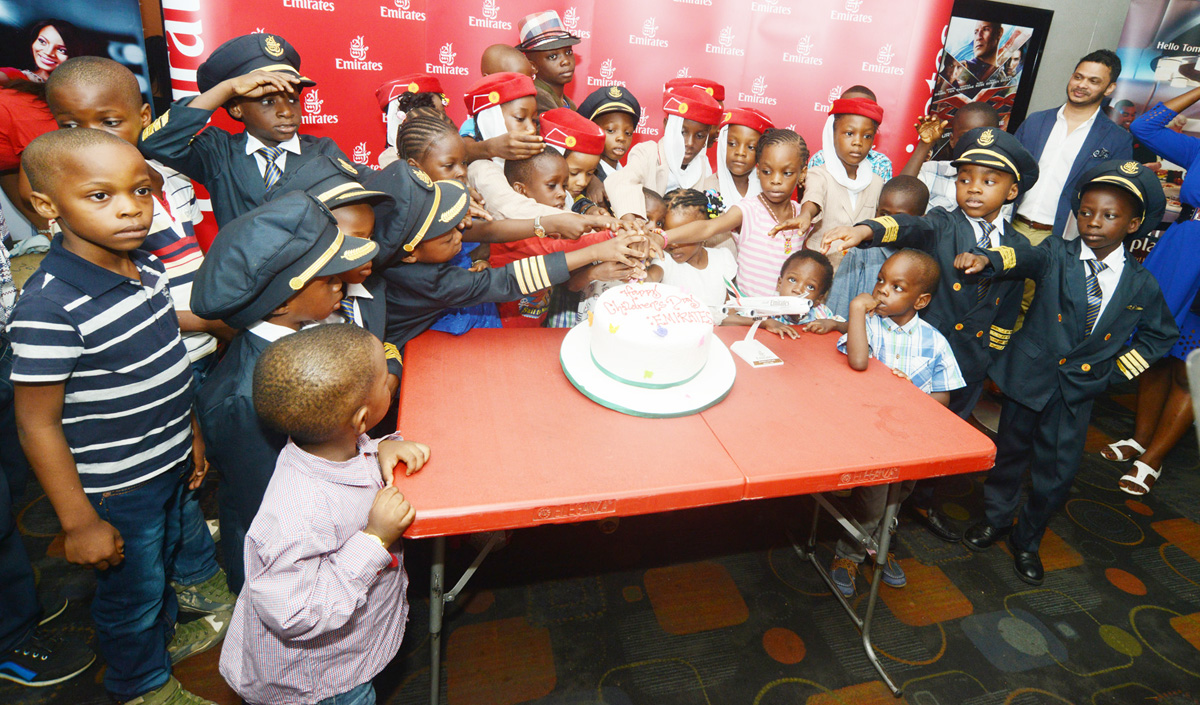 Kitted in the Emirates Cabin Crew Uniforms, they were lined up to the cinema hall, after the photograph session and watched a thrilling movie titled ‘SING’.

Children were captivated by pictures, sounds and messages from 3D movie as parents and wards too who accompanied the children were enthralled by the two hour movie.

As they watched the movie, they were served different snacks as they relax with great comfort. 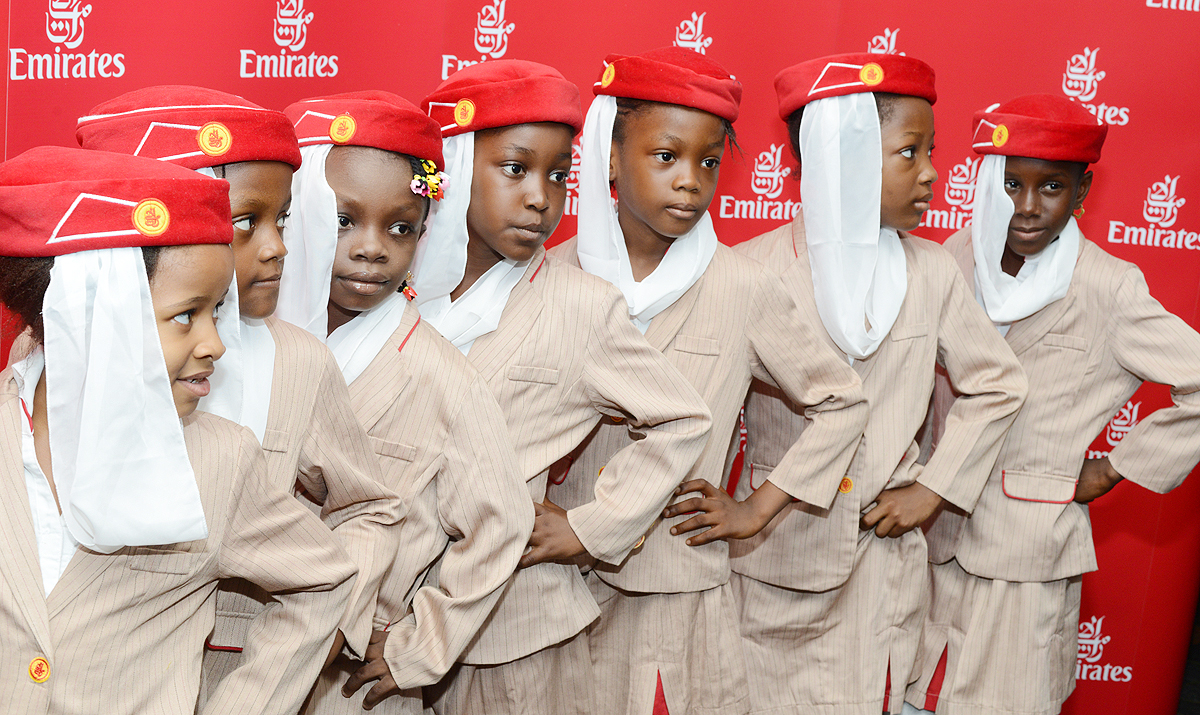 Apart from the snacks, children and parents were treated to a feast even as the children got surprising Emirates branded gifts such as bags, cuddly toys and teddy bears, depending on their ages.