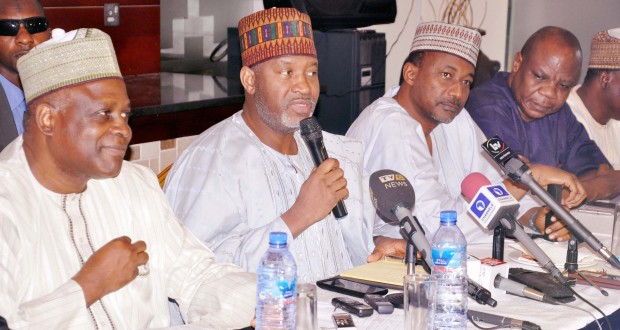 Hadi Sirika, Minister of State, Aviation, said on Tuesday that the concession of Nigeria’s airports, especially the four big ones, will not only present excellent passenger experience but will turn the condition of the nation’s gateways around in one year.

Speaking in Lagos at an interactive session shortly after meeting with stakeholders, Sirika said the best way to attract passengers, investors and turn the airports into hubs as they should have been is to concession them.

He said most airports such as Heathrow and some in the United Arabs Emirates that the world talks about are not fully owned by government but concessioned out in order to get excellent results.

He said government no longer has money to invest into public property such as airports but will not also hand them totally to private hands in order to ensure operating standard.

“Government can no longer put money into public property, the best way is to concession them but we will not privatise them because we do not want to leave them off totally, we must transition, there is no other way around it , it is concession.

“Aviation is a money spinner but we must do it right, we must concession the airports, starting with the four big ones in order to grow the sector, we can’t create a hub from the airports as they are, the wide-bodied aircraft cannot be handled by these airports, the atmosphere within the airports are not the ideal, it is extremely difficult to attract passengers.

“If you go to Heathrow airport or Dubai airport, you see and experience an environment you don’t want to leave, we are currently handling 15 million passengers annually but with concession, the condition of the airports can be turned around in 24 months, we can be able to handle between 70 to 100 million annually while Lagos alone can handle 15 million if the airports are good. Let me tell you that about 40 percent of passengers like to transit through fantastic airports like Dubai just because of the facilities and experience”, he said.

Speaking on National carrier, he said government has planned to have a carrier that is private sector driven, adding that it will go through all the process to establish a strong, viable national carrier.

He added that government was also considering the establishment of a maintenance and repair facility in Nigeria in order to complement the carrier.

He noted that some of the challenges facing the sector would be solved if there is an MRO and an aircraft leasing company in the country.

“We are aware that inability to lease equipment and carry out major maintenance is a huge hindrance to the growth of the sector, we are very conscious of what Nigeria is, we are conscious of the population and the market it is serving, it is a very interesting market for Nigeria but the absence of strong carriers and leasing companies is hampering the growth”, he added.