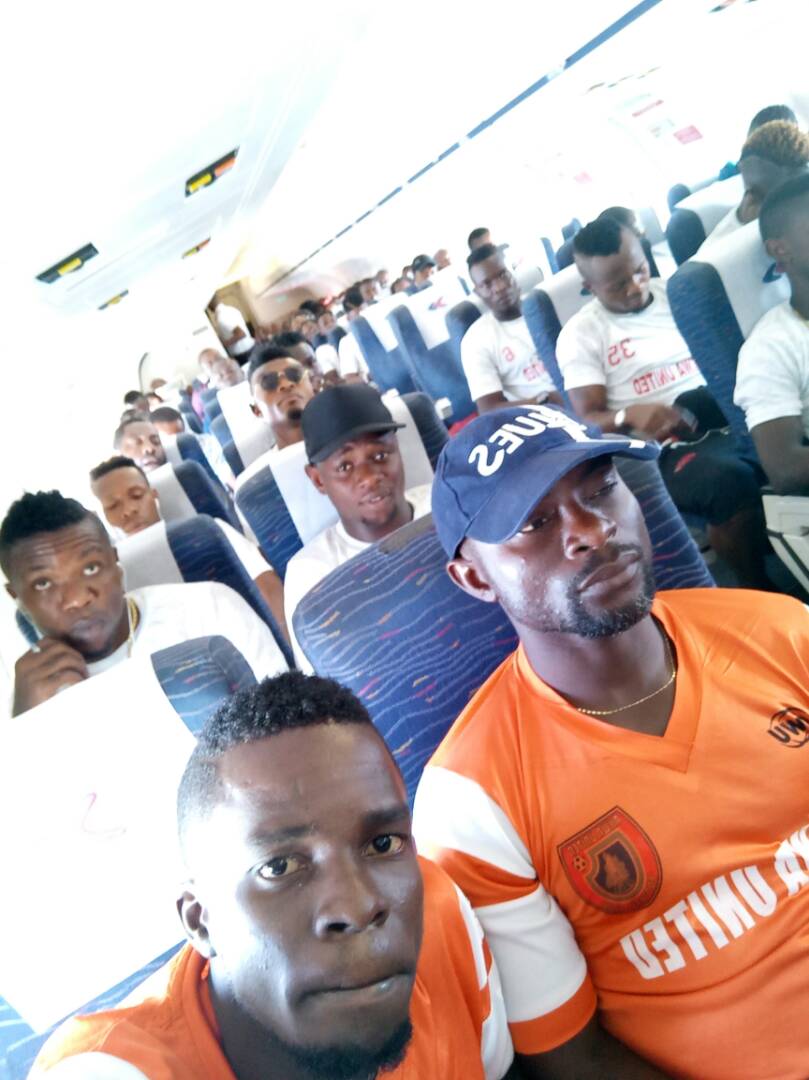 Team Akwa United comprising 18 players and 12 officials departed Ibom International Airport Sunday afternoon on board Dana Air to Lagos from where they will proceed to Tunisia for the first leg of their CAF Confederation Cup First Round match against Al-Ittihad of Libya.

The 2017 Aiteo Cup champions will jet out of Lagos on Sunday night through Turkish Airlines to Istanbul in Turkey before connecting Tunis in Tunisia on Monday morning.

United overturned a 1-2 deficit against Hawks of Gambia, after winning the second leg 0-2 in Banjul to advance 3-2 on aggregate to the First Round.

The match against Al-Ittihad will be played on Wednesday 7th March 2018 in the Tunisian city of Sfax.

This is the second time the airline will be flying the team as part of its sponsorship deal for the club and commitment to developing the Nigerian Professional League.

Dana Air is one of Nigeria’s leading airlines with over 27 daily flights from Lagos to Abuja , Port Harcourt, Uyo and Owerri. The airline is reputed for its innovative online product , world-class in-flight service and unrivaled on time performance