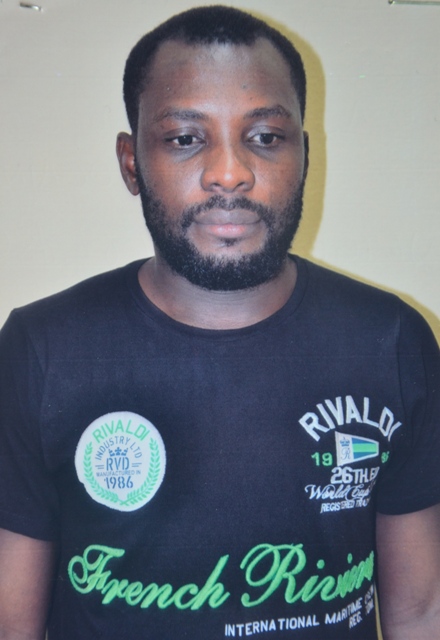 Honourable Justice Okon Abang of the Federal High Court ‎in Abuja on Thursday sentenced a man, Mr. Anthony Chidi Ikeaba to a 14 years imprisonment for unlawfully importing 1.782 kg of cocaine into the country.

Officials of the National Drug Laws and Enforcement Agency (NDLEA) arrested Ikeaba with cocaine at the Arrival Hall of the Nnamdi Azikiwe International Airport (NAIA) Abuja on April 20, 2016.
The convict was arrested on arrival from the Dubai, United Arab Emirates.The anti-narcotic drug agency on April 26, 2016 arraigned the convict in a case numbered, FHC/ABJ/CR/962016,  for unlawful importation of cocaine, an offence contrary to and punishable under section 11(a) of the NDLEA Act.
During the review of fact of the case by the prosecution on Thursday, Ikeadi pleaded guilty and was subsequently convicted and sentenced to 14 years imprisonment.
In his judgment Justice Okon Abang noted that if drug traffickers will not relent in their criminal act, he will continue to elongate their stay in confinement. He then sentenced the convict to 14 years imprisonment adding that the sentence would take effect from ‎the date of the convict’s arrest on April 20, 2016.
NDLEA Chairman/Chief Executive, Col. Muhammad Mustapha Abdallah (retd.) who commended the judgement stated that drug trafficking will soon become unattractive.
“This ruling is timely and commendable. I can assure you that drug trafficking will soon become unattractive because punishment must be proportional to offence so as to deter both the victim and others” Abdallah stated.

The NDLEA boss also reiterated his commitment to a drug-free Nigeria.