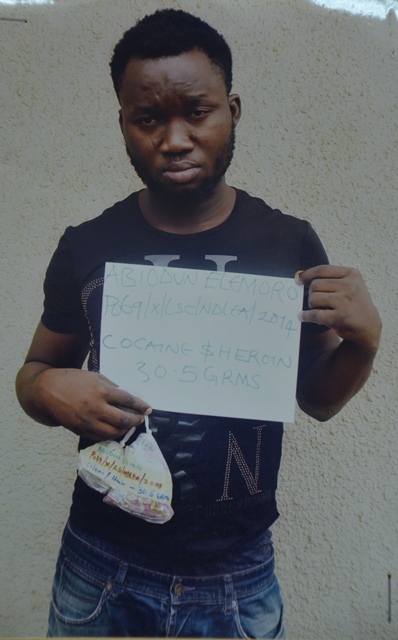 The Federal High Court sitting in Lagos has convicted 149 drug dealers arrested by the Lagos State command of the National Drug Law Enforcement Agency (NDLEA) in 2015.

Three of the culprits who were sentenced to life imprisonment have commenced their service with hard labour as others equally got stiffer punishment.

Roli Bode-George, Acting Chairman/Chief Executive of the NDLEA, described the convictions as impressive and capable of discouraging people from drug trafficking.

“These convictions are strong enough to deter other from drug trafficking. This is highly impressive and motivating to the Agency for the time and material resources spent in arrest and prosecution of drug dealers”.

Also speaking, Sule Aliyu, NDLEA Lagos State commander said that while 149 drug dealers were convicted in 2015, about 164 other cases were pending as at December 31, 2015.

“Apart from the 149 persons convicted, there are 164 pending cases in court. The command in 2015 also seized a total 7,345.87kg of various narcotic drugs mainly cannabis which is commonly called hemp and arrested 531 suspected drug dealers comprising 507 males and 24 females” , he said.

Those who got life sentence are Abiodun Elemoro, 29, of Palm Church Street, Lagos Island, convicted on January 29, 2015 for being in possession of 30.5 grammes of cocaine; Sule Ibrahim, 37, of Mopo Alayo village Okun Ajah Lagos, convicted October 20, 2015 for possessing 11.8kg of cannabis and Aluagwu Lawrence, 32, of Iju Ishaga Lagos convicted December 9, 2015 for possessing 220 grammes of cannabis.
Similarly, Ameachi Igwe, 37, of Mile 12 Market, Lagos got twenty-five years imprisonment for dealing in 2.7 grammes of cocaine.

“Winning 149 cases in a year is massive. This has surpassed the 123 convictions recorded in 2014. Although the work load is tasking as the only prosecutor in the command, I am glad with the quality convictions” he stated.