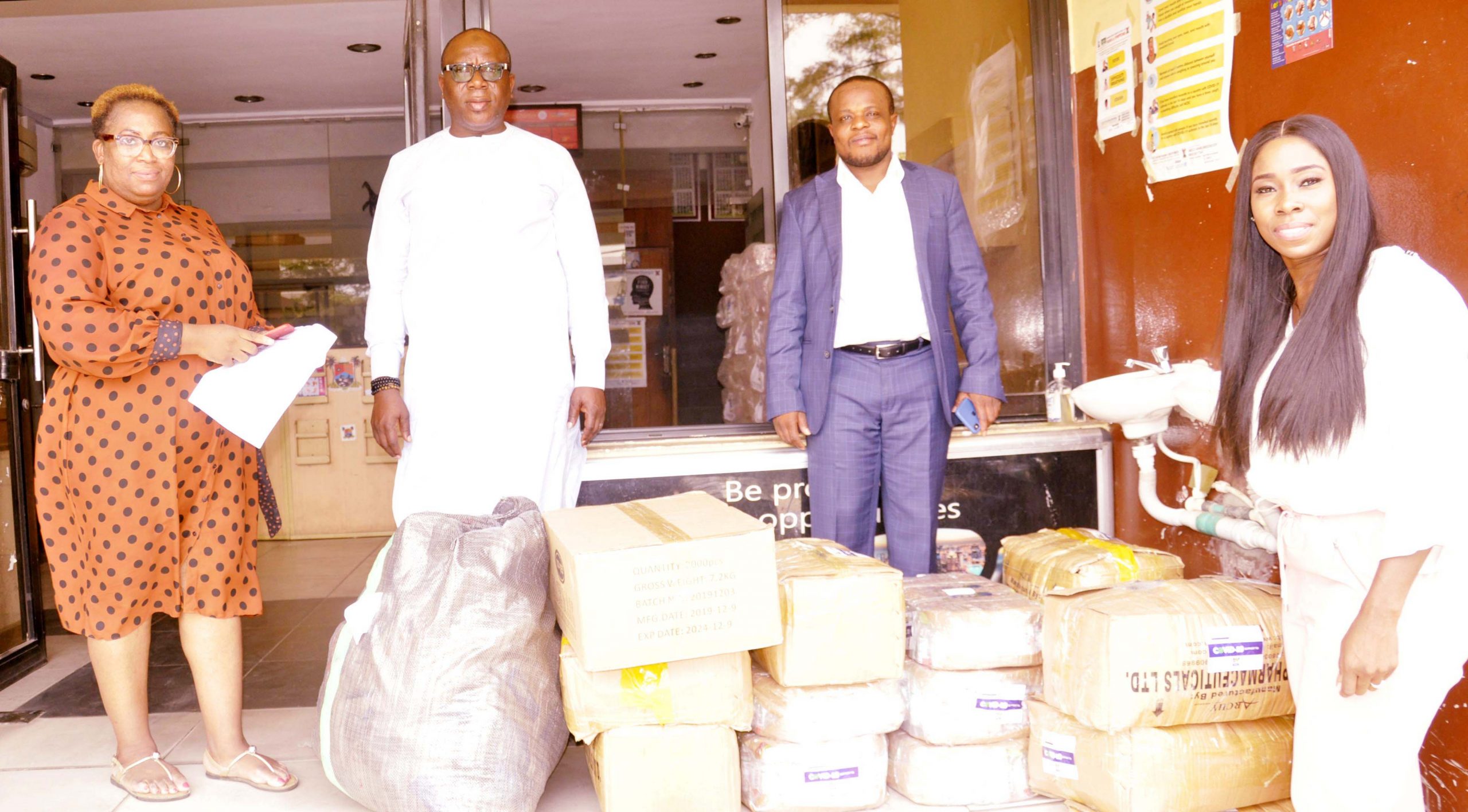 As parts of its Corporate Social Responsibility (CSR), the Nigerian Aviation Handling Company (NAHCO) on Wednesday, donated various medical items to the Lagos State Government, which would aid the fight against the ravaging Covid-19 virus pandemic.

This is just as the company lamented that the pandemic had impacted negatively on its finances,  but assured that the country would overcome it with the cooperation of the citizenry.

Speaking at the Lagos State Ministry, Alausa, Ikeja, Mr. Saheed Lasisi, Group Executive Director, Commercial and Business Development, NAHCO, said that the ground handling company supported the government because of its attempt at curbing the spread of the deadly virus in the state and the country.

Lasisi also lauded the Federal Government for being proactive in combating the pandemic in the country, noting that the steps so far taken by the government had help to reduce its havoc in Nigeria.

He emphasised that the proactive stands of the government was responsible for the low number of cases recorded in the country and hoped that the number would continue to decrease in the country.

He said: “As a corporate responsible company, we saw what is happening around the country, we are amazed. And we think we needed to support the Lagos State Government, which has really done well to tackle the pandemic.

“In our own little token to support the fight against the pandemic, we decided to give the state government the little that we can.

“To those people who still think the pandemic is a gimmick, I think they are ignorant or intend to play politics with it. This is not a joke. If something has affected over two million people around the world with about 130,000 deaths, it shows this is not a joke, but real.

“So, everyone should go back to the drawing board, listen to our government and play safe. People should stop playing games with ignorance, it won’t lead us anywhere.”

Lasisi explained further that the company would also expand its CSR to the Federal Capital Territory (FCT) in the coming days, stressing that it would further donate more items to the Lagos State Government to boost its performance in fighting the virus.

He appealed to Nigerians to adhere strictly to the directive of the government, citing Italy and Spain as some of the nations the pandemic had caused grave havoc as a result of non-adherence to government guidelines and rules.

Lasisi decried that the pandemic and eventual lockdown had affected the company’s projection for 2020, noting that aviation industry was the worst it by the crisis.

“You should know that the number one industry that this thing would affect is aviation. If aircraft doesn’t fly, no one in the industry makes any amount of money, which means about 90-95 per cent of our revenues would be eroded.

“Even, after the pandemic, before you start having the kinds of numbers that you used to have, it may take three months or six months. We all know year 2020 will not be a good year for all of us financially. We just hope this pandemic will be over so that we can go back to our usual business.