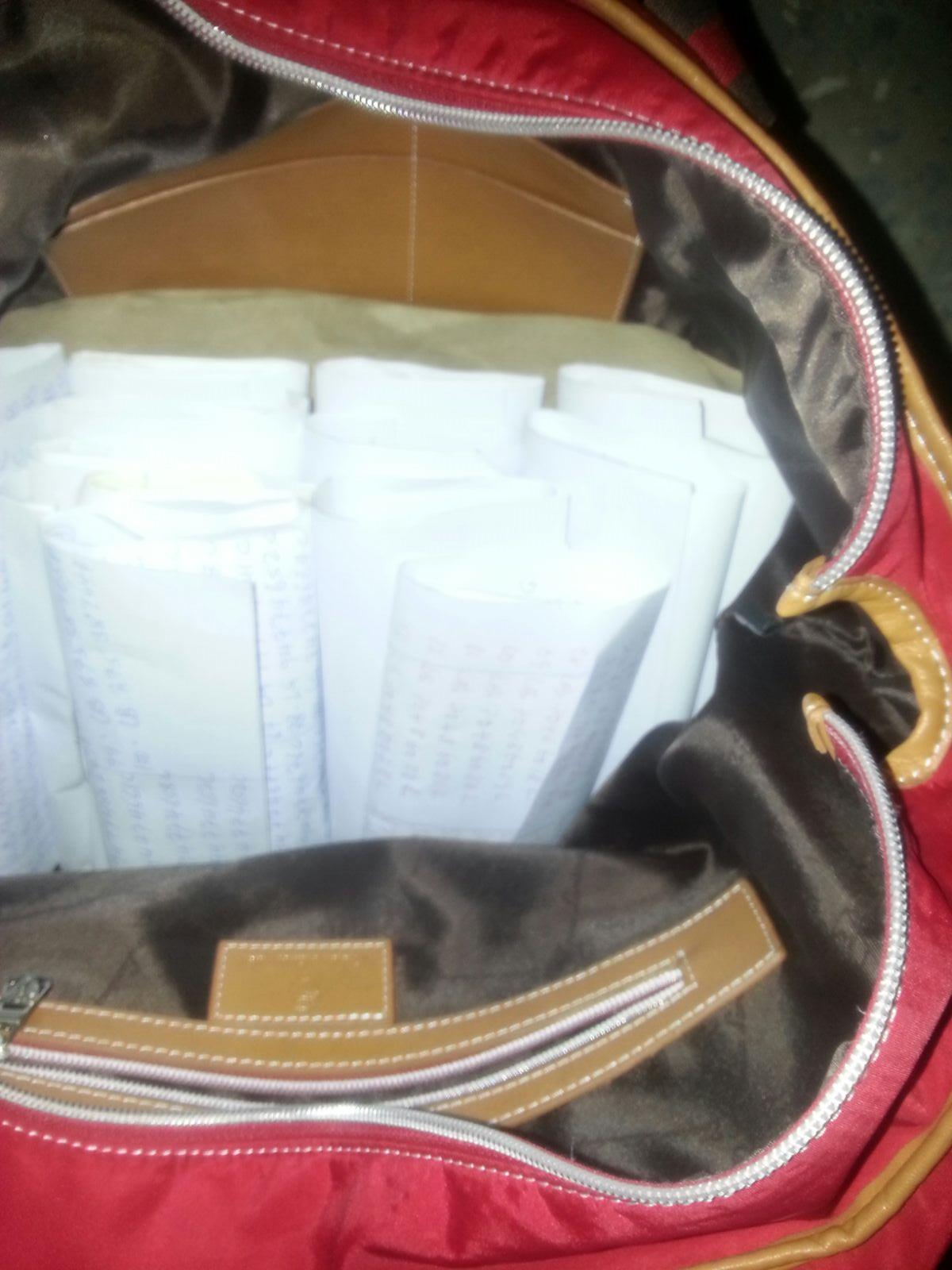 White Envelopes of money inside the bag

Mitchel Ofoyeju, NDLEA spokesman said, the suspect, Olukoya Sarah Ogunade, was arrested while trying to board a Virgin Atlantic flight to London at the Murtala Muhammed International Airport, Lagos.

During the search, she was found with $114,245 and €2,020 euros inside thirteen white envelopes in her luggage.

Born to a Nigerian father and a Scottish mother, Olukoya Sarah possess both Nigerian and British international passports.

NDLEA Director of Assets and Financial Investigations (DAFI), Victoria Egbase said that the suspect was arrested on suspicion of currency trafficking.

The suspect in her statement made voluntarily under caution stated that the seized monies are her legitimate earnings.

“I am an Architect based in London. The money is part of rent paid to me by tenants in a property I inherited. It is also part of architectural and interior decoration work I did as well as loans from family members. I used to send money through the bank but the new regulation made me to carry cash. I intend to use the money to pay my children school fees and my medical bills”.

Ogunade did not provide documents and material evidence to substantiate her possession of the money found on her. This according to the Agency suggests currency trafficking.

Though the NDLEA did not link the money to proceeds of narcotic trade, it however insisted that lack of declaration of the money makes her action not only suspicious but liable to prosecution under the Act.

Section 2 subsection 5 of the Money Laundering Prohibition Act 2012 as amended states that any person who falsely declares or fails to make a declaration to the Nigerian Customs Service pursuant to section 12 of the Foreign Exchange (Monitoring and Miscellaneous Provisions) Act, Cap. F34, LFN, 2004 is guilty of an offence and shall be liable on conviction to forfeit the undeclared funds or negotiable instrument or to imprisonment to a term of not less than two years or both.

Meanwhile, following the unsatisfactory explanation of the suspect, the Acting Chairman/Chief Executive of the Agency, Roli Bode-George has directed that the case be immediately transferred to the Economic and Financial Crimes Commission (EFCC) for further investigation and action.