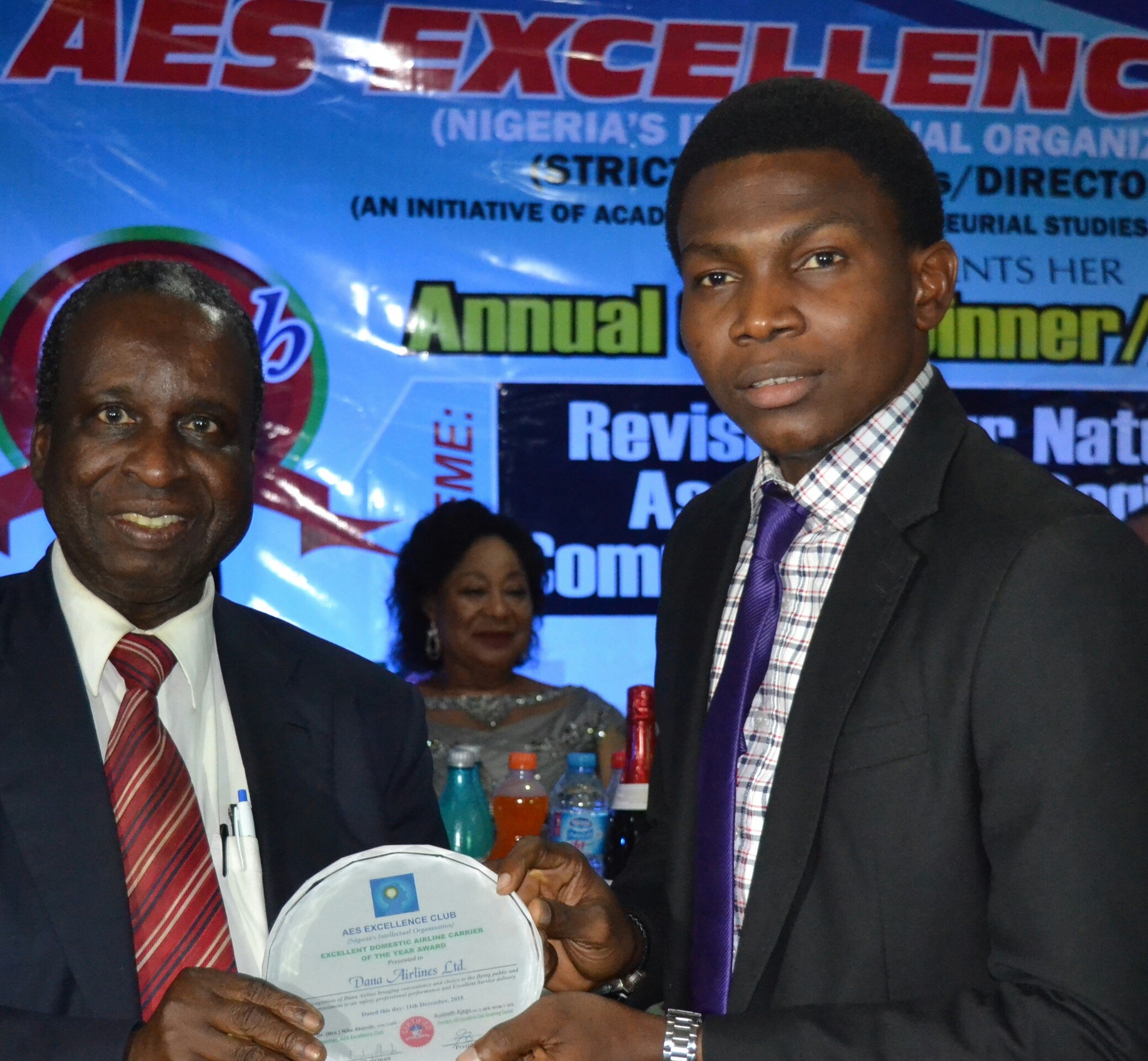 In recognition of its exceptional customer service, innovative online products and efficiency, Dana Air has bagged the domestic airline of the year award.

The award ceremony was organised by AES Excellence Club and held at in Lagos.

The AES award is an initiative designed by the AES Excellence Club to reward, celebrate, encourage and project to the world individuals and organizations which made eminent contributions towards the development of our country in their various fields of Endeavour.

According to the AES Excellence Club, ‘’Dana Air emerged after a thorough and rigorous screening exercise by our team of assessors which was later subjected to verification through a public survey.

Godwin Omene while presenting the award to Dana Air said: this award is presented to you as a result of your outstanding customer service and efficiency. You came back with impressive innovations and we want you to keep it up’’

According to Dana Air’s Accountable Manager, Obi Mbanuzo, the airline is honoured to be named domestic airline carrier of the year by AES Excellence Club.

‘’We are honoured to have been named domestic airline carrier of the year by a credible organization.  The award is a vote of confidence in our service delivery and customer experience and our goal is not to improve on our quality in-flight service and customer service, but to continue to create innovations that will set us apart”, he said.

Meanwhile, the airline in its determination to make the Christmas and New Year holidays a special one for kids and guests, has revealed that from 19th December 2015,  it will be offering kids travelling on its flights a special in-flight package.

The airline also revealed that business class passengers will be treated to special meals while members of its frequent flyer program will benefit from its ongoing double miles promo.

According to Mbanuzuo, “From December 19, 2015,  our valued kids and guests will enjoy our special package when they fly from now till the end of January 2016 and our smart kids will be getting something extra to make this yuletide truly Special”

Only recently, the airline  launched daily flights from Lagos to Accra with a desire to bring pocket-friendly fares, quality service, on-time performance and innovative online packages to business and leisure travelers to the city of  Accra.