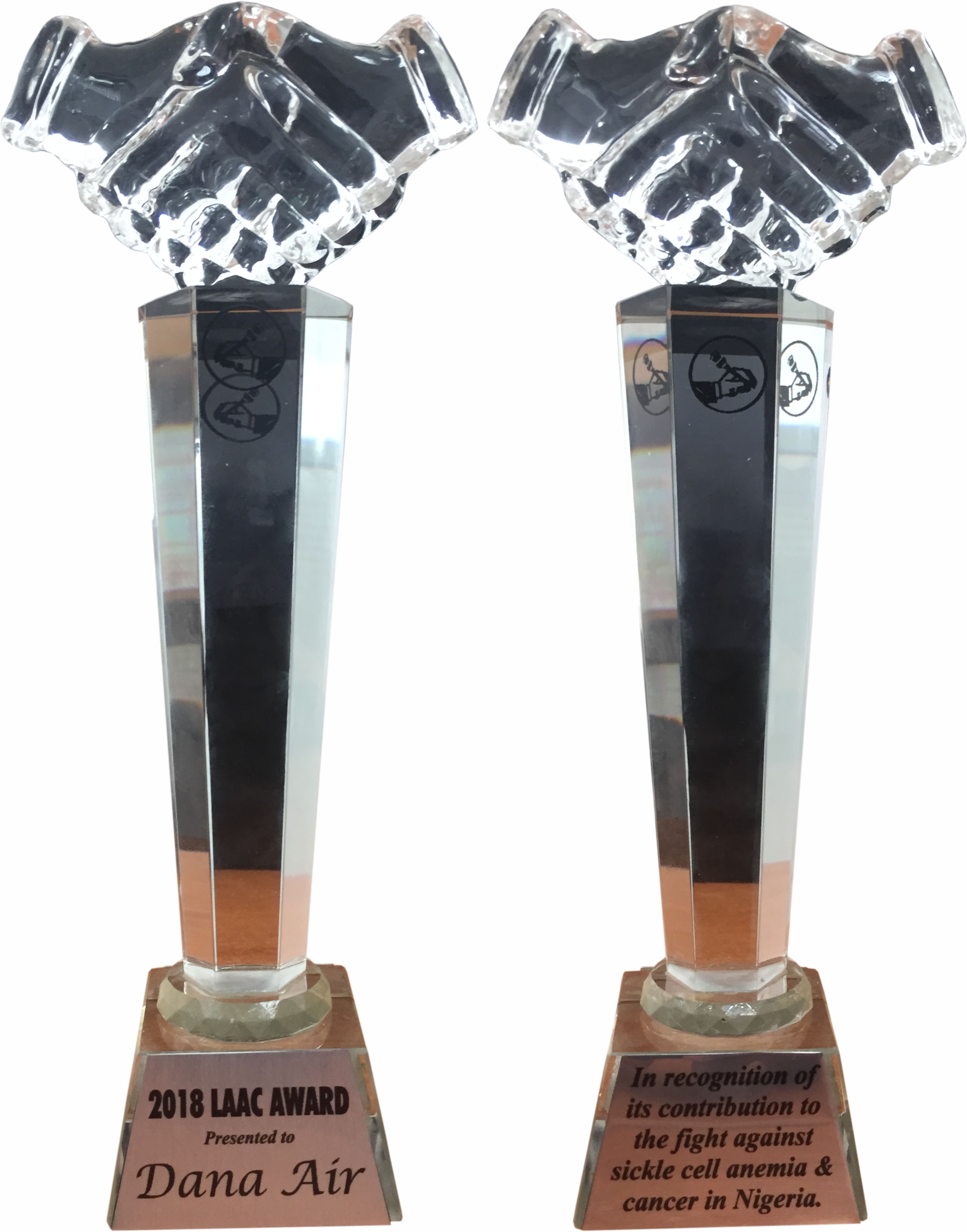 One of Nigeria’s leading airlines Dana Air has clinched another award for being the most socially responsible airline, at the 22nd League of Airport and Aviation Correspondents (LAAC) seminar and awards held recently in Lagos.

The award presented to Dana Air was in recognition of the airline’s contribution to the fight against sickle cell anemia and cancer in Nigeria across the country since its inception in 2008.

The Media and Communications Manager of Dana Air, Kingsley Ezenwa, while reacting to the award said, “at least our CSR efforts and contribution to the fight against sickle cell anemia and cancer is being recognized by a credible body. This is the 3rd award and we are happy that our media partners actually believe in our commitment to continually give back to the society. We thank LAAC for not only supporting the industry, but for being a credible watchdog.’’

Meanwhile the airline has commended the Federal Government for launching a campaign against fake news in Nigeria, stating that the campaign is timely and in the right direction.

Speaking on the recently launched campaign, the airline’s spokesman,  Ezenwa said, “obviously, the recent issues of too many fake news emanating from faceless people and on social media particularly WhatsApp, has prompted the Federal Government to take this step, which I feel is a step in the right direction.

“We have suffered it twice; last year, it was somebody in Akwa Ibom that posted a fake report on facebook without verifying and now on WhatsApp. A couple of other domestic airlines have also suffered similar faith, so we believe this is a good step, particularly for the aviation industry”, he said.

The Minister of Information and Culture, Alhaji Lai Mohammed, while launching the campaign in Abuja said, fake news has become a threat to global peace, including Nigeria, and if left unchecked, could endanger human existence.

The Minister appealed to Nigerians to play an active part by verifying information before sharing.  These simple measures may not end fake news but will go a long way in stemming its spread.” he said.