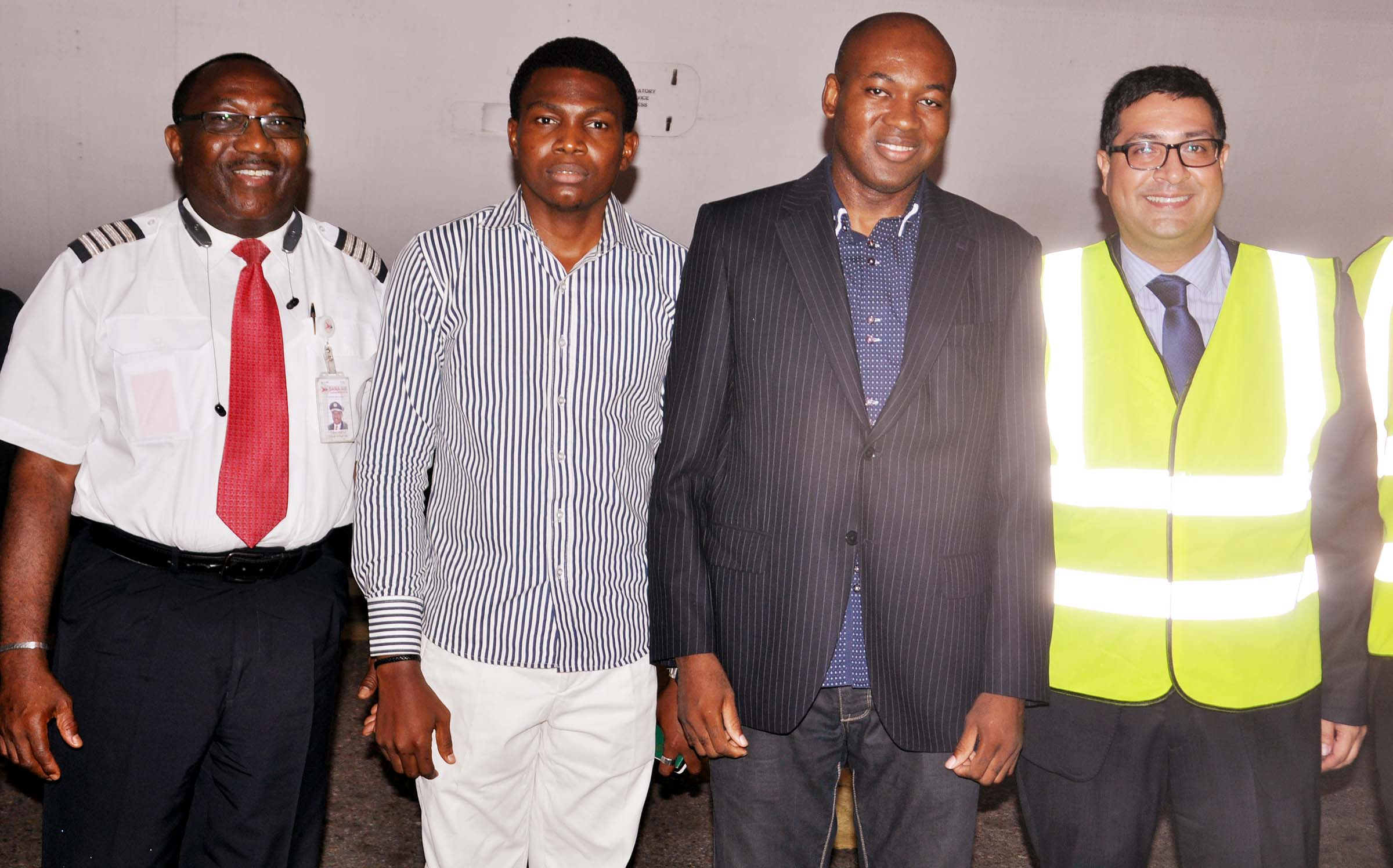 Dana Airline on Saturday, commenced daily flights between Lagos and Accra, joining other three Nigerian airlines, to compete for passengers’ loyalty on the route.

At about 6.50pm, the Dana flight 9J-993, commanded by Capt. Segun Omole, landed at the Kotoka International airport, Accra with over 26 passengers on its inaugural flight, from the Murtala Muhammed International Airport, Lagos.

Speaking at a Lounge inside the Airport, Sukhjinder Mann, Dana Air representative in Accra, said he is very confident that with the performance, brand, products and services of the airline, it will compete favourably.

“We are the fourth airline operating into Accra from Nigeria, the quality services that we offer stand us out, we have on-time performance, good pricing, we have come back with renewed package to serve, with good quality in-flight refreshment and excellent cabin crew members, we will surpass our competitors”, he said.

Also speaking, Obi Mbanuzo, accountable manager for the airline said Dana plans to still keep the fares low adding that the airline will vigorously pursue its connectivity plans within the West-Coast.

He said in 2016, passengers should expect new aircraft adding, ‘we will bring in different aircraft, our analysts are in the process of finalizing the exact fleet, we are also looking at other West-Coast operations, we are going to ensure that we build a network. Passengers are yet to experience Dana, they should expect to see the best airline in terms of performance and on-time delivery’.

Speaking further Obi said: Accra is a preferred destination for Nigerian businessmen and women and Dana Air’s foray into the city will further boost investments in the city and deepen the bilateral relationship between the two countries.’’

He noted that Dana Air’s daily flights to Accra will bring options, comfort and relief to its teeming guests who have been longing for an airline with superior on-time performance and world-class in-flight service.’’

Meanwhile, Mbanuzo has decried the negative impact of the dwindling fortune of naira, adding that exchange rate was impacting on their transactions on a daily basis.

“Dana earns all its revenue in naira but our transactions with maintenance organisations, spare parts dealers and other suppliers are in foreign currencies, therefore, the exchange rate is affecting us, we are not coping, but we have to continue to be in business. But we hope that in the new-year, government will look into the situation as promised and things would come out better. These are some of the challenges we presented before the Ministry recently”, he said.

Only recently, Dana Air marked its 7th year anniversary announcing more customer-friendly initiatives like online check-in, frequent flyer program for loyal guests and was also recently unveiled as one of the 100 most respected companies in Nigeria by BusinessDay.

The airline is the only domestic airline to have undergone an operational audit conducted by the Nigerian Civil Aviation Authority (NCAA) and its foreign partners – flight safety group.