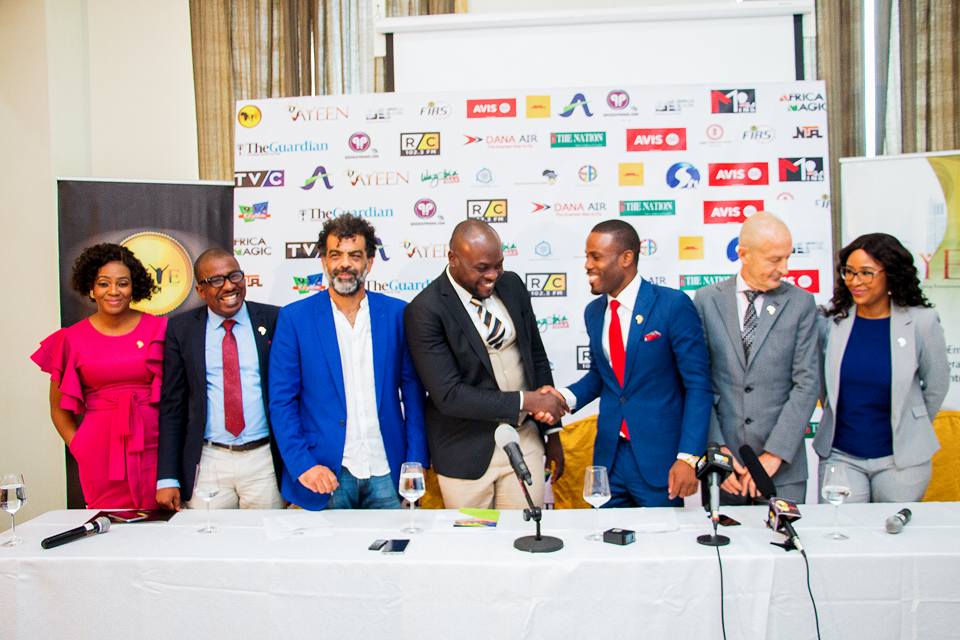 “As a responsible corporate organization, we are committed to helping young entrepreneurs actualize their aspirations and we believe there is no better way to reduce crime rate, and unemployment than supporting initiatives like this.”, he added.

He noted that the airline has been in the forefront of youth development in Nigeria and only recently, the airline introduced special fares for members of the National Youth Service Corps and students as part of the airlines’ way of supporting the efforts of the government and their parents.

Also commenting on the partnership, the Regional Manager of Africa’s Young Entrepreneurs, Mrs. Joy Michael stated that “Africa’s Young Entrepreneurs and its 12 million members, is where the world connects with Africa’s young and fast growing number of entrepreneurs. A.Y.E has successfully expanded to 20 African countries including the United States and England with world’s most successful businessmen and women as the trustee honorary members and executives to the organization. She stated that A.Y.E in the last four years  has identified, showcased and equipped budding and emerging entrepreneurs with relevant resources to either commence or scale up their businesses.”

Commenting further, Michael said, ‘Africa’s Young Entrepreneurs (AYE)  is happy that one of Nigeria’s most creative and youth-conscious airline Dana Air, is partnering with us and we encourage other well-meaning brands to come on board, as this promises to be bigger and exciting. The reality show is to influence start-ups, micro, small and medium enterprise to see the possibility of venturing into new business opportunities and scaling their existing businesses’.

Having bagged two CSR awards for its community relations activities and flown over 4.5 million passengers in the last eight years its operations, Dana Air is one of Nigeria’s leading airlines with over 27 daily flights from Lagos to Abuja, Port Harourt, Uyo and Owerri.

The airline is reputed for its world-class in-flight service, on-time performance and innovative online products.