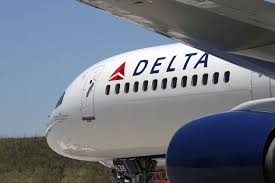 … Airline now serves two cities in US from Nigeria, introducing Airbus A330-200

When combined with the existing four-times a week nonstop service to Atlanta, Delta will offer a daily operation from Nigeria to its U.S. hubs.

The announcement comes as the airline prepares to celebrate 10 years of service to Nigeria in December and remains the only carrier to offer nonstop service between Nigeria and the United States.

Delta will operate both its New York-JFK and Atlanta routes using Airbus 330-200 aircraft, which are equipped with Wi-Fi and feature 34 fully flat-bed seats in the Delta One cabin.

Commenting on the development, Dwight James, Delta’s Senior Vice President Transatlantic , said: “Nigeria has been a strategically important market for Delta over the past 10 years and a mainstay in our African network. As we look ahead to the next decade, we are improving the product offering with the A330 and increasing the number of seats from Lagos”.

Delta’s Lagos to New York-JFK flight will operate on Tuesdays, Thursdays and Sundays and the return on Mondays, Wednesdays and Fridays. Night-time departures from Lagos have been scheduled to offer customers easy connections to more than 60 onward destinations via Delta’s New York-JFK hub including Boston, Washington, Baltimore and Chicago.

Also speaking, Jimmy Eichelgruen, Delta’s Commercial Director for Africa, the Middle East and India said:. “We’re proud to be the only airline to offer service to multiple U.S. destinations from Nigeria. Nigeria is an important market for Delta and this new flight reflects the increased demand for travel between the U.S. and Lagos

“Alongside the increased number of travel options, our service is tailored for our Nigerian customers, offering regional cuisine using local ingredients and showing popular Nollywood blockbusters as part of our inflight entertainment”, he added.

Highlights of Delta’s Lagos to New York-JFK and Atlanta on-board service include:

Fully flat-bed seats in the Delta One cabin, arranged in a ‘herringbone’ configuration with individual aisle access.

TUMI amenity kits in Delta One, plus a sleep kit with travel essentials for passengers in the Main Cabin.

Complimentary in-flight entertainment with Delta Studio at every seat, featuring Nollywood movies as well as Hollywood titles, hundreds of hours of TV, music and games.

Delta is the leading U.S. airline in Africa and flies to four African cities:  Accra, Ghana, Dakar, Senegal and Johannesburg, South Africa as well as Lagos. The airline also has sales offices in a number of additional markets, including Kenya and Uganda.

Delta Airlines serves more than 180 million customers each year. In 2017, Delta was named to Fortune’s top 50 Most Admired Companies in addition to being named the most admired airline for the sixth time in seven years.

Additionally, Delta has ranked No.1 in the Business Travel News Annual Airline survey for an unprecedented six consecutive years. With an industry-leading global network, Delta and the Delta Connection carriers offer service to 329 destinations in 59 countries on six continents.

Headquartered in Atlanta, Delta employs more than 80,000 employees worldwide and operates a mainline fleet of more than 800 aircraft.