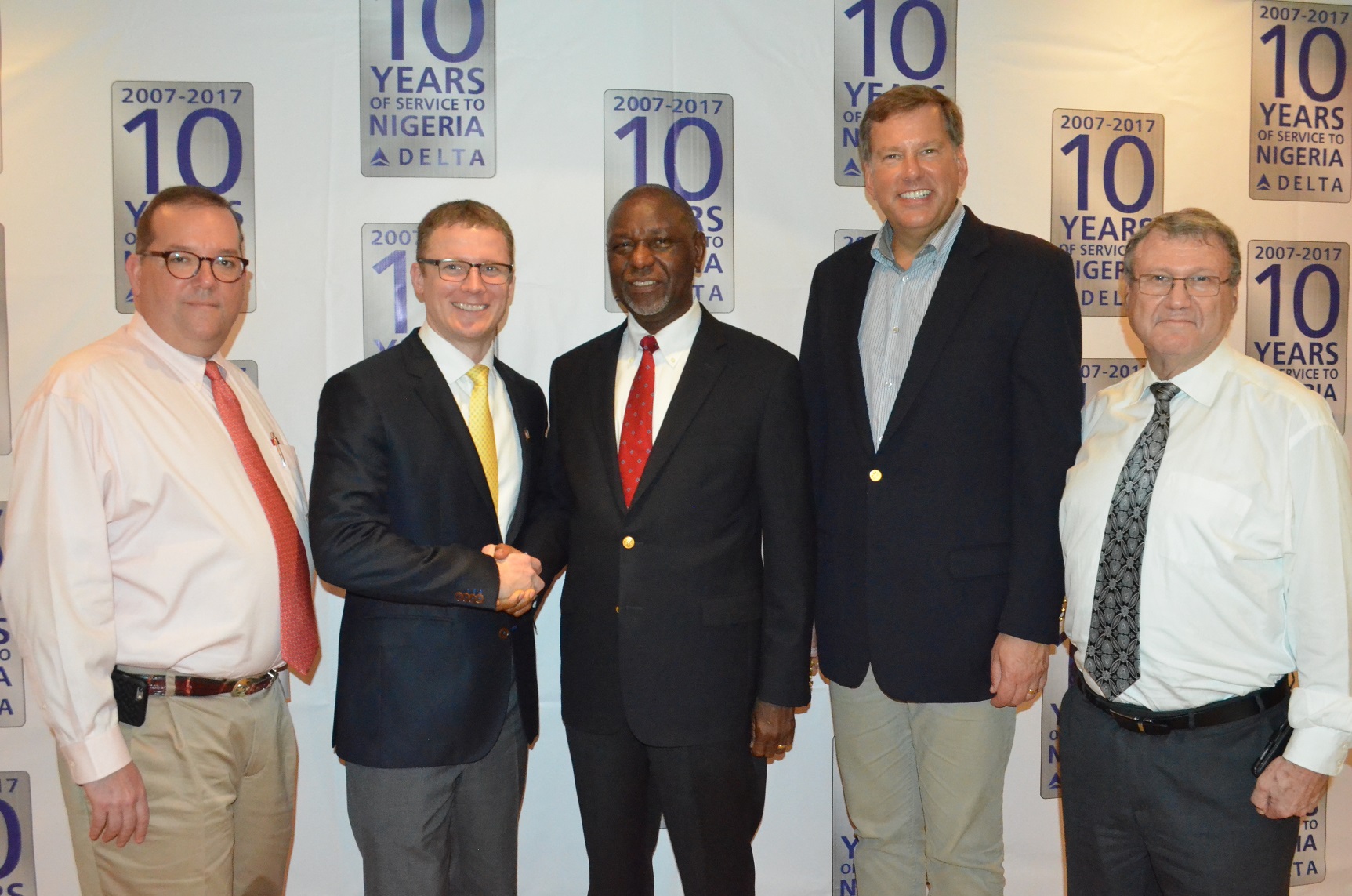 Delta Airlines, on Monday, marked its 10th anniversary of nonstop service between Lagos and Atlanta, revealing that it has carried 1.12 million passengers between the two countries during the period.

This is just as the airline revealed plans to launch flight services between New York and Lagos by March 2018.

Speaking at a press conference in Lagos, to mark the services, Bob Cortelyou, Delta’s senior vice president – Network Planning, said:  “It’s an honour to serve Lagos. For 10 years it has been an important route in our trans-Atlantic network not only for the business community, but also for customers reuniting with friends and families across the United States. With this milestone comes a new flight to New York-JFK starting in March and our customers can be sure we remain as committed as ever to delivering the very best in terms of network, schedule and on-board experience in Nigeria.” 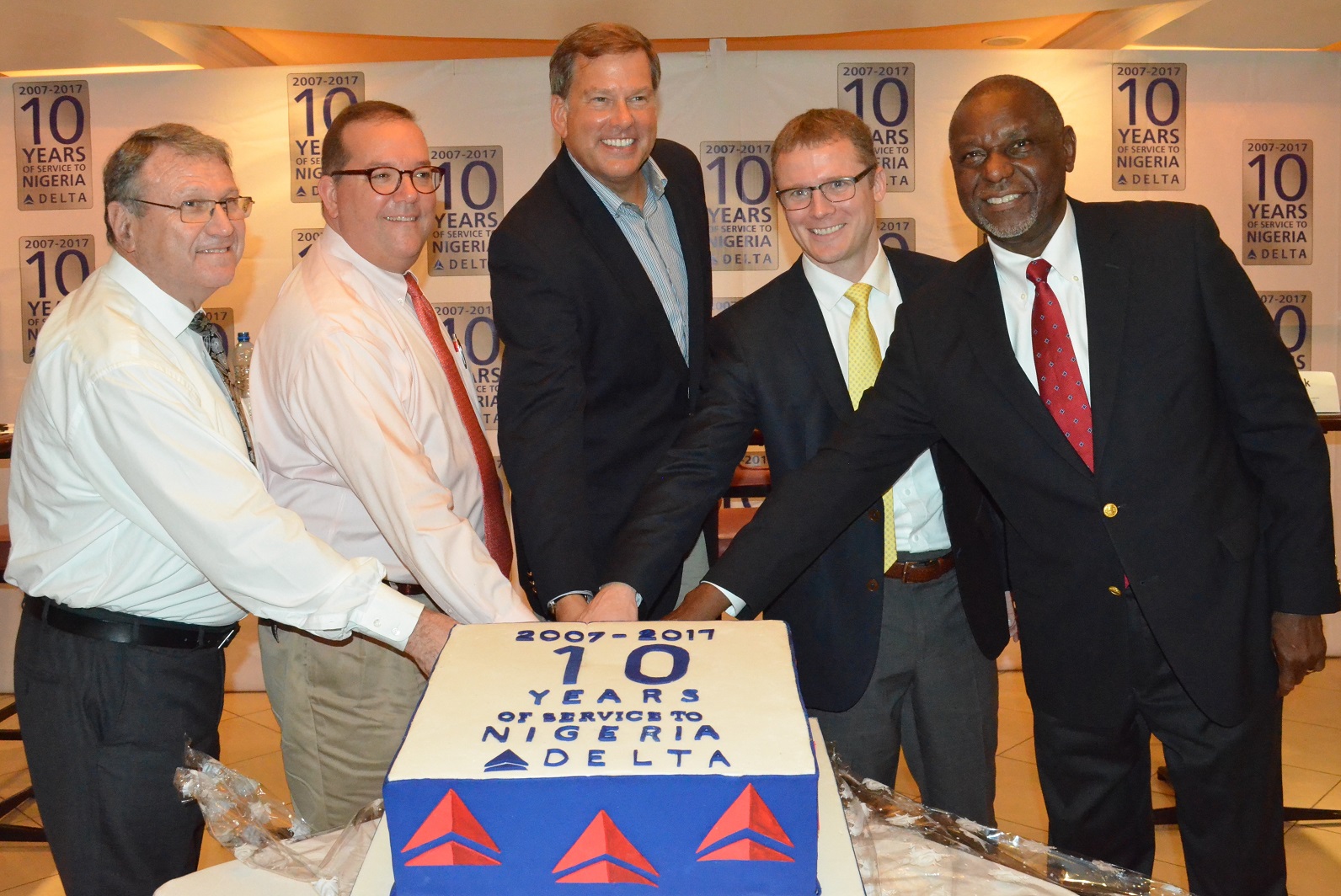 Cortelyou disclosed that over 300 Delta aircraft feature Nollywood blockbusters as part of Delta Studio in-flight entertainment, revealing that in the last six years of Delta’s Internship Program, it has offered graduates business experience with Delta in Nigeria.

He also said over 200 students participated in Delta’s Innovation Camp in partnership with Junior Achievement Nigeria.

Launched on December 4, 2007, Delta remains the only, U.S. airline to fly nonstop between Nigeria and the United States and has carried more than 1.1 million passengers between the two nations over the past decade.

“1.12 million customers have flown between Nigeria and the United States on Delta’s flights, he added.

From March 26, 2018, the airline will operate daily service between Lagos and the United States, with four weekly services to Atlanta complemented by three new weekly flights to New York-JFK.

Both routes will be operated using A330-200 aircraft, recently introduced onto the Lagos-Atlanta route, adding more seats and offering an enhanced on-board experience.

In addition to fully flat-bed seats in Delta One, Wi-Fi access, screens at every seat and free-mobile messaging throughout the aircraft, Delta’s services between Lagos and Atlanta are tailored to meet the preferences of local customers.

Delta Air Lines serves more than 180 million customers each year. In 2017, Delta was named to Fortune’s top 50 Most Admired Companies in addition to being named the most admired airline for the sixth time in seven years.

Additionally, Delta has ranked No.1 in the Business Travel News Annual Airline survey for an unprecedented seven consecutive years. With an industry-leading global network, Delta and the Delta Connection carriers offer service to 306 destinations in 52 countries on six continents.

Headquartered in Atlanta, Delta employs more than 80,000 employees worldwide and operates a mainline fleet of more than 800 aircraft. The airline is a founding member of the SkyTeam global alliance and participates in the industry’s leading transatlantic joint venture with Air France-KLM and Alitalia as well as a joint venture with Virgin Atlantic.