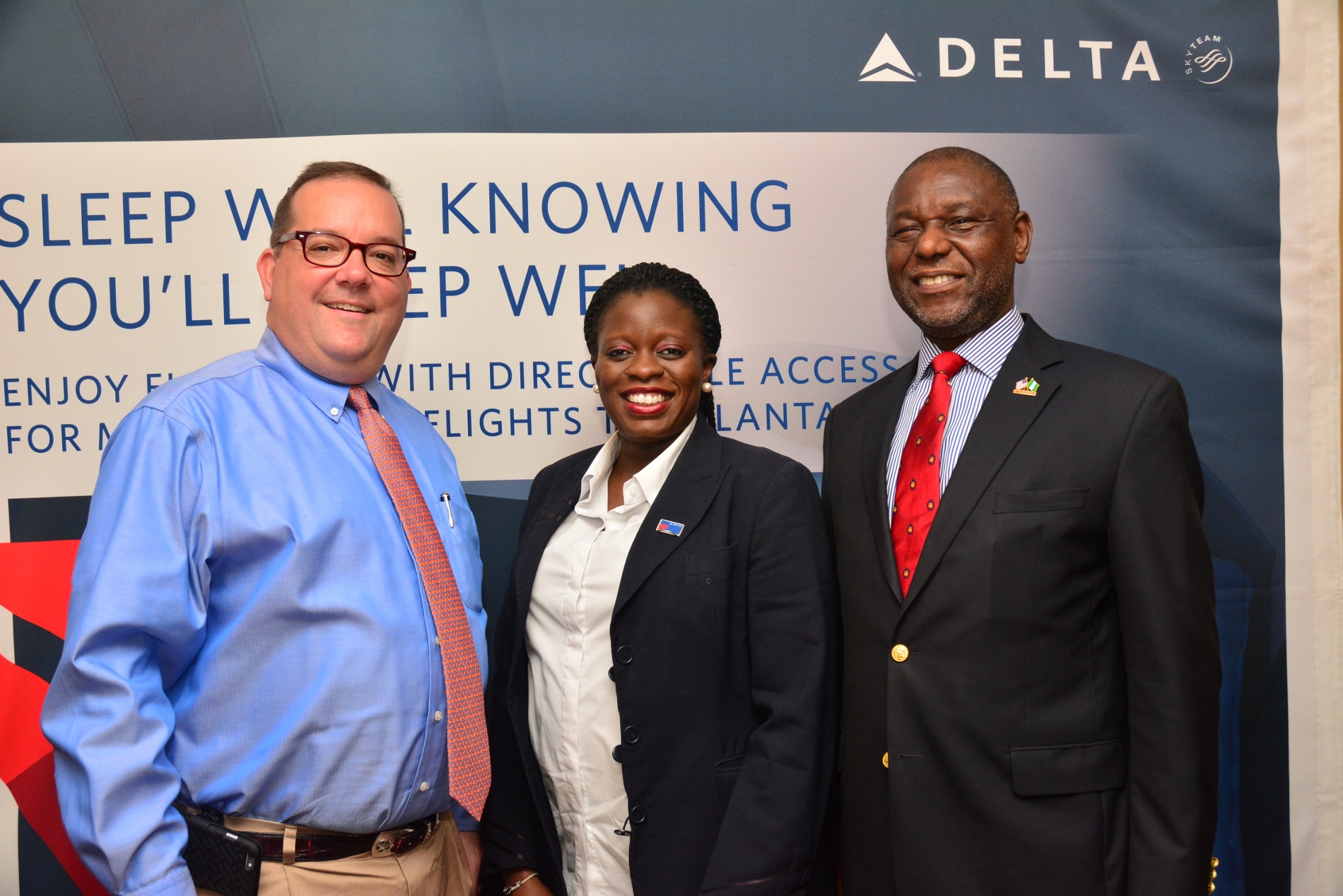 United States giant carrier and world’s largest airline by passenger numbers, has disclosed that it carried 900, 000 passengers in between Nigeria (Lagos) and United States (Atlanta) in the last eight years.

The Airline began direct services between Atlanta and Lagos in 2007 and had since not stopped operations for one day.

Bobby Bryan, Delta Sales manager, West and East Africa, at a press briefing on the activities of the airline in Lagos, today, disclosed that Delta has since 2006, transported nearly 4 million passengers on African routes since December 2006.

“The 2015 Q3 results was the 10th record quarter in a row for Delta. We earned a pre-tax profit of $2.2 billion – an increase of $547 million year over year. This allowed us to return $532 million to our owners through $107 million of dividends and $425 million of share repurchases.We have also strengthened the balance sheet by reducing adjusted net debt to $6.4 billion”, he said.

He noted that Delta was the first U.S. airline to launch service to Africa adding that today, it flies to four cities in four countries – all key points in West and Southern Africa including Accra, Ghana; Lagos, Nigeria; Johannesburg, South Africa and Dakar, Senegal

“We continue to invest in Africa to offer a quality service to Delta customers, we’ve worked with airport authorities and partner airlines to improve airport facilities for customers departing Ghana, such as air conditioning and better seating.In both West and East Africa, we run a Business Internship program across four countries: Nigeria, Ghana, Senegal and Kenya. We are investing in our product to set us apart from other airlines and offer our customers the best product experience”, he added.

On the Nigerian front, Delta is now the only airline to operate a daily year-round service between the U.S. and Lagos. On average, Bryan said the airline has a strong market share of the Nigeria – U.S. traffic with average load factors of over 80 percent.

It carries approximately 10,000 passengers per month adding that it operates a 208-seat Boeing 767-300ER on its flights between Lagos and Nigeria.

“This is one of seven aircraft that includes Lagos as part of its rotation, with other routes including the key business destinations of London Heathrow and Tokyo Haneda. And 85 percent of seats on the B767-300ER aircraft are a window or an aisle seat – making the aircraft particularly popular with customers flying in Main Cabin.

Nigeria’s cargo performance, he said, is improving and showing year over year growth.
So far this year, Delta cargo in Nigeria has transported 54 tonnes of cargo and has carried over 570 tonnes since 2007 when it began service.

Bryan disclosed further that Delta has invested over $4 billion upgrading its customer experience to include:Fully flat-bed seats in the Delta One cabin, with direct aisle access, more Wi-Fi than any other carrier and which will be deployed to its Lagos route in 2016.

He said 85 percent of the international fleet will be equipped by the end of the year, with all aircraft retrofitted in 2016.

“We have also partnered with select brands to bring our customers more comfort on board. These include Westin Hotels and Resorts, which created the Westin Heavenly duvets and pillows for Delta One, plus TUMI and Malin+Goetz, which produce our amenity kits.”.

On customer experience, he said the Delta App, which is closely aligned to delta.com, allows customers to purchase flights, redeem SkyMiles for travel, check flight status and view the news feed among other functionalities.