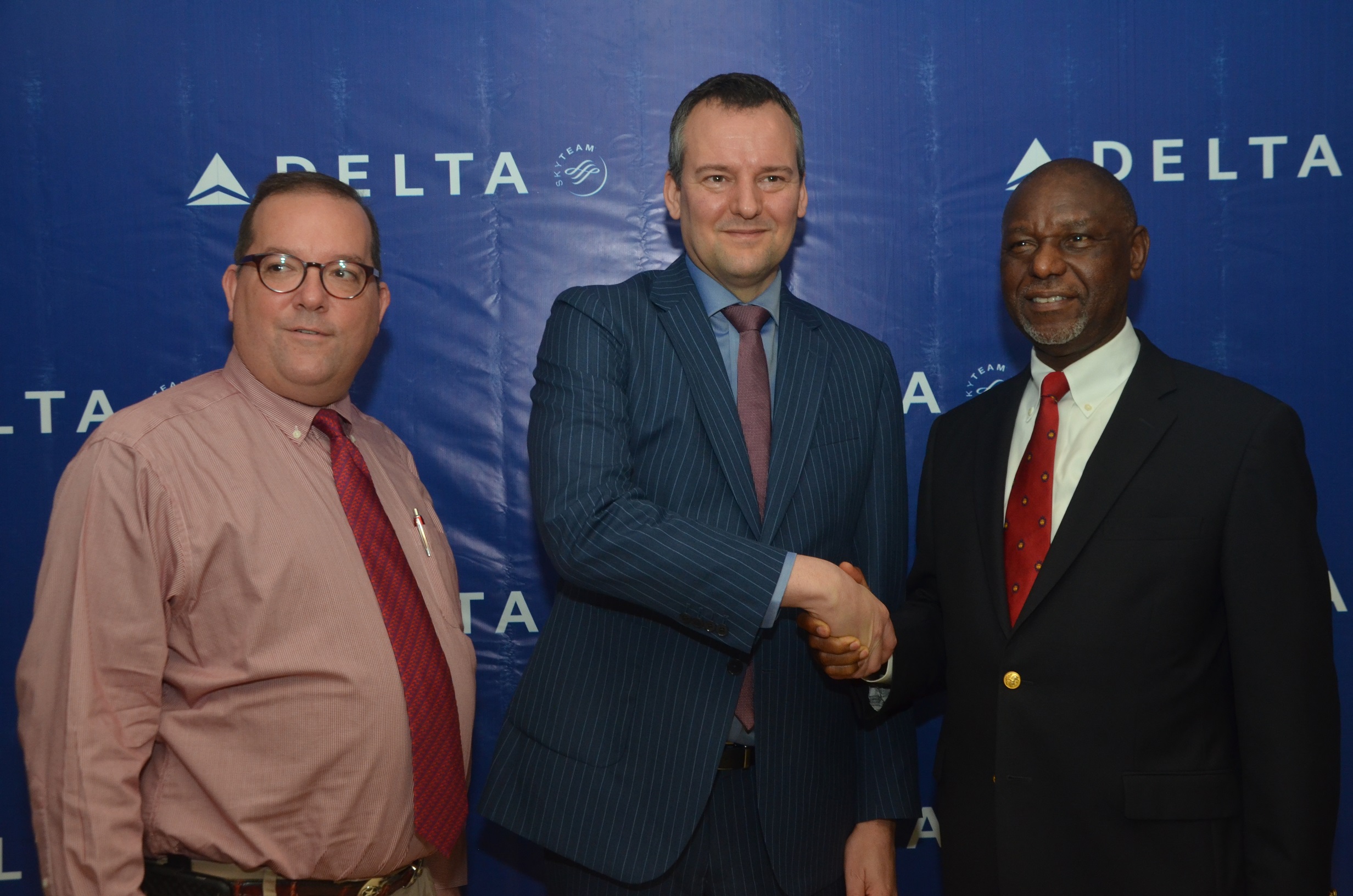 Corneel Koster, Senior Vice President, – Europe, Middle East, Africa & India, who spoke at programme in Lagos to announce the launch of the new route, said the airline has seen a lot of potentials in the travel industry in Nigeria, ‘especially as Nigeria diversifies its economy’, adding it will continue to harness it, especially when the World Bank has forecast 2.5% Gross Domestic Product (GDP) for Nigeria in 2018.

He said despite slight decrease in passenger traffic on the route in 2017 between the two continents, the airline remains determined that with what the future holds for Africa, traffic will figures will improve.

He said the U.S. goods and services trade with Nigeria has totalled an estimated $9.0 billion in 2016 adding that Delta will now link two financial cities.

Speaking further, he said Delta is the largest carrier connecting the U.S. and Africa with nonstop flights as it operates to four African cities with 44 flights per week. 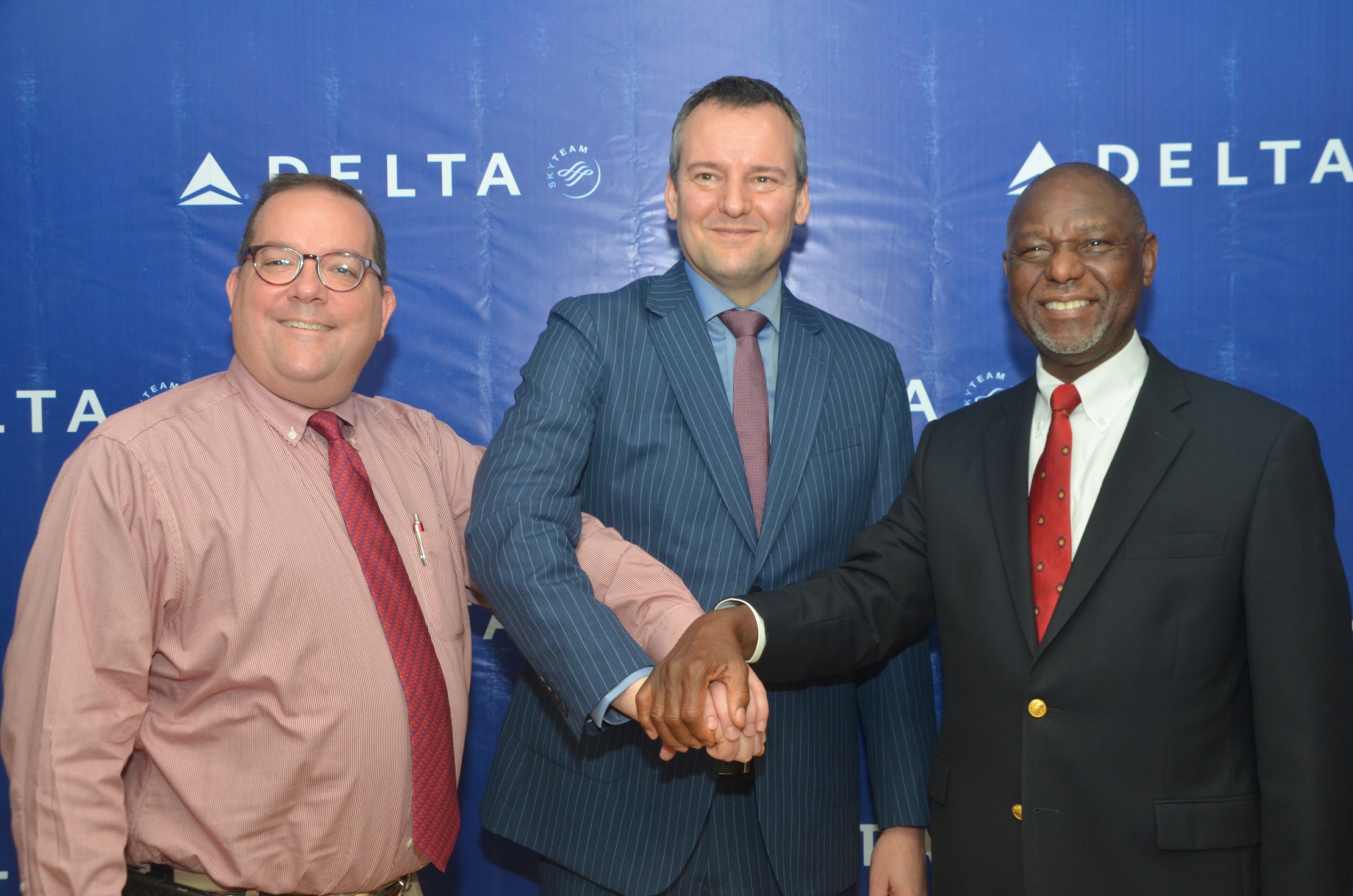 Koster said the airline’s strong partnerships Kenya Airways alongside our Joint Venture partnership with Air France-KLM, Alitalia and Virgin Atlantic will enhance its new route in terms of connection beyond the U.S.

He was grateful to the Federal government for resolving the forex issues that almost ground the travel sector between 2015 and 2017, adding, ‘we were able to weather the storm despite difficulties, the travel domain remains strong’.

The New York-JFK route complements the airline’s existing flight to Atlanta, providing a daily departure and more travel choice to the U.S. than ever before.

The New York-JFK flight will operate three times weekly, with Delta’s existing services to Atlanta departing on the other four days. Customers flying to Delta’s New York-JFK hub will benefit from more than XX connections across the U.S. to destinations including: Washington D.C., Baltimore and Chicago.

“With the U.S. the largest foreign investor in Nigeria, this new route underscores our commitment to the market by facilitating trade and commerce between our nations. We’re proud of Delta’s 10-year history in Nigeria and that we are the only airline to offer daily nonstop flights, bringing benefits to Nigerian business travellers while also providing more opportunities to reunite with families and friends across the United States”, said Koster, 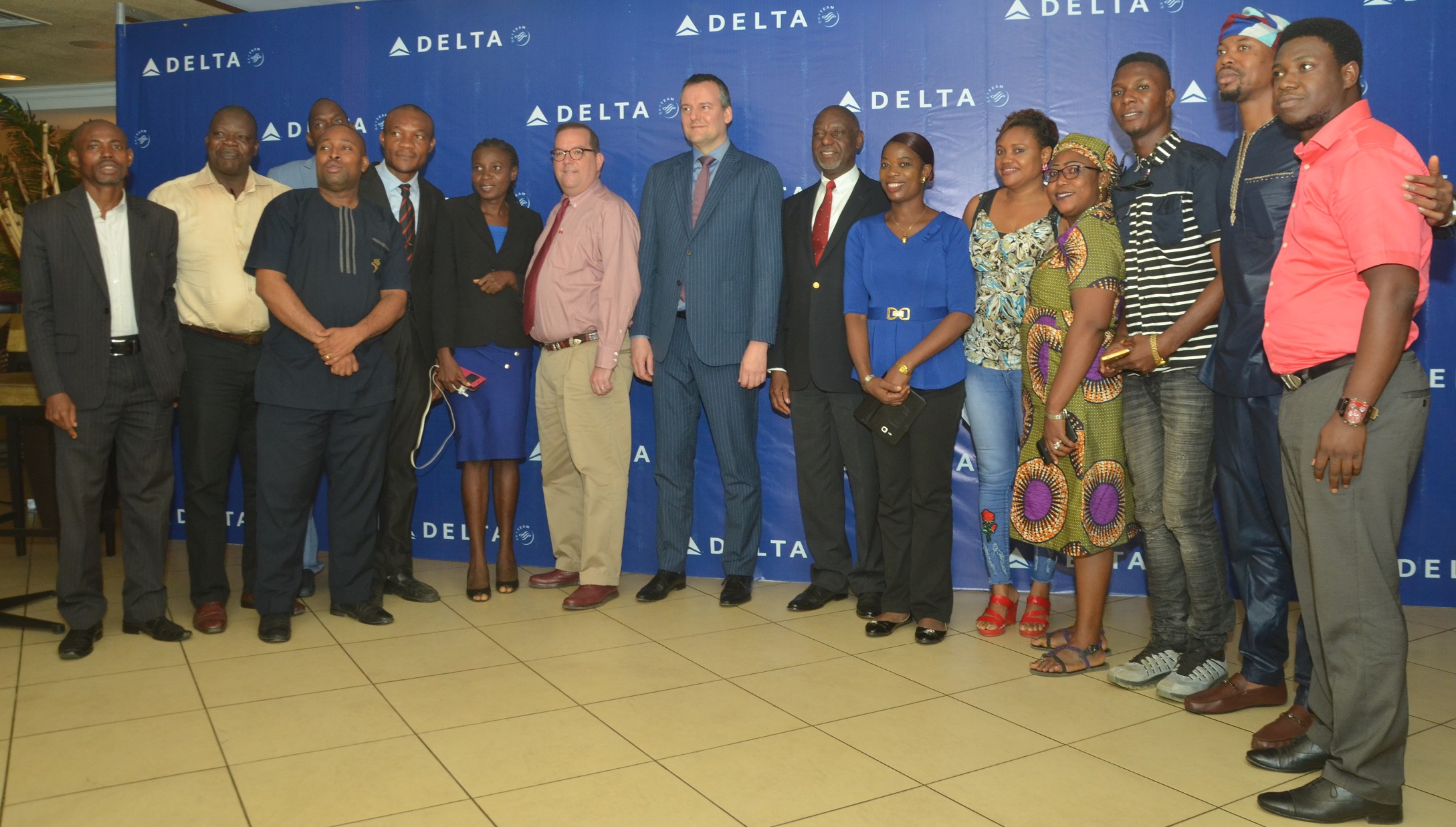 Delta team with the media during the press conference announcement of the new Delta Air Lines Lagos New York route in Lagos.

Delta’s New York-JFK and Atlanta flights from Lagos are operated using 234-seat Airbus A330-200 aircraft. Offering an elevated onboard experience in every cabin, Delta’s services from Lagos feature: