Demuren to present paper on MRO at LAAC seminar 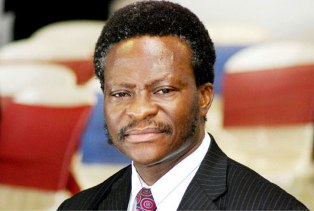 The number of speakers at the forthcoming seminar of the League of Airport and Aviation Correspondents (LAAC) is swelling by the day as the Dr. Harold Demuren, the former Director-General of the Nigerian Civil Aviation Authority (NCAA) has indicated interest to present a paper at the event.

Demuren who is set to present a paper on ‘Maintenance, Repair and Overhaul (MRO) Financing Option for Nigeria’ said his paper would dwell on available opportunities for the country.

The former NCAA-DG, in a telephone conversation with the Seminar Committee stated that he was already working on his paper to be presented at the seminar.

He said: “I am already working on my paper to be presented at the LAAC’s seminar. I can assure that the paper would be ready before the date.”

Apart from Demuren, major personalities in the global aviation industry have also indicated their willingness to participate in the seminar, which is scheduled to hold on Thursday, July 19, 2018 at the Sheraton Hotels and Suites.

Other papers to be presented at the seminar included: ‘Funding Perspectives of Aviation Security in Nigeria, ‘Federal/State Government Partnership in Air Navigational Development and ‘Partnerships as Key to Survival of Local Airlines’ among others.

The theme for the seminar is: ‘Financing Aviation Development Through Private Sector Partnerships.

Demuren is an aeronautical engineer with over four decades of experience in the aviation industry. As the Director-General of NCAA, he was responsible for the current reform in the Nigerian aviation sector.

Demuren obtained Diploma in Russian Language at the Moscow State University, Moscow, USSR (1965-1967). He proceeded to Kiev Institute of Aviation Engineers, Kiev in former Soviet Union where he obtained Masters of Science in Aeronautical Engineering (M.Sc) in 1972 and then to Massachusetts Institute of Technology (MIT), Cambridge, Massachusetts, USA for the Doctor of Science D.Sc in Aircraft Gas Turbine & Jet Propulsion Engines (1975).

He was a former Assistant Director of Airworthiness and rose to become the Director of Safety Services in the defunct Federal Civil Aviation Authority before he retired in 1995.

His research work is on the Design, Manufacturing and Testing of high Temperature, high Pressure ratio transonic turbine blades for advance gas turbines and jet aircraft engines for the United States Air Force and Navy at the Gas Turbine and Jet Aircraft Propulsion Laboratory (1972-1974) and also a joint experimental investigator with the Turbo-machinery Group of Von Karman Institute for Fluid Dynamics at Rhode Saint Genesse, Belgium, a NATO Research Institute (1974-1975).

On September 28, 2010, Demuren was elected as the President of the 37th General Assembly of International Civil Aviation Organization (ICAO) held in Montreal, Canada from 28 September to 8 October 2010.

The appointment was unanimously endorsed by all the delegates of the 190 contracting states of the ICAO. His emergence made history as the first time an African was elected to preside over the ICAO General Assembly, the United Nations global aviation agency.

The assembly passed landmark policies on global Aviation Safety, Aviation Security and the Environment for the Industry. It was at this notable assembly that the historic Climate Change agreement was reached.