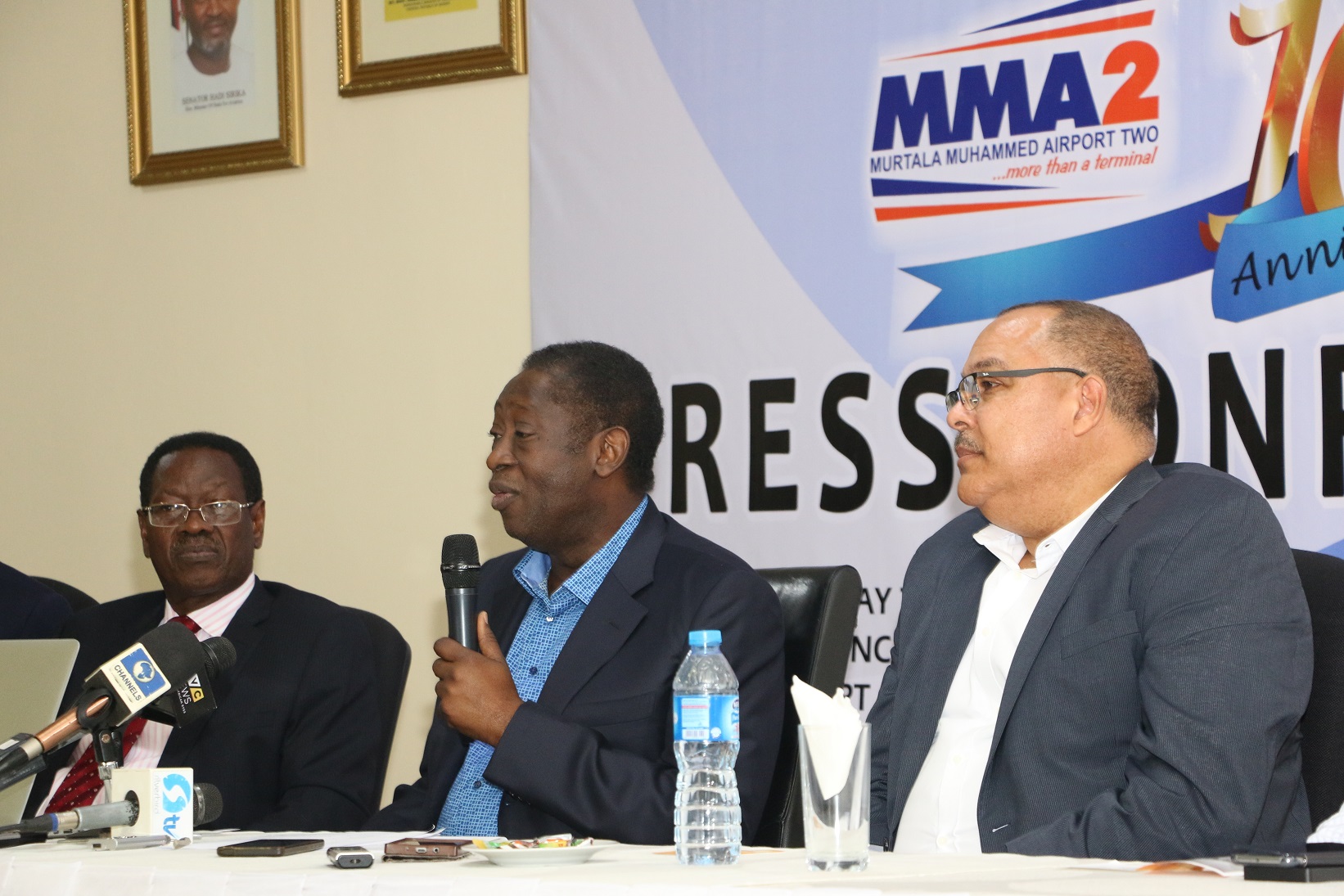 Despite the challenges that confronted the operations of Murtala Muhammed Airport terminal two (MMA2) in Lagos, a terminal operated by Bi-Courtney Aviation Services Limited (BASL),  it has in the last ten years, processed 20 million passengers, played host to 400,000 flights and created jobs for over 100, 000 people.

It was inaugurated in May 2007 by former President Olusegun Obasanjo.

Speaking at a press conference to mark the 10th year anniversary of terminal in Lagos, Capt. Jari Williams, Chief Executive Officer of BASL, called on private investors to learn from the issues that have emanated from the concession agreement, adding that the operators of MMA2 have courageously maintained a high standard, despite huge challenges.

He said MMA2 terminal has the capacity to facilitate four million passengers per annum with modern facilities, such as self-service check-in kiosks, automated access gates, as well as passenger and baggage reconciliation system.

MMA2, he said is the first and only terminal to deploy such in Nigeria.

“The terminal has an obvious passenger and airline demand due to its safety, efficiency and technology. Over the years, MMA2 has been home to major airlines flying to various destinations in Nigeria.

“MMA2 has handled over 20 million passengers, 400,000 flights and created employment opportunities for over 100,000 people in the past 10 years. The award-winning terminal is also home to retail outlets, shops, restaurants and banks offering a wide range of products.

“Despite the opposition that has stifled the project, MMA2, is a product of courage and tenacity. This is significant because what started out in a modest way has become the benchmark for how airport terminals should be run.

“This is the first successful PPP in Nigeria. MMA2 has changed the face of the aviation industry, leading to airlines and passengers demanding for better services from government-run airports.

“The courage to maintain the facilities amidst stiff opposition is a lesson for private investors wishing to invest in the concession opportunities now available by government”, he said.

Williams, who praised the commitment of the Chairman of BASL, Dr. Wale Babalakin, said he has demonstrated such to use private enterprise for the provision of public infrastructure while constantly fulfilling our obligations to stakeholders, despite the challenges in keeping to the concession agreement signed with government.

“The Chairman’s audacious initiative has kept inspiring, Bi-Courtney Aviation Services staff and management over the years to keep the focus on sustaining MMA2 terminal to be the best and most innovative terminal in Nigeria”, he added.

Meanwhile, chairman of BASL, Dr. Wale Babalakin has said that the terminal has all facilities needed to handle regional flights, saying government has refused to honour the agreement signed for it commence.

According to him, ‘the Federal government two years ago, signed an agreement for us to commence regional flights immediately but nothing has happened, we are ready to commence regional flights . There was a time Federal Airports Authority of Nigeria (FAAN) said it was NCAA that would implement the agreement, NCAA said it was FAAN at the same time, yet, we are ready, the terminal is underutilised. Our position on concession remains that things be dome appropriately and in accordance to the rule of law”.