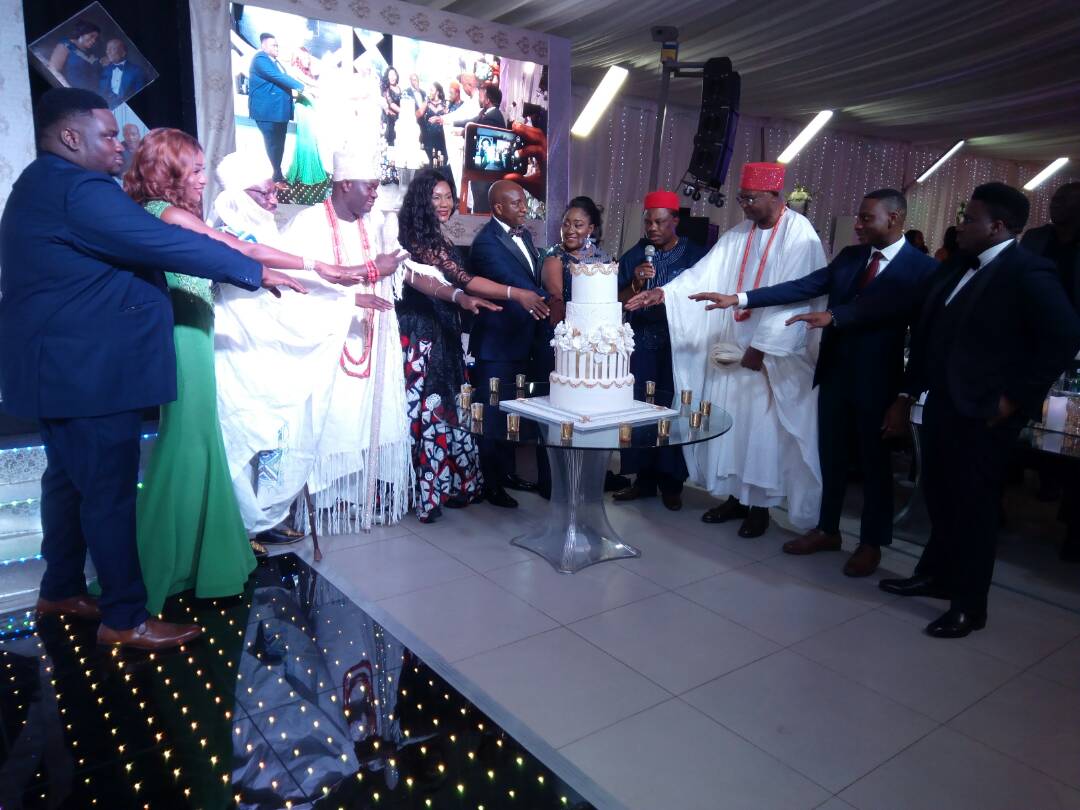 Air Peace Chairman/Chief Executive Officer and Vice Chairman, Mr. Allen and Mrs. Alice Onyema on Saturday marked their 25th wedding anniversary in grand style, with top Nigerians and foreigners pouring in from within and outside Lagos to grace the night of fun, love and music.

The silver jubilee celebration held a day after Air Peace took delivery of its newly acquired Boeing B777-200 aircraft, becoming the first and only Nigerian airline to procure and register the brand of airliner in the country.

Dignitaries at the event took turns to share their admiration, love respect for the couple at the elaborate ceremony, which took place at the Harbour Points Events Centre, Victoria Island, Lagos. 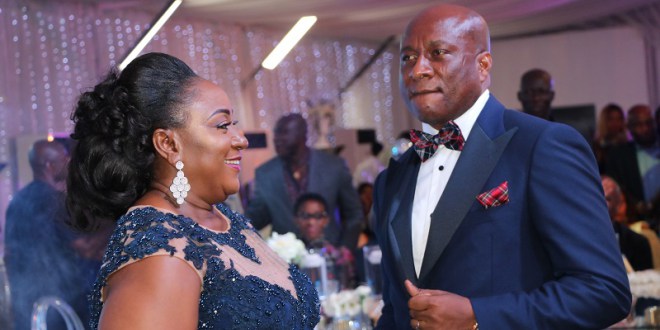 The guests included the Governor of Anambra State, Chief Willie Obiano, the Ooni of Ife, His Royal Highness, Enitan Ogunwusi, the Obi of Onitsha, His Royal Majesty, Nnaemeka Alfred Achebe, the Emir of Kano, who was represented by the Jakadan Hausa, Alhaji Ibrahim Sambo and the Minister of Labour and Productivity,  Dr. Chris Ngige. 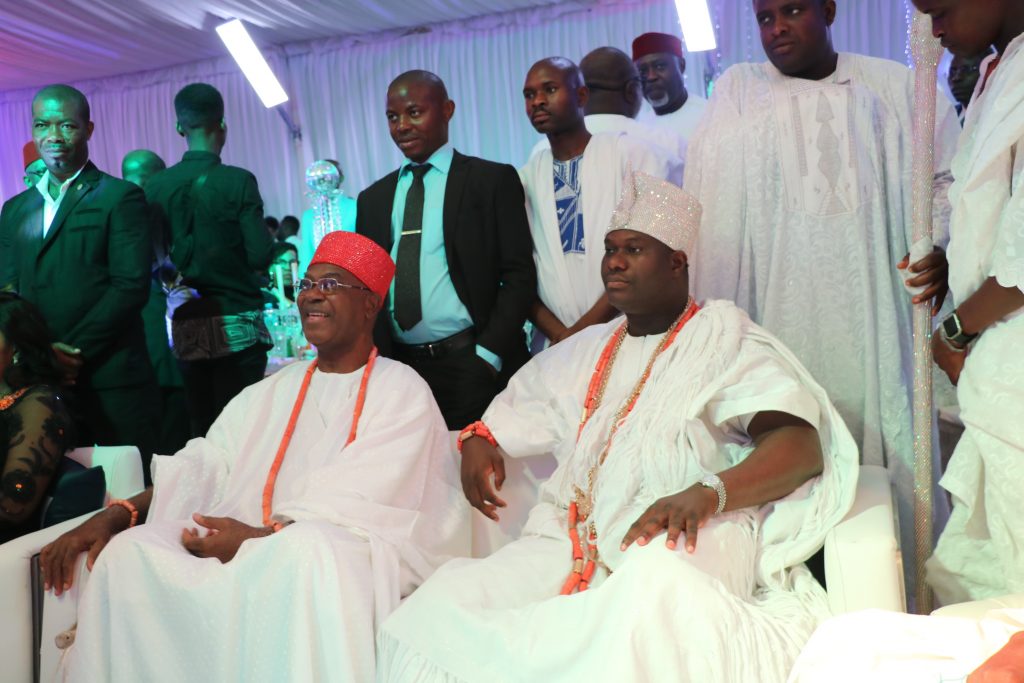 The Obi of Onitsha, His Majesty, Nnaemeka Alfred Achebe (left) and the Ooni of Ife, His Royal Highness, Adeyeye Enitan Ogunwusi at the event to celebrate the couple

A crowd of top music artistes, including Air Peace Ambassador, Kcee, Tubaba, Tiwa Savage and Flavour were on ground to fill the atmosphere with soul-lifting renditions from their stock of popular songs, while the guests made themselves comfortable with good food, exotic wines and other assorted drinks.

It was one night to remember, with the children of the couple – Nnenna, Chinonso, Obinna and Ugochukwu – featuring in the celebration, including staging a saxophone performance, to make their parents’ day. 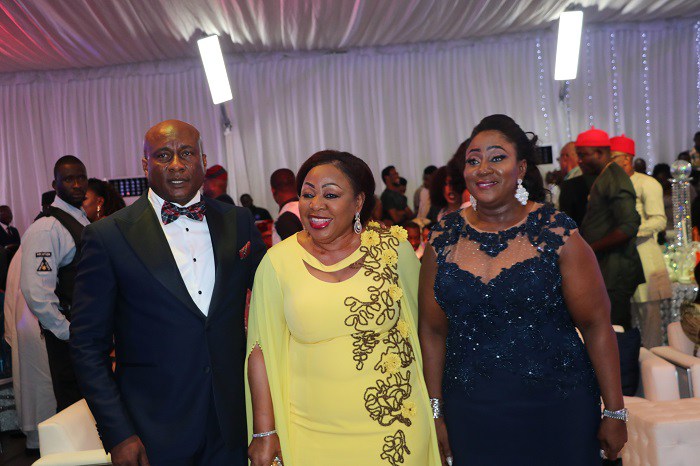 Senator Florence Ita-Giwa with the celebrants, Mr. Allen and Mrs. Alice Onyema at the event

In his speech, Anambra State Governor, Chief Willie Obiano, who attended the event in company with his wife, Veronica, said they were proud of the Onyemas for their contribution to youth development through the creation of employment opportunities and peace advocacy.

Speaking at the event, the Ooni of Ife hailed the couple for staying together for two and a half decades despite the odds of life. He urged them to continue on the path that had kept them together over the years, saying they could overcome any future challenge with their unity. 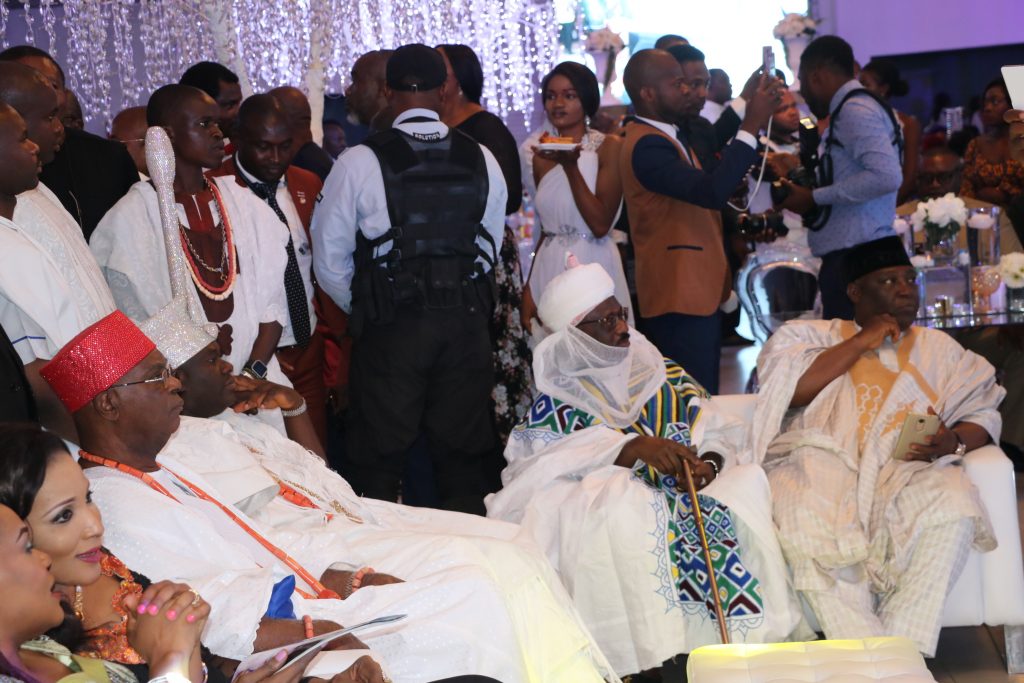 Mrs. Bianca Odumegwu-Ojukwu (2nd left), the Obi of Onitsha, His Majesty, Nnaemeka Alfred Achebe (3rd left), the Ooni of Ife, His Royal Highness, Adeyeye Enitan Ogunwusi (4th left), the representative of the Emir of Kano, Alhaji Ibrahim Sambo (2nd right) and others at the event to celebrate the couple

He commended the Air Peace boss for the achievements he had made in the aviation sector, applauding him for the recent delivery of the carrier’s newly acquired Boeing 777-200 aircraft.

“25 years is not a joke. You have come this far, please stay together”, he urged the couple. The Ooni presented a painting of the couple as a gift to them. 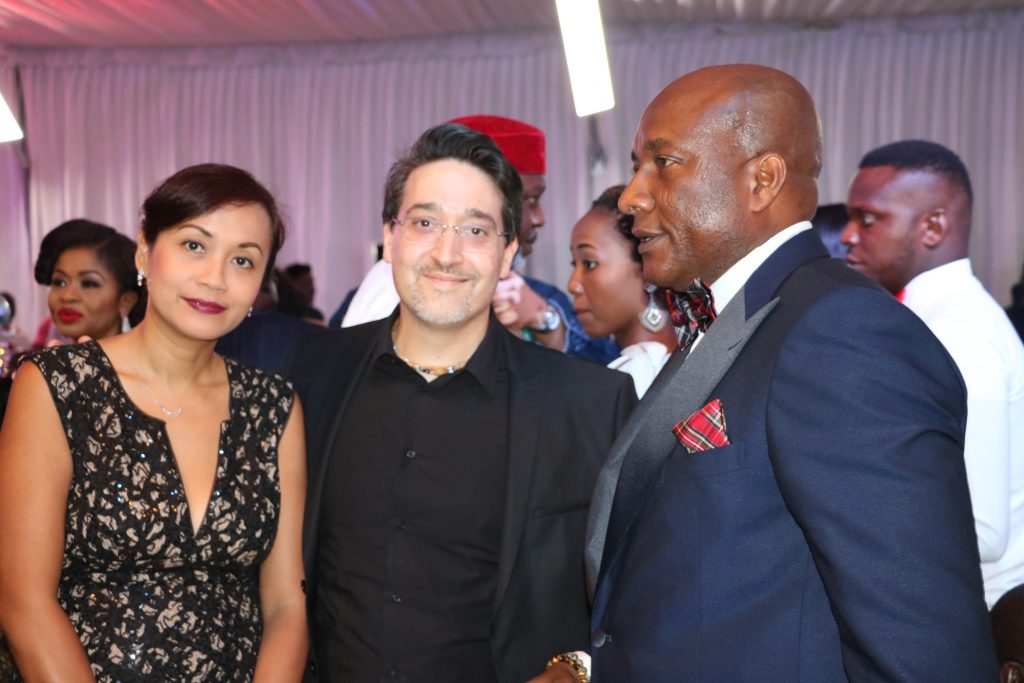 For his part, the Obi of Onitsha, His Majesty, Nnaemeka Alfred Achebe, described Onyema as a worthy son of Anambra State. 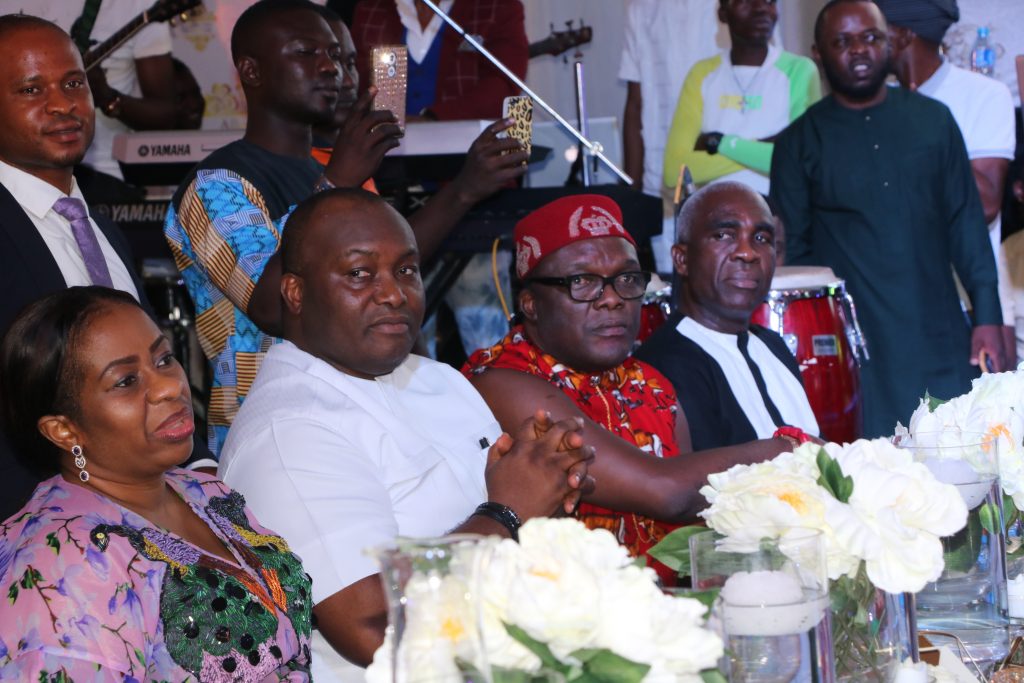 The Chairman of Capital Oil & Gas, Dr. Ifeanyi Ubah (2nd left) and other dignitaries at the event

When it was his turn to speak, Onyema walked down memory lane, thanking his wife for “tolerating me” over the years.

He said he had received favour through his marriage, including being blessed with “children I’m very proud of.” 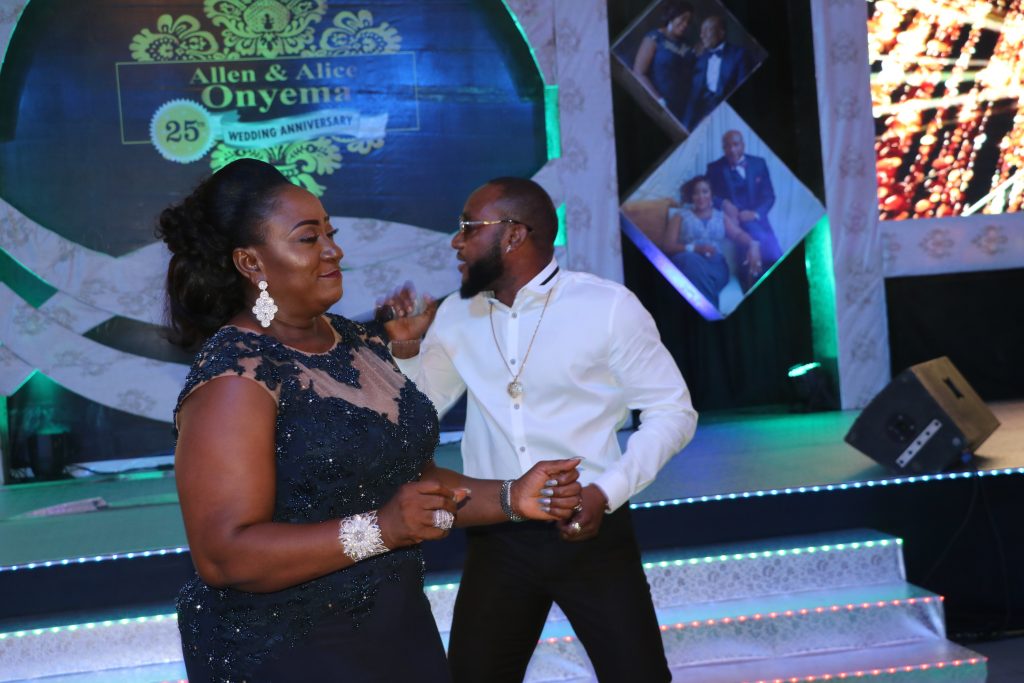 He urged Nigerians to shun ethnic nationalism in favour of “broad nationalism” for Nigeria to make progress, affirming that he was not regretting marrying his wife despite their different ethnic backgrounds. 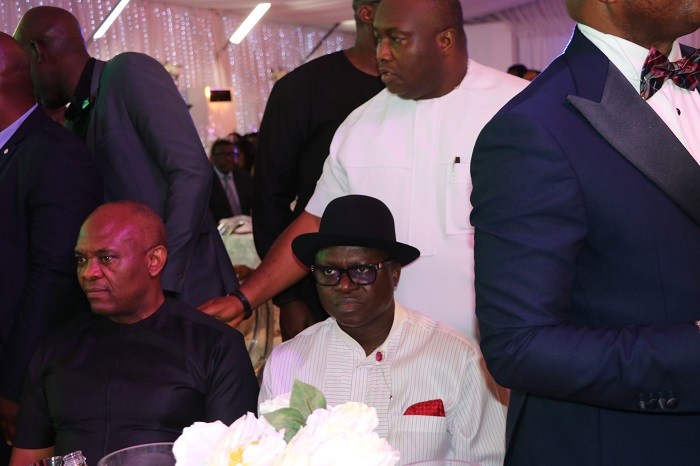 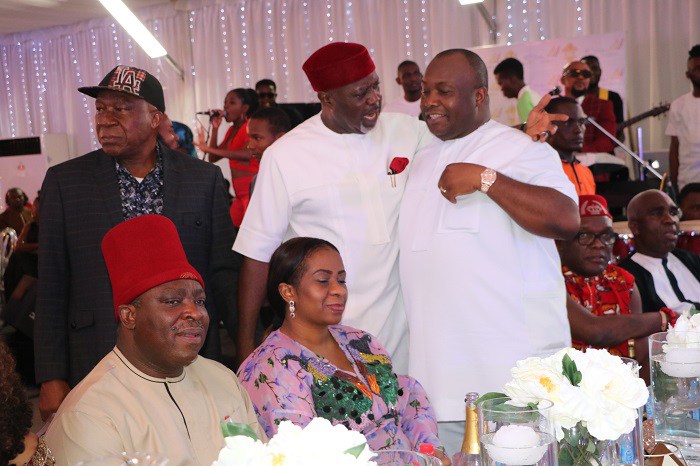 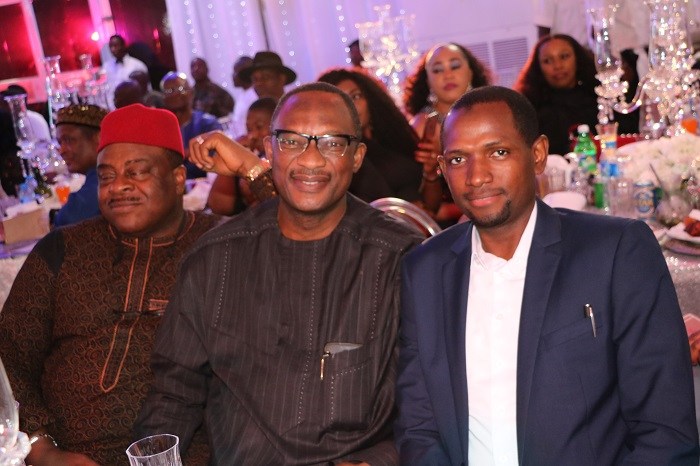 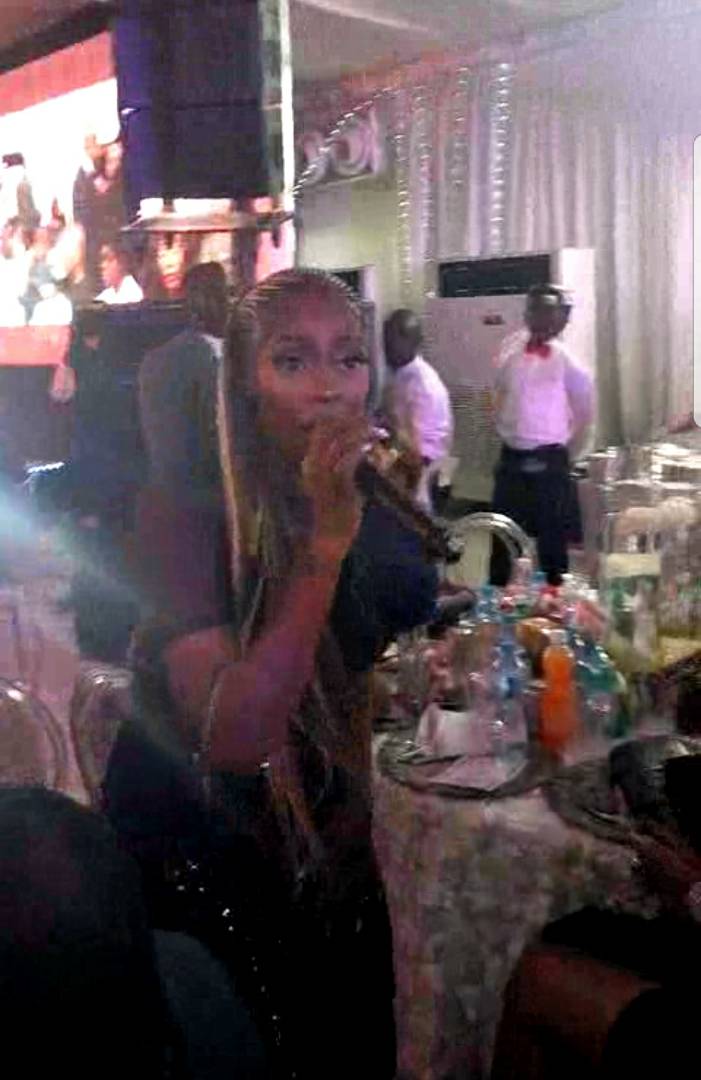 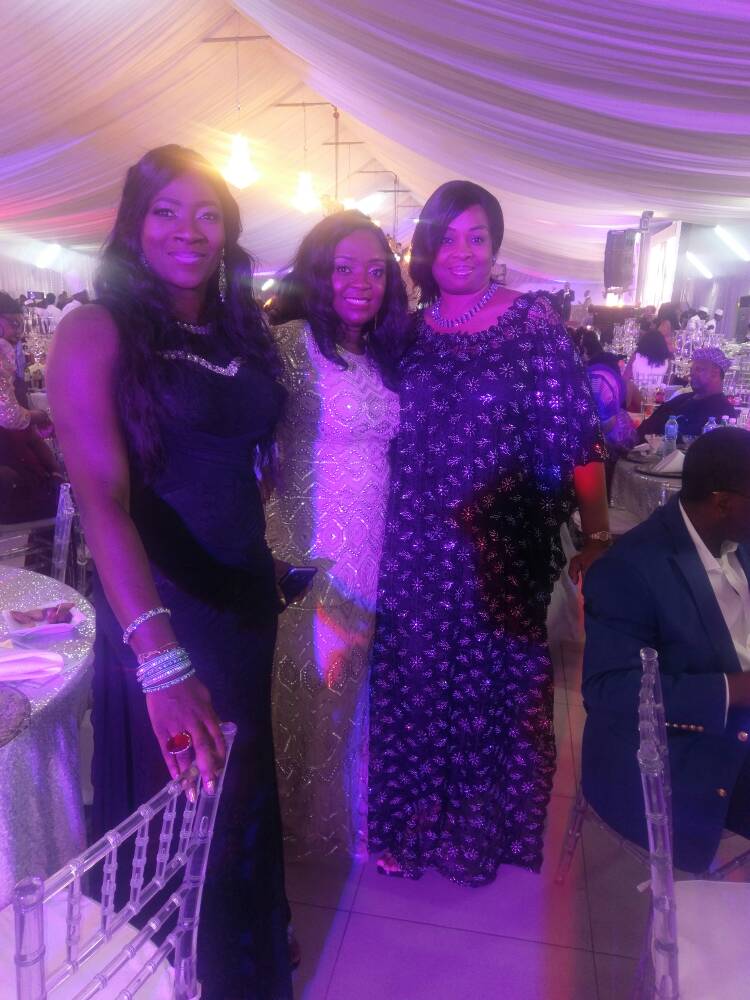