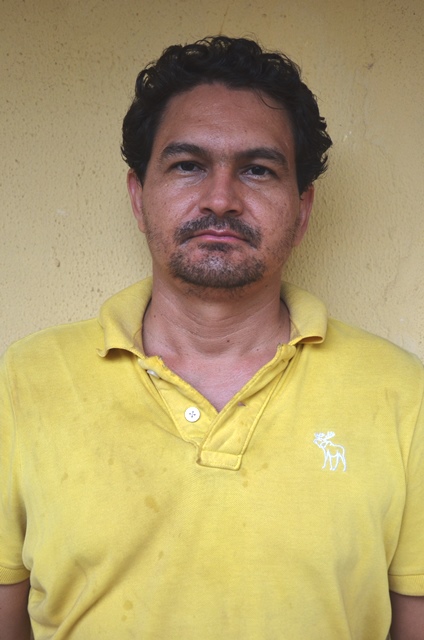 trial of four Mexicans and five Nigerians over alleged operation of a super laboratory for the illicit production of methamphetamine has again been stalled on Friday due to lack of a suitable interpreter.
The National Drug Law Enforcement Agency (NDLEA) on April 25, 2016 arraigned nine accused persons before Honourable Justice A.O. Faji at the Federal High Court, Asaba but the case could not go on because the first interpreter produced by NDLEA was rejected by the defence on the grounds of bias.
The second interpreter was again rejected by the court on the grounds that he will not be available to the end of the trial because his residence permit expires in October.
NDLEA had produced Mr. Miguel Guadalupe Renteria Gutierrez, a Colombian whose mother tongue is Spanish to serve as interpreter for the trial. The prosecuting counsel, Barrister Lambert Nor told the court that since the first interpreter was rejected, the Agency in the circumstance worked hard to produce another one who was acceptable to the defence counsel so as not to delay trial but the defence suddenly rejected the interpreter in court today on grounds of continuity.
According to Lambert, “there is no guarantee that any interpreter who begins a trial will end it because only God can determine that. If this interpreter is accepted, the Agency will produce another one to continue with the case in October if his residence permit is not renewed”.
The defence counsel Barrister Benson Ndakara said that although he had initially accepted the interpreter, he will rather prefer an interpreter that will be around till the end of the trial because the residence permit of the new interpreter will expire in October.
Justice Faji held that things should be done in a way that the trial is not truncated stressing that there is need for continuity throughout the trial.
He then adjourned the case to June 7, 2016 and advised both counsels to clear areas of disagreement to allow for speedy trial of the case. In the words, “the prosecutor shall take steps under the Mutual Legal Assistance (MLA) treaty to produce a suitable interpreter that will be available throughout the trial. Case is hereby adjourned to June 7, 2016 for plea”.
The accused are undergoing a five count charge of conspiracy to form and operate a Drug Trafficking Organisation (DTO) to process and export methamphetamine. They were also accused of illegal extraction of ephedrine, preparation of methamphetamine and unlawful possession of 1.5kg of methamphetamine; a drug similar to cocaine, heroin, LSD contrary to NDLEA Act, Cap N30 Laws of the Federation of Nigeria 2004.The nine accused persons are, Anthony Chukwuemeka Umolu a.k.a. Onwa Obosi, Chief Chibi Aruh, Izuchukwu Anieto, Cervantes Madrid Jose Bruno, Rivas Ruiz Pasiano, Castillo Barraza Cristobal, Partida Gonzalez Pedro, William Ejike Agusi and Augustine Kosisochukwu Umolu.
Meanwhile, the Chairman/Chief Executive of the NDLEA, Col. Muhammad Mustapher Abdallah (retd.) has reiterated the commitment of the Agency not to leave no stone unturned in the pursuit of justice. “This is a very important case to the country and our international partners because the illegal laboratory in question has the capacity to produce 4,000kgs of methamphetamine per cycle at optimum production level. The Agency is determined to halt the proliferation of clandestine methamphetamine laboratories in the country by ensuring that justice is seen to be served” A bdallah stated.
The NDLEA discovered the super laboratory for the illicit production of methamphetamine located at Asaba, Delta State. This super methamphetamine laboratory similar to the ones found in Mexico is the first to be discovered in the country.
The laboratory has a capacity of producing between 3,000kg to 4,000kg of methamphetamine per production cycle. A significant feature of this laboratory is that the production process is more technical and sophisticated because it uses the synthesis method of methamphetamine production.
All the principal actors linked to this illicit act were apprehended in a simultaneous raid on members of the drug syndicate in Lagos, Obosi in Anambra state and at the laboratory in Asaba, Delta state.
2016-05-13
Sade Williams