Dunoma resumes as President at ACI-Africa General Assembly in Maputo 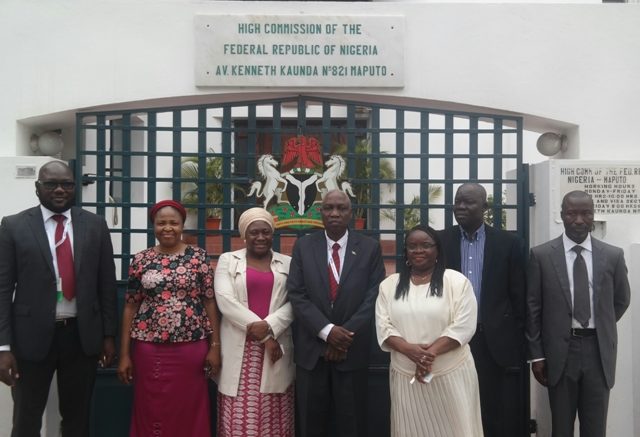 The Managing Director of the Federal Airports Authority of Nigeria (FAAN), Engr.  Saleh Dunoma, has formally assumed office at the ACI-Africa General Assembly in Moputo today.

Dunoma, who was presented to the assembly also made a presentation on behalf of ACI-Africa to the outgone President, Pascal Komla in an occassion attended by Angela Gittens, Director General ACI World, Ali Tounsi,  the Secretary-General, and board members of the organization.

Earlier, the election of Dunoma had been described as a great pride to Nigeria and indeed the African continent.

The Charge de fairs of  the Nigerian High Commission in Maputo, Mrs Wosilat Adedeji said this while hosting Engr Dunoma at Nigeria house in Maputo, Mozambique.

She described Engr Dunoma as an International brand ambassador for the country and the over ten thousand Nigerians resident in Mozambique.

It would be recalled that the MD FAAN, Engr Saleh Dunoma was elected President, ACI-Africa at its 25th annual assembly, regional conference and exhibition from 17 – 23 October holding in Moputo, Mozambique.

By this election, Engr Saleh Dunoma has made history as the first Nigerian to preside over the body made up of 62 members, operating 250 airports in 47 countries throughout the African continent. He is also to represent ACI Africa on the board of ACI World alongside Mr Bongani of South Africa.

A consummate team player and dedicated professional, Eng Saleh Dunoma has over three decades of hands-on experience in the aviation sector, which will come to bear in his presidency.