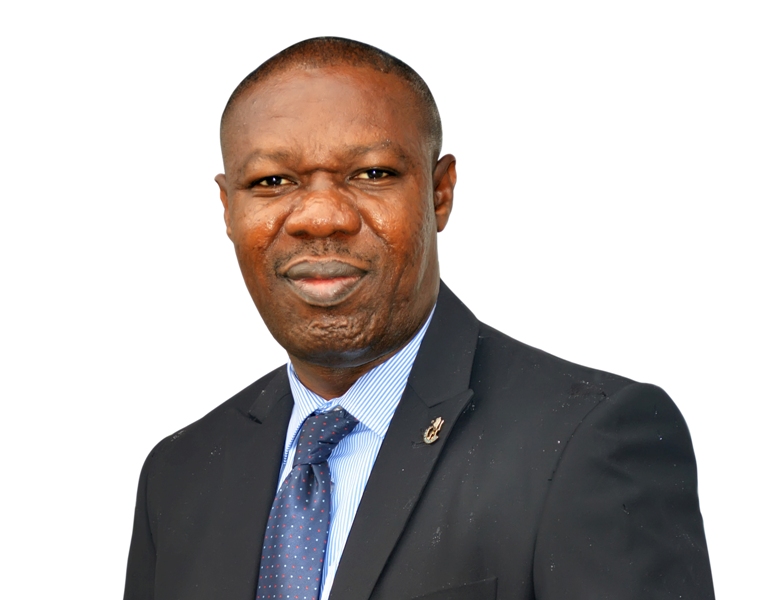 Basil Agboarumi is Managing Director, Skyway Aviation Handling Company (SAHCO) PLC. In this interview with SADE WILLIAMS, he speaks on how the company has fared one year after the lockdown, challenges facing ground handling operations in Nigeria and why ground handling companies should enjoy same same benefits such as waiver of custom duty on imported Ground Support Equipment (GSE), popularly used by the companies.

You cannot take God out of anything we do. We give God the glory. Because when the pandemic started last year, we never understood where we were going to land. It came suddenly and the industry was shut down. As operators in the aviation industry, we were not left out, especially the passengers operations that were shut down totally, even the cargo operators too. But as we were understanding the nature of the pandemic, the Ministry and other stakeholders and leaders in the industry saw the need to gradually open up cargo because even though people cannot move, people will still eat; trucks that were needed or Personal Protective Equipment needed to fight the pandemic needed to move around. The cargo was on gradual opening especially when the world was not too sure of the nature of the pandemic in question. There were lots of questions that needed to be answered. We as a member of airport services association, that is the body that brings aviation handlers together across the world, were also getting correspondences from outside leadership on things that were going on . So we’re watching and monitoring especially as it has to do with protocols that government were releasing and the ones from IATA and ICAO. There were meetings, even with NCAA and at a point there was total lock down and all our staff had to stay at home. That began to lead to our gradual opening of our warehouse in Lagos. From that time. Before we got to July, we had seen the cargo operations gradually opened. In July, we had gotten to a point that the local aviation industry had to be opened. We were important in the opening. If you look at it from 2019 till now it is still very down and low. The full capacity as what was on ground in 2019 is not totally back. That could be as a result of many reasons, considering what the airlines are going through. Some aircraft are down and they are not coming up because of paucity of forex. Many of the parts for maintenance needed are not things you can buy from here. This time around people want to fly but the capacity is not there because many people are afraid to travel on the road because of insecurity on the roads. This is the time aviation should have taken full advantage but the number of aircraft on ground cannot fully meet up the demands. So you can see the effects of forex coming up from N360 to what it is today. Cargo has made great improvements but not fully where we are in 2019. We are getting to 80 to 90 on cargo and passengers, both international and domestic, we are at about 60 per cent or thereabout because some of the airlines have not return back as we talk. On domestic, we can say all the airlines have resumed but not at that capacity that we were at December 2019.

For the waiver, we have been talking about this. For us in ground handling, we are almost beginning to sound like a broken record. It is an issue that we have been talking about because this is aviation. With what we have seen in aviation, it is such that you cannot keep any aspect of the industry in isolation. Aviation is like human body. Any part is important to the body. Ground handling is so key in flight operations and movement of passengers, baggage and cargo from one point to another. We felt that no matter what the government is doing for the airlines, ground handling should be included and benefit from it too. It is just the same way aircraft are gotten from abroad that is our own are brought in because none of our equipment is manufactured in Nigeria. We also place orders so that the manufacturers do them. We pay quite a lot of money to get in our handling equipment. We believe that what should be done is that same kind of waivers that the airlines are enjoying should also be extended to us to make life easier for us. Recently, we formed an association and this is one of the major things that they are to fight like this. But we are taking our case to the government, Ministry of Aviation and the NCAA as the representative of government in the aviation industry. The last point was NCAA requesting for some information from us and some of the things that we learnt has to do with the issues have been raised in some higher places and they needed to submit data and positions. So we submitted our position and I believe that they have taken it from us and we are expecting a feedback from government in that regard. We believe governments should look at us. We have many staff and despite the pandemic, we carry them along. Government should help us.

We understand that the Act that set up FAAN as an organisation. If you look at all these and you have understanding of things like this. But of course, we have private airports too that are operational which they feel that when we operate there, we have to pay concession too. But I think one of the problems we really have with concession is asking us to pay concession on our gross earnings which we believe that it shouldn’t be. Because they are so many other obligations or statutory obligations that we are confronted with. You can see our annual reports, we work and you have nothing to show for it. You work and people will collect the money. We buy the equipment, pay staff and run on generators. We had cold rooms that run on power regularly. So it is not easy. We believe it is government duty and responsibility to help businesses to survive. For concession, we know that it is because of the Act that set up FAAN and they must make money but also do you say because a chicken is laying golden eggs, that you squeeze life out of the chicken just because you want golden egg?

Prospective effect of waiver on operations

It is huge. Everything we bring in equipment. We spent N36 million to clear one of our equipment recently. Sometimes, you have some of our equipment that goes as much as one million Dollars. We have equipment like that. As I talk to you, there are equipment we placed orders for since early 2020. By the time pandemic started, we still wanted to go on but we couldn’t raise funds. There was one that finished manufacturing and we couldn’t get money to pay, so they have to give it to another ground handling company. Sometimes, it takes about 6 months to produce ground handling equipment. These are some of the challenges. We fabricate those ones we have the capacity to do.

When the pandemic came, we shifted our attention. We did a lot of fabrication of sanitising machines. So they came up with quite a lot of them. Even what we did is what they are using in some of the subsidiary companies. Though they paid us to do that.  I don’t know if they have finished the water toilet bowser they are fabricating recently. Building the vehicle head drive system is difficult. So what we still do is towables. So we have a lot of towables and I know that even up till recently, I see quite a lot of them at the stage of fabrication, and it is still on at the moment. We do a lot of baggage dollies; we buy then we support with our internal sources. Sometimes, we even fabricate steps when we need to because some aircraft come in with some special steps. If we know that then we do the fabrication. We do a lot of toilet bowser and they are very unique. An oil and gas company approached us in 2019 but the contract was not sealed.

Performance at the Nigerian stock Exchange?

Our unaudited report for the year end is already published in the stock market. There is no doubt that our revenue went down because of the pandemic. Even at that, for us as a company, we still did very well. If you look at what we declared in that unaudited report, it is not too bad. Because we know that many companies declared loss but we didn’t declare loss, it was profit.

It depends on where they are bringing them from. For now, we have been working with some pharmaceutical companies before now and they ship in quite a lot of things through our warehouses. It goes beyond freezers and fridges. We have to install other equipment that will monitor temperatures. We have been working with some big pharmaceutical companies that move things like that. One of our businesses is transit warehousing. The essence of that transit is to feed some West Africa and some other African countries that has that kind of shipment. It is not easy for you to just fly things in any part of the world, then customs are involved. You take through the transit and from there without it coming out and going through clearing again.

Increase in cost of goods export

Before now, Nigeria has been receiving without giving out. Suddenly, we begin to wake up. Now we are beginning to wake up because if you must make forex, you have to export. The more challenge and reason why we don’t have forex is because the rate at which they were selling oil has reduced. Immediately that happened, it affected our earnings. As a country, we so much depended on oil earnings that we threw our other exports away. The question is what happened to groundnut pyramid in Kano, cocoa business. So those were the things. People are beginning to wake and brought about demands for export. Even when other West African countries were getting it right, we weren’t. But if you want to make forex, that is the way to go. Due to that demand is coming which affects other demands. The challenge is charges. Some operations are charged. I have heard some airlines cry out that they bring in things and that they cannot take things out. That they even preferred to go out empty than take something from here because of the taxes that they need to pay on a particular thing. It is a question that the government needs to answer. Those shipping things out of the country should understand that they are going to compete with others abroad. So what is the essence of shipping things and it cannot compete with prizes in other parts of the world. It has to be competitive world and aviation is a global best practice. The market is also becoming smaller because with internet you can buy anything anywhere in the world. If you need to purchase anything, you have to check if it will be competitive in terms of price abroad.