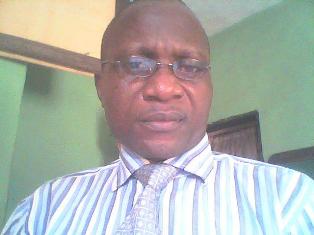 ERO is the socio-cultural movement campaigning to see the Special Adviser on Political Matters to the President, Senator Babafemi Ojudu, emerge as the next governor of Ekiti State.

In a statement on weekend, the Director General of ERO, Mr Aderanti Adebisi said the choice of Mr Adeoye was informed by the need to energise the group in preparation for the 2018 electoral challenges ahead.

He said Mr Gboyega   Nelson  Adeoye has officially joined the Secretariat as the Publicity Coordinator ERO 2018. He will from now, among other duties, sign ERO official press releases and media materials.

Adeoye is a versatile journalist with experience spanning over two decades. He began his journalism career in 1996 with the Daily Times and subsequently worked as correspondent for many other prominent national newspapers and magazines, including National Concord, The News/Tempo/PMNews, the Nigerian Tribune, Daily Independent, Insider Magazine, among others, covering aviation, human rights and politics beats.

Adeoye climbed higher in 2012 when he became the Head, Lagos Bureau for the Compass Newspapers before moving on as News Editor for The National Mirror, Saturday, a position he held till April, 2014.

He reached the pinnacle of his career in May 2014 when he was employed by The Sun Newspapers as one of the editors of its international edition, the Sun Publishing Ghana Limited in Accra, Ghana which published The Weekly Sun, a position he held until recently.