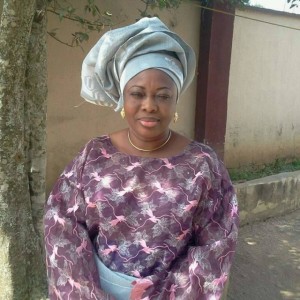 Hon. Titilayo Owolabi Akerele, representing Ikole ll constituency in the Ekiti State House of Assembly, has condemned political appointments into the aviation sector, saying such us led to paying little or no attention to safety issues.

The lawmaker, while answering questions from aviation correspondents, said since so many appointments was based on sentiments, professionalism has been relegated.

Meanwhile, Owolabi-Akerele has backed the plans by Ekiti state government to construct an airport in the State has been applauded by an Ekiti lawmaker for his foresight in a bid to transform the economy of the state.

She said the proposed airport when completed will boost the economy of the state.

According to her, there was nothing wrong in having an airport in Ekiti to facilitate movement of people if the state has the financial backings stressing that it will transform the state.

“If there is financial backing to build the airport there is nothing wrong in having an airport in Ekiti. If you look at the road connection between Ondo and Ekiti, the roads are bad”

The lawmaker who was a two time national president of Aeronautical Information Service of Nigeria (AISAN), explained that the government was not thinking of constructing an international airport but considering building one that will accommodate aircraft. “To me as an aviator, I don’t see anything wrong with that and I am not trying to be sentimental”

On the development of aviation in the country, the former AISAN president expressed worry that aviation has not moved to where it ought to be saying, that the industry was still behind  in terms of development. “I will say that am not too impressed with the level of advancement. When we were there, we were very dogged to move the industry forward and we cried out when there was problem”

She blamed aviation unions and associations for not living up to expectations in the struggle to liberate workers by adhering to the truth.

Hon Akerele also berated unions and associations for allowing the recent financial saga in the Nigerian Airspace Management Agency NAMA where it was alleged that that millions of naira were traced to accounts of civil servants adding that such never happened under their watch as they were always crying out against injustice.

“The news of alleged forged millions of naira in NAMA is worrisome, when I heard about it in the news the first time, the first thing I asked was, do we still have unions and professional associations because in those days, we would have cried out before it gets to this level”, she said.