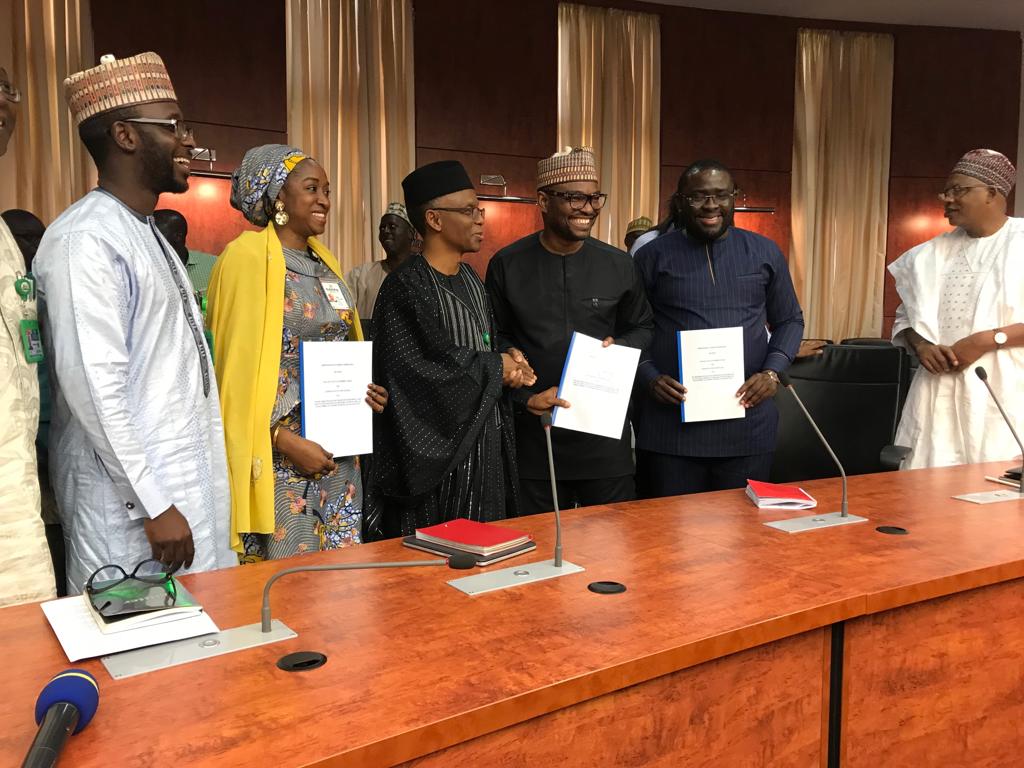 Governor Nasir El-Rufai of Kaduna state, has on behalf of the State, signed a Memorandum of Understanding (MoU with Quorum Aviation Ltd, (QAL) to operate air shuttle services to Abuja and Lagos, from the state.

Quorum Aviation Managing director, Mr. Abiola Lukman Lawal, disclosed at the ceremony that the company will provide two 50-seater jets for the services, adding that the company would run at least five shuttle flights daily under the trade name known as BOKU AIR.

Governor Nasir El-Rufai, who expressed confidence that the business would be viable, called on businessmen and women to take advantage of the services.

“I am very confident that it will be viable, hence, I am calling on all the people in Kaduna State, particularly businessmen and women that are interested in transacting businesses in Abuja to take advantage of this service which began from road transport, to rail and now air transport.

“We thank QAL for exploring this opportunity and taking up this challenge. We are handing over our terminal building which we constructed and equipped at our own cost,” he said.

Lawal added that the air shuttle service will be a great complement to the train service currently running between Kaduna and Abuja.

NAN also reports that Abiola stated that Kaduna government is leasing the lounge at the Kaduna airport to the company for a period of ten years.

“To enable QAL renovate and fix the terminal to meet regulatory requirements before commencement of the shuttle services, the lease shall take effect three months after its execution”, he said.

Quorum Aviation was incorporated in 2011 as an indigenous Aviation Logistics company. The company was set up to pursue opportunities in the Rotary business primarily for oil and gas clients as well as VIP charter services.

The company was awarded the Air Operator’s Certificate (AOC) in 2018 to engage in commercial Aviation services.

Quorum operates in the Aviation and Logistics business by flying customers to both onshore and offshore  designated locations especially for the oil and gas industry and for Tourism.

The company was founded and run by a very experienced team with combined years of experience of over a 100 years in Aviation and oil and Gas by the Senior Management Team.

The Founder and Managing Director of Quorum is Mr. Abiola Lukman Lawal, aka Mr Boku, who is also known in the travel and Tourism industry as the Founder and Chairman of FlyBoku.com  , a leading digital online and offline travel agency in Nigeria.