Embraer Profit Down As Deliveries Drop 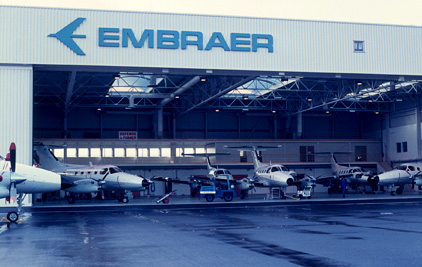 Revenue was down 21.6 percent to $1.03 billion in what is seasonally a quiet period for deliveries.

The main cause of the lower profit was the drop in deliveries, with three fewer commercial aircraft and executive deliveries down by eight.

According to Airwise, the Brazilian plane maker delivered 18 commercial and 15 executive jets in total during the quarter, down from 21 and 23 respectively in the same period of 2016.

Embraer’s largest division, commercial aviation, reported a 10.5 percent drop in net revenue to $636.4 million, but it was the executive jet segment which saw the biggest revenue fall, down from $401.8 million in 1Q16 to $226 million this year.

Embraer said E2 development remains “on time, on specification and on budget.” Widerøe is the launch customer for the E190-E2, and Azul for the E195-E2.

Looking forward, Embraer said it “remains confident in its 2017 guidance for 97 to 102 total commercial jet deliveries and 105 to 125 total executive jet deliveries.”