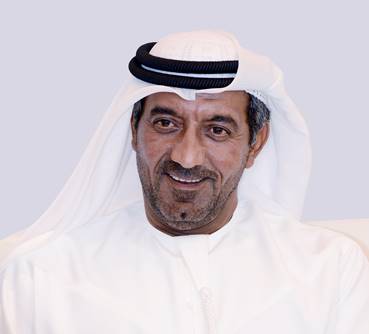 The Emirates Group on Thursday, announced its half-year results for 2017-18, as it sees steady revenue growth and a rebound on profitability compared to the same period last year, in spite of the continuing downward pressure on margins, a rise in oil prices, and other challenges for the airline and travel industry.

Profitability rebounded after a low during the same period last year, with the Group reporting a 2017-18 half-year net profit of AED 2.3 billion (US$ 631 million), up 77%.  This result was driven by capacity optimization and efficiency initiatives across the company, steady business growth, and a more favourable foreign exchange situation compared to the same period last year.

His Highness (HH) Sheikh Ahmed bin Saeed Al Maktoum, Chairman and Chief Executive, Emirates Airline and Group said: “A lot of the credits for our 2017-18 half-year results go to our talented workforce who have worked hard to improve our business performance, and address our challenges without compromising on quality and service.

“Our margins continue to face strong downward pressure from increased competition, oil prices have risen, and we still face weak economic and uncertain political realities in many parts of the world. Yet, the Group has improved revenue and profit performance. This speaks to the resilience of our business model, and the agility of our people.

“The easing of the strong US dollar against other major currencies helped our profitability. We are also seeing the benefit from various initiatives across the company to enhance our capability and efficiency with new technologies and new ways of working.  Moving forward, we will continue to keep a careful eye on costs while investing to grow our business and provide our customers with world-class products and services.”

In the past six months, the Group’s employee base reduced by 3% compared to 31 March 2017, from an overall staff count of 105,746 to 102,669. This was largely a result of natural attrition together with a slower pace of recruitment, as various parts of the business adopted new technologies, streamlined business processes and re-allocated resources.

Emirates continues to invest in the most advanced wide-body aircraft to improve overall efficiency and provide better customer experience. During the first six months of 2017-18, Emirates received 10 wide-body aircraft – 4 Airbus A380s, and 6 Boeing 777s, with 9 more new aircraft scheduled to be delivered before the end of the financial year. It also retired 5 older aircraft from its fleet with further 4 to be returned by 31 March 2018.

Emirates launched two new passenger services in the first six months of its financial year – to Zagreb (Croatia) and Phnom Penh (Cambodia).  As of 30 September, Emirates’ global network spanned 156 destinations in 84 countries. Its fleet stood at 264 aircraft including freighters.

The airline continues to provide ever better connections for its customers across the globe with just one stop in Dubai.

In July, the airline announced a partnership with flydubai, leveraging both airlines’ complementary networks to open new city-pair routings for customers, and optimize operations at Dubai International airport.

Emirates also announced it will extend its successful partnership with Qantas for a further five years in tandem with joint network adjustments that will offer travellers more connectivity and flight choices to and from Australia and New Zealand.

Emirates carried 29.2 million passengers between 1 April and 30 September 2017, up 4% from the same period last year. The volume of cargo uplifted at 1.3 million tonnes is up 5% while yield improved by 8%.

This solid performance speaks to Emirates Sky Cargo’s recent investments in products and services tailored to key sectors, and it is also a positive sign of a gradual recovery in the global air freight market.

This result was driven by improved seat load factors, tight control on capacity deployment, and the strengthening of currencies in Emirates’ key markets against the US dollar.

Emirates operating costs grew by 4% against the overall capacity increase of 2%. On average, fuel costs were 14% higher compared to the same period last year, this was largely due to an increase in oil prices (up 11% compared to same period last year), as well as an increase in fuel uplift of 3% due to Emirates’ expanding fleet operations. Fuel remained the largest component of the airline’s cost, accounting for 26% of operating costs compared with 24% in the first six months of last year.

dnata saw steady growth across its global businesses which now span 84 countries. In the first half of 2017-18, dnata’s international operations accounted for over 67% of its total revenue.

dnata’s revenue, including other operating income, is AED 6.3 billion (US$ 1.7 billion), a 7% increase compared to AED 5.9 billion (US$ 1.6 billion) last year.  This performance was underpinned by robust organic business growth, particularly in its international airport operations business with its previous cargo and ground handling acquisitions contributing to the 2017-18 half year performance.

Overall profit for dnata is up by 20% to AED 659 million (US$ 180 million). This was driven by dnata’s continued focus on extracting operational, process and cost efficiencies across all business streams, and supported by strong performances from both its international and UAE airport operations divisions, with new customers won and the expansion of existing contracts.

dnata’s airport operations remained the largest contributor to revenue with AED 3.4 billion (US$ 922 million), a 9% increase compared to the same period last year.  Across its operations, the number of aircraft handled by dnata increased by 11% to 330,317, and it handled 1.5 million tonnes of cargo, up 25%.

This reflects new customer contracts won across the network, and expansion to new locations such as Rio de Janeiro and Amsterdam (ground handling) as well as the overall upturn in global cargo volumes. In the first six months of 2017-18, dnata continued to strengthen its international footprint with the acquisition of AirLogistix USA marking its entry into the US cargo market and expanded its marhaba lounge product to new markets in Australia and Pakistan.  Additionally, a new maintenance base was opened in Singapore and a new cargo facility was opened in Adelaide. 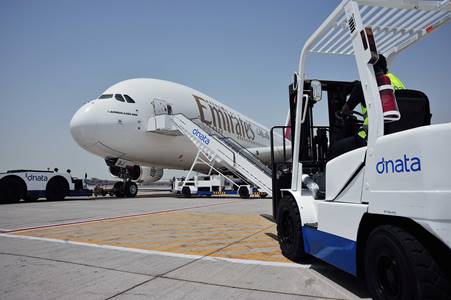 The Emirates Group, comprising Emirates and dnata, today announced its half-year results for 2017-18.

This was a good performance in the face of increased competition and a challenging landscape. dnata’s investment in technology has included rolling out Avaya to connect its contact centres globally, and a new proprietary booking system for Emirates Holidays. The division’s Middle East corporate business secured significant new accounts, and its newly launched bedbank – Yalago – began trading with third parties. Australia was a new market for cruise, and has already delivered a strong performance with growth continuing across this segment. dnata’s travel division continues to build a strong management team with key personnel changes geared to lead the business and extract synergies across its extensive portfolio of travel brands.

dnata’s flight catering operation, contributed AED 1.1 billion (US$ 298 million) to its total revenue, up 4%. The number of meals uplifted dropped 7% to 31.8 million meals for the first half of the financial year. The unit’s improved performances in Australia, Singapore, Romania and Czech Republic was dampened by key contracts lost in UK and Italy primarily from Alitalia and Monarch Airlines which ceased operations.

In the first six months of the year, dnata’s catering unit continued to win contracts from new customers and expand existing customer relationships. It also opened a new state-of-the-art kitchen in Melbourne, and invested to expand its capabilities in other value-added inflight services such as onboard retail.