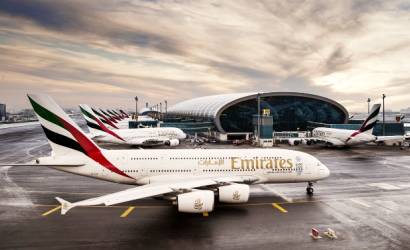 Emirates has agreed to buy up to 36 Airbus A380s in a provisional order that will keep the world’s largest passenger jet in production for a further 10 years.

The Memorandum of Understanding (MoU) Emirates signed with Airbus is for 20 A380s and an option for 16 more.

The 20 aircraft order is worth over USD$8.9 billion at 2018 list prices. If the options are converted, the deal would be worth $16 billion.

“We’ve made no secret of the fact that the A380 has been a success for Emirates. Our customers love it, and we’ve been able to deploy it on different missions across our network, giving us flexibility in terms of range and passenger mix,” the airline’s chief executive Ahmed bin Saeed Al Maktoum said.

Emirates will use part of the new order for expansion and part to replace older aircraft. Deliveries will start in 2020.

The Dubai-based airline has not selected an engine manufacturer yet, but has both Engine Alliance and Rolls-Royce-powered A380s in its fleet.

According to Airwisenews, the order will allow Airbus to keep the A380 production line open until 2018, while it seeks orders from other airlines.

Airbus chief salesman John Leahy said “This new order underscores Airbus’s commitment to produce the A380 at least for another 10 years. I’m personally convinced more orders will follow Emirates’ example and that this great aircraft will be built well into the 2030s.”

Leahy said earlier this week that A380 production would have to be wound down if Emirates failed to order more aircraft. An order was originally expected at the Dubai Airshow in November but that failed to happen and the two companies have been in extended negotiations since then.

Emirates is the largest A380 operator with 142 ordered prior to the new agreement, and 101 currently in service.