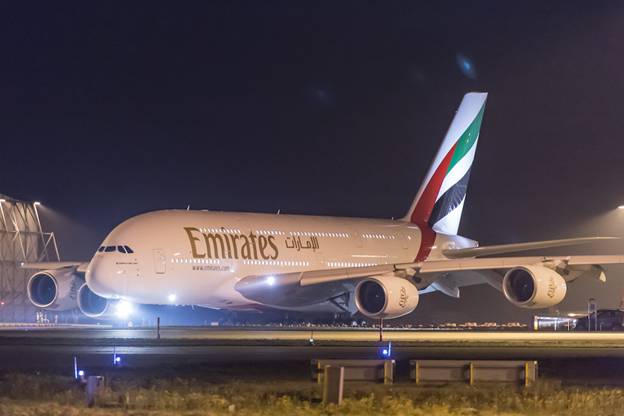 As a way of addressing growing need for pilots, Emirates airline recently signed an agreement with Cirrus and Embraer to order 27 new aircraft for cadet training.

The order includes 22 single-piston Cirrus SR22’s and five twin-jet Embraer Phenom 100E, which are valued at more than $39 million dollars at list prices.

This is just as the airline says it will for the first time, unveil its first two-class configured A380 at next week’s Dubai Airshow which holds between November 8-12, 2015.

The aircraft on display is Emirates’ 68th A380 in its fleet and was delivered directly from Airbus in Hamburg Finkenwerder to the show site, allowing Dubai Airshow visitors to be among the first guests onboard the brand new double-decker.The airline says it will also soon enter service on the Copenhagen route on December 1, 2015. Commenting on the development, Ahmed bin Saeed Al Maktoum, Chairman and Chief Executive, Emirates Airline and Group, said: “The Dubai Airshow has grown to become a key event in the aviation and aerospace calendar and it is fitting that the aircraft on display this year embody the growth of Emirates as a global airline and as an enabler focusing on meeting the future demand for highly skilled professional airline pilots.Emirates will also be displaying its newly acquired Cirrus SR 22 and Embraer Phenom 100 jets, which will be utilised by the Emirates Flight Training Academy.

Anticipated to be popular with aviation enthusiasts visiting the Dubai Airshow, Emirates’ two class configured A380 will feature 58 flatbed seats in Business Class and 557 spacious seats in Economy Class, as well as Emirates’ celebrated Onboard Lounge.

The newest version of Emirates’ A380 will feature among the widest individual in-seat Economy Class screens in the industry, measuring in at 13.3 inches.Emirates was the first airline to order the A380 and is the largest operator of this aircraft carrying almost 47 million passengers to date.

The Emirates A380 currently flies it to 34 destinations around the world from Dubai.

The airline currently has 68 A380s in service and has a further 72 on firm order.