That Emirates airline is currently ranked the world’s fourth largest airline by scheduled revenue passenger-kilometers flown; the fourth-largest in terms of international passengers carried and the second-largest in terms of freight tonne kilometers flown, is an understatement compared to the height it aspires to attain in global aviation with its state-of-the-art facilities both on ground and inflight.

Starting with its ground facilities, a visit to the airline’s aviation training college in Dubai shows a stunning and imposing edifice, housing facilities for its Cabin crew training, flight training and corporate training, with an attractive environment suitable for quality learning.

Violet Anyonge, training manager, Induction training, for Emirates training college, while conducting journalists round the cabin crew facilities in the collge, said the college has been taking in about 120 learners weekly since it was established 10 years ago, except for the 2016/2017 academic session which it gave a gap to assess performances.

According to her, the institution which has over 400 trainers, both on full time and part time basis, has over 137 nationalities in the cabin crew section. 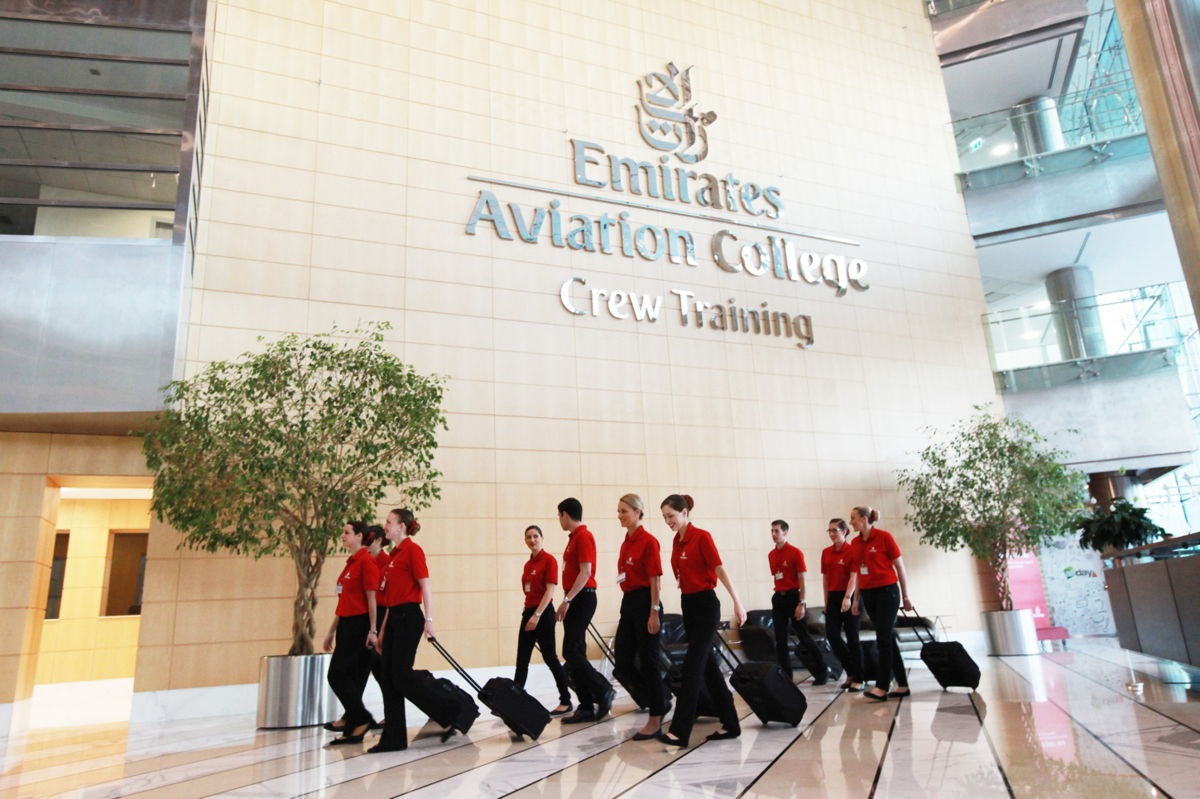 She noted further that the age group required for intending candidates fir cabin crew training is 30 years and below, adding that the crew training are in three phases, Economy; Business and First class.

“They proceed to higher cabin as their experience increase. We also have people from different professions such as medical, coming for training, in fact, we have nannies coming for training too and Emirates’ pass mark is 80 percent. Also, apart from the ab-initio training, the pilots come here for refresher courses”, she said.

Anyonge said the cabin crew are only trained for eight weeks adding that fresh intakes have to be smart and intelligent to grasp everything, especially under the Cardio-Pulmonary Resuscitation (CPR) programme before examination.

She added that the college is one of the few training schools that has three simulators for coaching students. 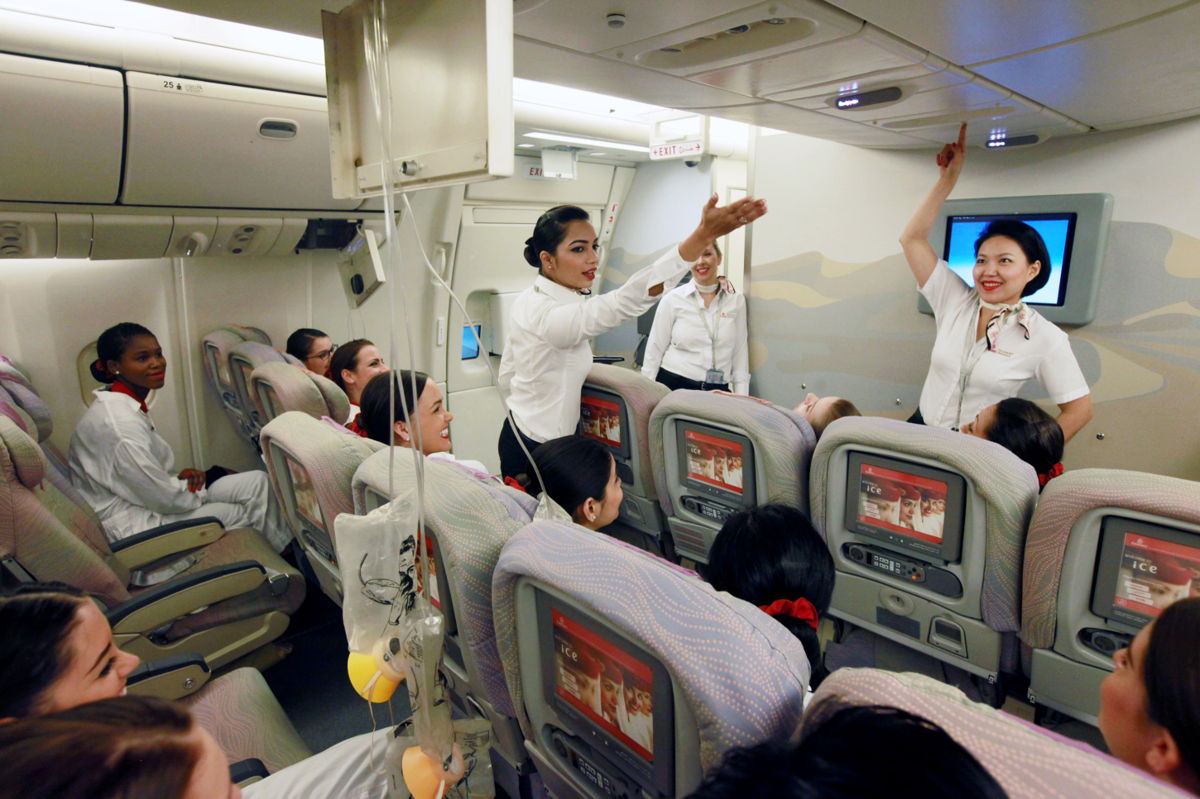 Opened in 2007, the Emirates Aviation College (EAC) Crew Training facility supports training in a number of key learning areas for new recruits, the ab-initios, who undergo an intense 7.5 weeks of training.

It houses a variety of specialised training rooms and equipment to support learning in the areas of: Safety & Emergency Procedures; Medical Training; Security Training, Cabin Service Training, and Image & Uniform amongst others.

There is also a dedicated Induction team who take care of the new recruits as they arrive and settle into Dubai, introduce them to the city and guide them on the culture and traditions of the region.

But more than the impressive numbers that show the extent of Emirates’ operations, Crew Training gives emphasis to the highest standards of training in a state-of-the-art facility which is wholly-owned and operated by Emirates.

Training has both theoretical and practical components and the courses are conducted by highly qualified staff, many of whom are former cabin crew themselves.

Service training in mock aircraft across Emirates’ fleet types and cabins makes sure that crew are familiarised with the aircraft in a true-to-life environment, while they practice serving different types of meals and responding to service requests from customers.

“The quality of training that we provide makes sure that Emirates crew are not only competent but confident to perform their duties once they leave training. With a focus on competency and evidence based training in an experiential setting, our cabin crew practice with real world scenarios.”

In 2014, Emirates invested about AED 73 million ($19.88m) in cabin crew training which saw a total of 4,280 new cabin crew or ‘ab initios’ graduating from the facility. 4,136 existing crew trained for a cabin upgrade, 534 cabin crew graduated to be Pursers and 17,650 crew participated in their Recurrent training – a mandatory course crew undertake every year.

According to the airline, “Emirates has become the airline of choice for those who dream of pursuing a career as cabin crew and other exciting roles in aviation.” 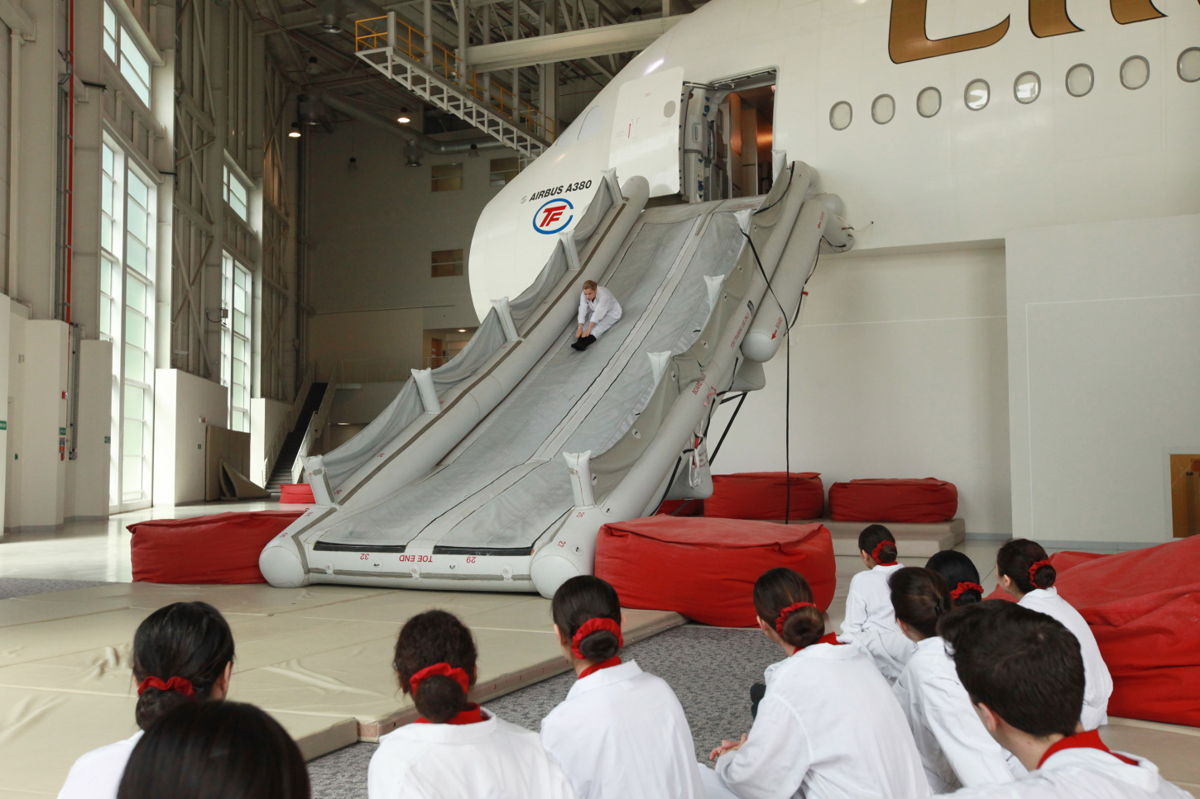 The Emirates Flight Training Academy (EFTA) unique facilities and resources offers the opportunity to learn to fly in the most advanced flight training academy in the world.

A fully-operational flight operations centre is dedicated to EFTA cadets only, making flight training part of everyday life at the Academy.

This means cadets will have the opportunity to gain a complete operational experience in one holistic environment.

A unique feature of the Academy is the 1,800 metre runway, where cadets will do all their in-flight training.