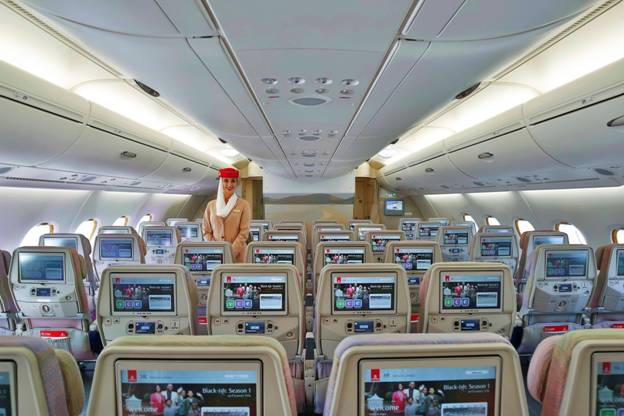 Emirates has announced it will deploy its highly-popular A380 to more destinations across its network in 2016, reinforcing its commitment to provide an enhanced onboard experience for its passengers. Birmingham (BHX), Prague (PRG) and Taipei (TPE) have been added to the growing list of Emirates A380 destinations, making Emirates the first and only airline to operate a scheduled A380 service from each of these destinations.

Barcelona will be served twice daily with an Emirates A380 service, in a three-class configuration. From 1st June 2016, the second A380 service flight EK187 will depart Dubai at 15:45hrs and arrives in Barcelona at 20:55, while the return leg, EK188 departs Barcelona at 22:40hrs and arrives in Dubai at 07:25hrs the next day. The first A380 service to Barcelona was launched on 1st February 2014. On a three-class configured Emirates A380, there are up to 429 seats in Economy Class, 76 lie-flat seats in Business Class and 14 Private Suites in First Class where passengers also have access to the world’s only onboard Shower Spas. First Class and Business Class passengers can also socialize at 40,000 feet at the Onboard Lounge.  Emirates’ two-class configured A380 features 58 flat-bed seats and the Onboard Lounge in Business Class, and 557 spacious seats in In the Economy Class:Passengers in all classes can enjoy access to over 2,000 channels of films, TV shows, music and games through ice, Emirates’ award-winning inflight entertainment system, as well as free Wi-Fi and gourmet cuisine. There are currently 36 A380 destinations on the Emirates network, setting the industry benchmark for both A380 connectivity and customer experience.