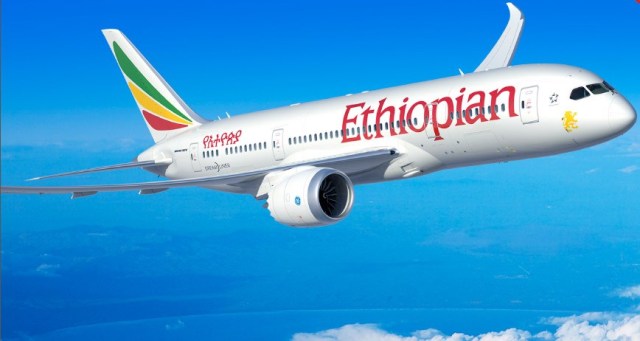 Ethiopian Airlines Group Management and Employees, has expressed their deep sorrow and profound sadness over the cowardly and violent act perpetrated on Saturday, 23 June 2018 during the peaceful rally held at Meskel Square in Addis Ababa, which led to the loss of life and injury of innocent people.

A statement signed by Aniley Eshet,  the airline’s Corporate Communications manager, said: ‘We fully support the new initiatives of our new Government and we stand together in unity with our people. The Management and Employees convey their condolences to the families of the bereaved and the injured. The National Airline stands on their side in this moment of tragedy’.

Meanwhile, Reuters, an online news medium had reported that Ethiopian Prime Minister Abiy Ahmed survived a grenade attack on Saturday at a massive rally in support of his push for radical political and economic reforms, including a peace deal with regional arch-enemy Eritrea.

Abiy, whose first three months in office have pointed to the nation of 100 million opening up to the outside world after decades of inward-looking, security-obsessed isolation, was whisked away by bodyguards moments after the blast.

The former soldier said the attack, which killed one and wounded scores, was an attempt to divide the nation.

According to Reuters, Police said six suspects had been detained, without giving details, while state media said nine police officials, including the deputy commissioner of the Addis Ababa Police Commission, were being held over security failings.

Abiy took office in April, pledging to bring more transparency to government and reconciliation to a country that has been torn by protests since 2015.

Despite boasting one of Africa’s fastest growing economies, opponents say the benefits have not been shared fairly between ethnic groups and regions in the country, which has been run by the same ruling coalition for more than quarter of a century.

As well as promising economic reforms, Abiy stunned Ethiopians this month by saying he was ready to fully implement a peace deal with Eritrea that was signed in 2000 after a two-year war. For years, Ethiopia refused to implement the deal, saying it wanted more talks.

Addressing the nation on television shortly after the blast and still wearing a green t-shirt he was handed at the rally, Abiy said the attack was an “attempt by forces who do not want to see Ethiopia united.”

The attack took place moments after Abiy had finished his speech to tens of thousands of people gathered in Meskel Square in the center of the capital Addis Ababa.

A witness told Reuters an assailant with a grenade had been wrestled to the ground by police before it exploded. Another saw Abiy whisked away by guards.