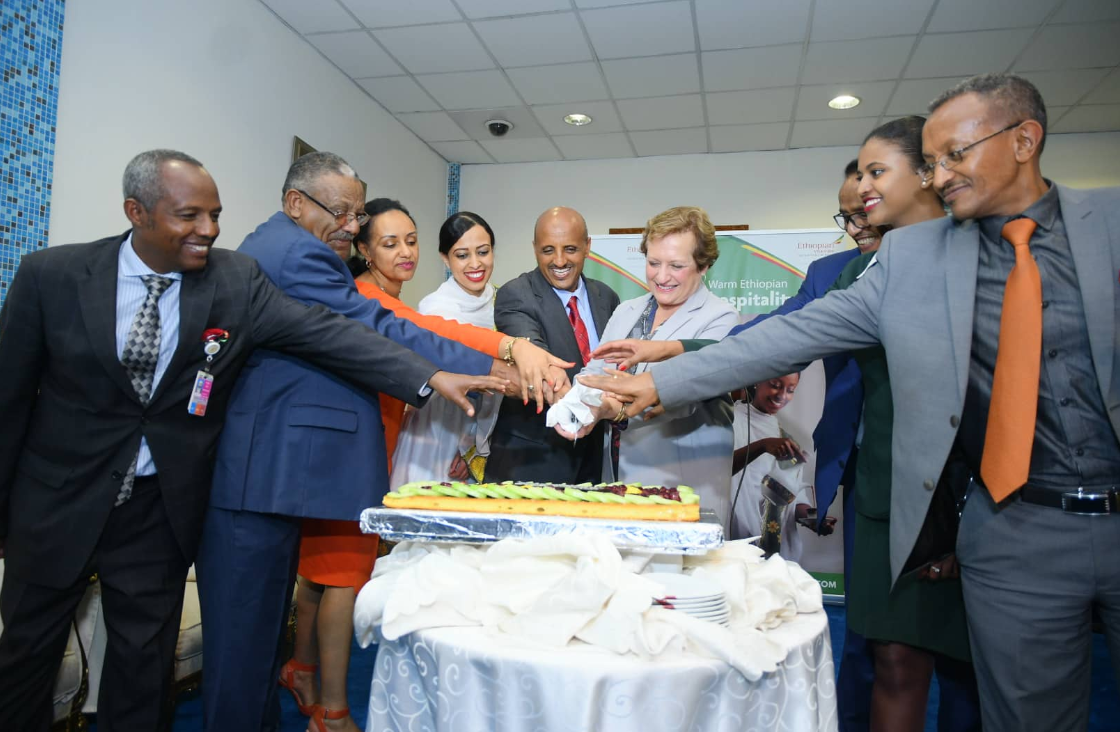 Ethiopian Airlines, the largest Aviation Group in Africa and SKYTRAX Certified Four Star Global Airline, inaugurated flights to Manchester, its second destination in the UK next to London, at a colourful ceremony graced by the presence of H.E. Mrs Susanna Moorehead, Ambassador of the UK to Ethiopia, Group CEO of Ethiopian Airlines, Mr. Tewolde GebreMariam, dignitaries and invited guests.

The four weekly flight to Manchester will be operated by the ultra-modern B787 Dreamliner.

Speaking at the inaugural event, H.E. Mrs Susanna Moorehead, Ambassador of the UK to Ethiopia remarked, “I would think of Ethiopian Airlines as a symbol of Ethiopia. It’s global; it’s growing; connecting people; it’s supremely professional, modern; its forward looking, its young and it’s dynamic. I am fortunate enough to be the British ambassador to Ethiopia. The inaugural flight to Manchester is a strong symbol of the depth and breadth of the relations between Ethiopia and the UK.”

Commenting on the development, Group CEO of Ethiopian Airlines Mr. Tewolde GebreMariam said, “It’s a pleasure to be here this evening with you to celebrate an important milestone in our history, the opening of a second city in the UK, Manchester. We’ve been flying to London since 1973, more than 46 years, so we are not new to the UK market. But we are very happy to expand our services closer to the customer in Manchester now. Today we can travel the customer conveniently to 60 destinations in Africa with an immediate connection in our hub here in Addis… The connectivity we are establishing between Europe and Africa is facilitating trade investment, tourism and people-to-people ties.”

Over the years, Ethiopian has been opening new routes including to Europe, which it is currently serving with 51 flights a week. The Airline is finalizing preparations to start services to other European countries including Moscow.