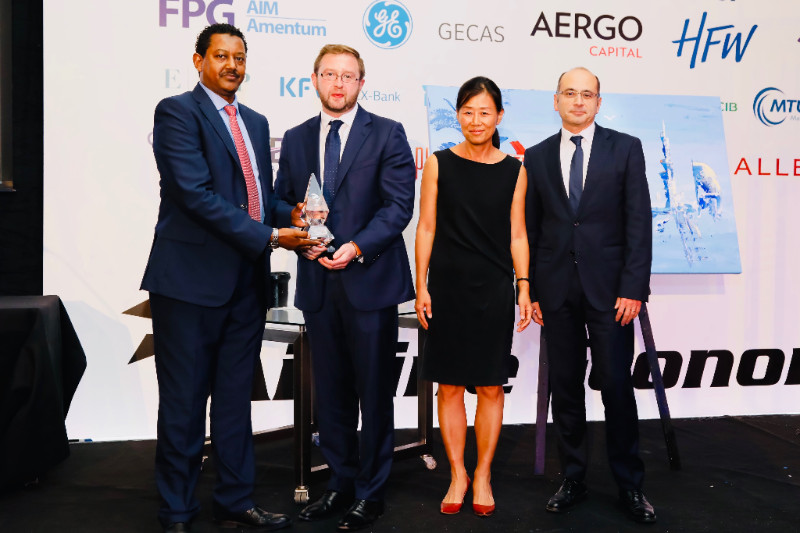 The Aviation 100 awards recognize aviation’s most outstanding performers, as well as the most innovative and successful finance and leasing deals closed in the last 12 months. Winners of the Aviation 100 awards are decided by an industry-wide survey, a rigorous vetting process and editorial consideration.

Commenting on the award, Ethiopian Airlines Group CEO Mr. Tewolde Gebremariam said, “We are happy to receive this award from Airline Economics. It’s for the first time that the Japanese financing system, JOLCO, financed an aircraft deal with an African airline. JOLCO availed financing for our A350 aircraft. The deal shows the strong confidence of reputed global financiers in Ethiopian balance sheet and business plan.”