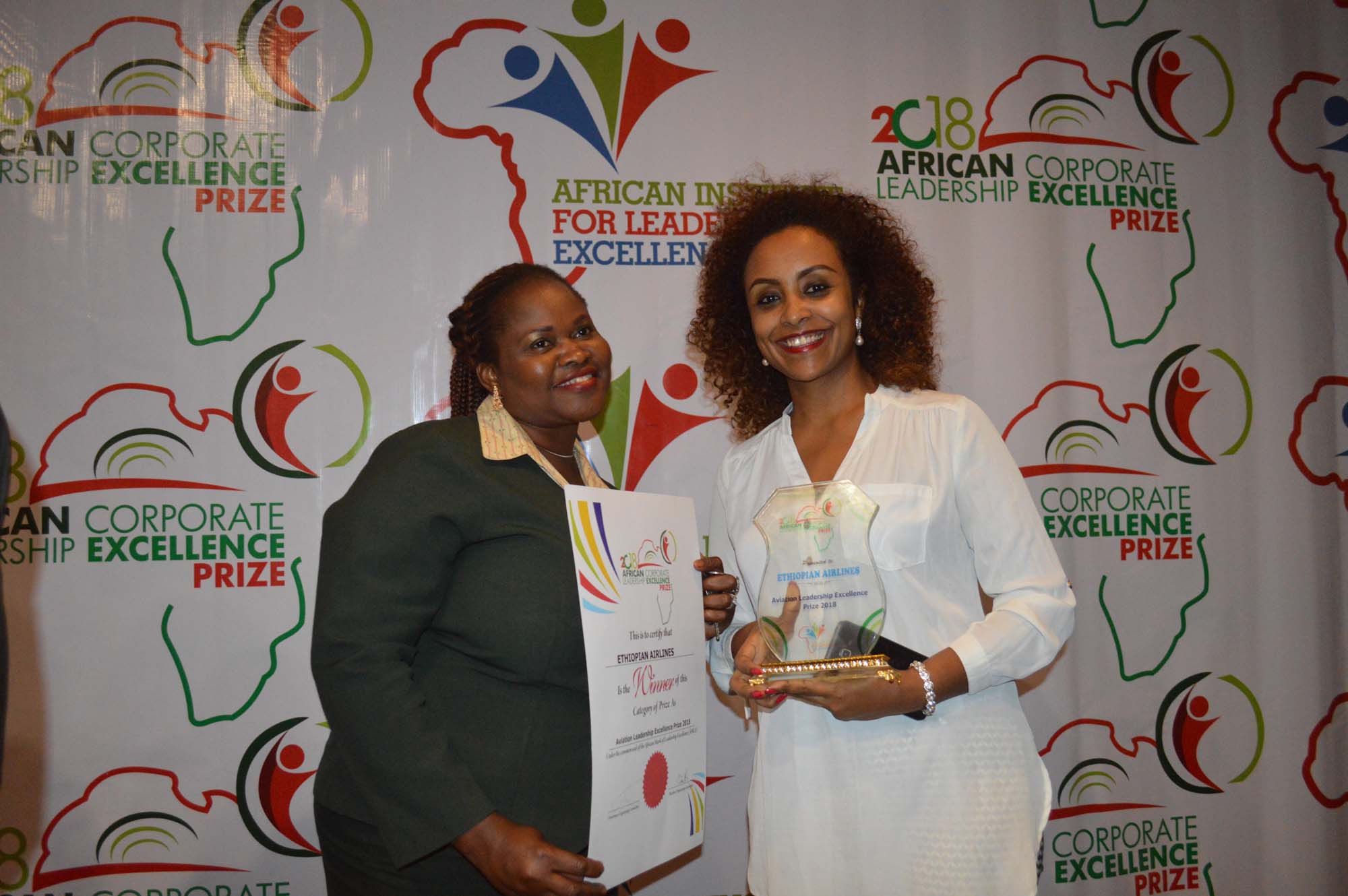 At a ceremony in Lagos attended by Business leaders in Lagos, Ethiopian Airlines was honoured with the award of Excellence in Aviation because of its outstanding contribution to the development of the Continent, the economic aspirations of its citizenry and transformation of Africa’s image in the international Market place.

The award, organised by African Institute for Leadership Excellence is organised annually.

Dr. Stanley Ohemhen the Chairman of the General Committee of the institute, had outlined the values that qualified Ethiopian Airlines for the Award.

The Award was received on behalf of Ethiopian Airlines by Mrs. Firihiewot Mekonnen, the General Manager of the Airline in Nigeria.

Mrs. Mekonnen, who is the new manager in Lagos, thanked the organisers for the award.

In her speech, she told the packed hall that Ethiopian is the new Spirit of Africa and has been defending the interest of Africa for 70 years ago.

Ethiopian Airlines will be organising an All women Operated Flight on March 8 to Buenos Aires Argentina to Mark Women’s day with a Moto of  inspiring ” the African girl”.

She invited the audience to fly Ethiopian Airlines as Airline of Choice saying, “Ethiopian Airlines the only Skytrax 4 star Airline in Africa, it now flies to 5 destinations in Nigeria, Lagos, Abuja, Kano , Kaduna and Enugu. Ethiopian airlifted the largest number of international passengers out of Nigeria in 2017 as per the analysis done by Nigerian Civil Aviation Authority (NCAA). This is history is that an African airline carried the highest number of passengers in another African country. Even when you look at the figures released by NCAA, non-African Airlines carried majority of the Passengers.

“We are happy that we were able to defend Africa. That’s why we seek partnership with other African countries to strengthen their capacity to thrive like we are doing with ASKY in Togo, also in Malawi, Zambia and now Guinea”, she said.

Ethiopian connects Nigerians to the world by flying to more than 100 international destinations with the most modern and youngest Boeing fleet of B787 Dreamliner,B777 and Airbus A350.

Ethiopian as part of its Vision 2025 strategy, is opening more international routes and just within the coming 6 months, ET will inaugurate 10 new destination including Chicago, Geneva –  Switzerland , Buenos Aires- Argentina , Nosy Be – Madagascar  and Kisangani DRC.