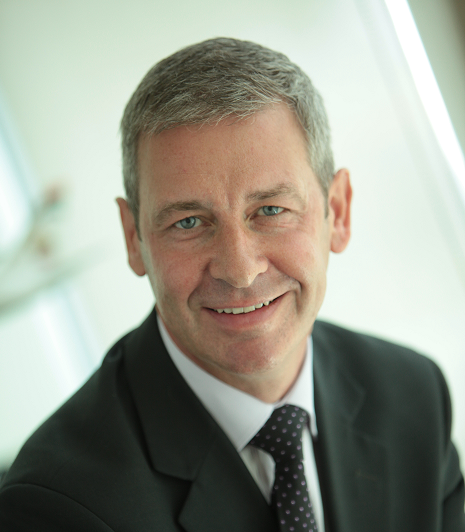 The Etihad Aviation Group Board of Directors has appointed Ray Gammell as interim Group CEO, and confirmed that James Hogan, current President and Group CEO, will leave the company on 1 July 2017.

Gammell is Etihad Aviation Group’s current Chief People & Performance Officer and has been a member of the Executive Leadership since joining the business in 2009, where he has led the creation of a performance culture across the group.

A parallel handover will occur as Ricky Thirion assumes full responsibilities of the Group CFO, James Rigney, who will also leave the company on 1 July 2017. Thirion joined Etihad Airways in 2007 and is the current SVP Group Treasurer.

Speaking on the appointment, H.E. Mohamed Mubarak Fadhel Al Mazrouei, Chairman of the Board of the Etihad Aviation Group, commented: “Ray and Ricky are experienced leaders and have the complete confidence of the Board. Ray will now take full management responsibility for the Etihad Aviation Group, ensure a coordinated group approach, and continue to advance the strategic review that was initiated by the Board in 2016 to reposition the business for continued development in what we anticipate being a prolonged period of challenges for global aviation.”

“We have strengthened our group leadership with recent appointments and are now in the advanced stages of recruitment for a new Group CEO. The Board has been very pleased with the calibre of candidates, and we expect to make an announcement in the next few weeks.”

Ray Gammell was appointed as Interim Group Chief Executive Officer of Etihad Airways Group in May 2017 from his position of Group Chief People and Performance Officer.

He joined Etihad in 2009 as a member of the Executive Leadership Team, developing and leading the company’s people strategy to create a performance driven culture, enabling the growth of the business and positioning Etihad as one of the most attractive employers globally and in EMEA.

Ray has been responsible for driving the award-winning Emiratisation strategy contributing to the total Emirati workforce of over 3,000 which is the largest nationality among the 154 nationalities at Etihad Aviation Group.

Ray has 20 plus years’ leadership experience, gained internationally across the technology, financial and government sectors. He has held executive positions for the Intel Corporation in the US and Ireland, Royal Bank of Scotland, and was an officer in the Irish Armed Forces.  He has been a Chief Officer at Etihad Airways for over 8 years.

Ray is a chartered fellow at the Chartered Institute of Personnel Development and holds a Masters Degree from University College Dublin.

Ricky Thirion has overseen the Group Treasury of Etihad since July 2007. His areas of responsibility cover the treasury, corporate and structured finance, tax, insurance, payment solutions and fraud management, as well as the property and infrastructure portfolio.

Prior to Etihad, Ricky held roles as Group Treasurer at South African Airways and Managing Director in the Standard Bank Group.

Ricky holds a Masters Degree in Mechanical and Aeronautical Engineering and is an Honorary Fellow of the Association of Corporate Treasurers (UK).

From its Abu Dhabi base, Etihad Airways flies to, or has announced plans to serve, more than 110 passenger and cargo destinations in the Middle East, Africa, Europe, Asia, Australia and the Americas.