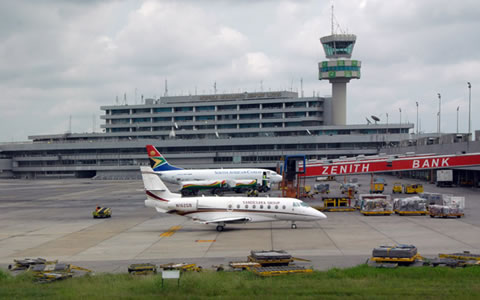 Saleh Dunoma, managing directed or of Federal Airports Authority of Nigeria (FAAN), has said that consrtuction of the 14 perishable cargo terminals would be hastened up as soon as there is enough funds for the works.

The Federal Government had two years ago, designated 14 airports as preshable cargo terminals with plans to construct and upgrade them to international standards.

The FAAN boss explained that some equipment for the cargo airports have arrived but works would progress as soon as there is enough funds.

He added that the Authority is working towards getting the best terminals for airport users across the country.

Speaking with aviation correspondents shortly after commissioning the aviation white house constructed by the Air Transport Services Senior Staff Association  as part of activities marking the May Day celebration, Dunoma said a lot has been done to improve on safety of both the airlines and passengers at airports.

According to the FAAN boss, work on the air side in some airports have  been completed adding tha these can be attested by the pilots that use the facilities.

Dunoma explained that passengers will soon start experiencing better facilities as soon as the new terminals were put into use noting that work has reached advanced stage.

He assured that the agency will commence work by prioritizing six of those cargo airports by completing them as soon as fund was available stressing that the revenue generated from the airports will be channeled to complete others.

On the Labour management relationship, Engr Dunoma commended Labour for the peaceful Co existence between them.

He congratulated ATSSSAN on the great feat by erecting the edifice and pledged his support for the Union.

On debts owed the agency by various organizations, Dunoma said both FAAN and agencies involved were discussing with a view to ensuring that the debts were paid.