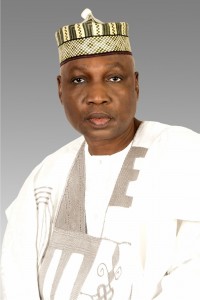 Dunoma, managing director of Federal Airports Authority of Nigeria (FAAN) has said that in the past 12 years, passenger traffic at the airports increased from 4.4milion to 15million per annum (over 23%), adding that and the Authority is expanding its capacity to accommodate envisaged growth.

Dunoma stated this in Abuja while Dr. Aliu Olumuyiwa Bernard, president of the International Civil Aviation Organisation (ICAO) was inspecting the new terminal under construction.

He reiterated the Authority’s commitment to sustain the standards achieved following the recent ICAO audit.

He described  Aliu as an icon who has positively impacted the aviation globally emphasizing that his policy of “No country left behind ” has addressed the challenges faced by the sector especially in developing countries.

The ICAO President who earlier met with labour unions called for closer collaboration for the development of the sector.