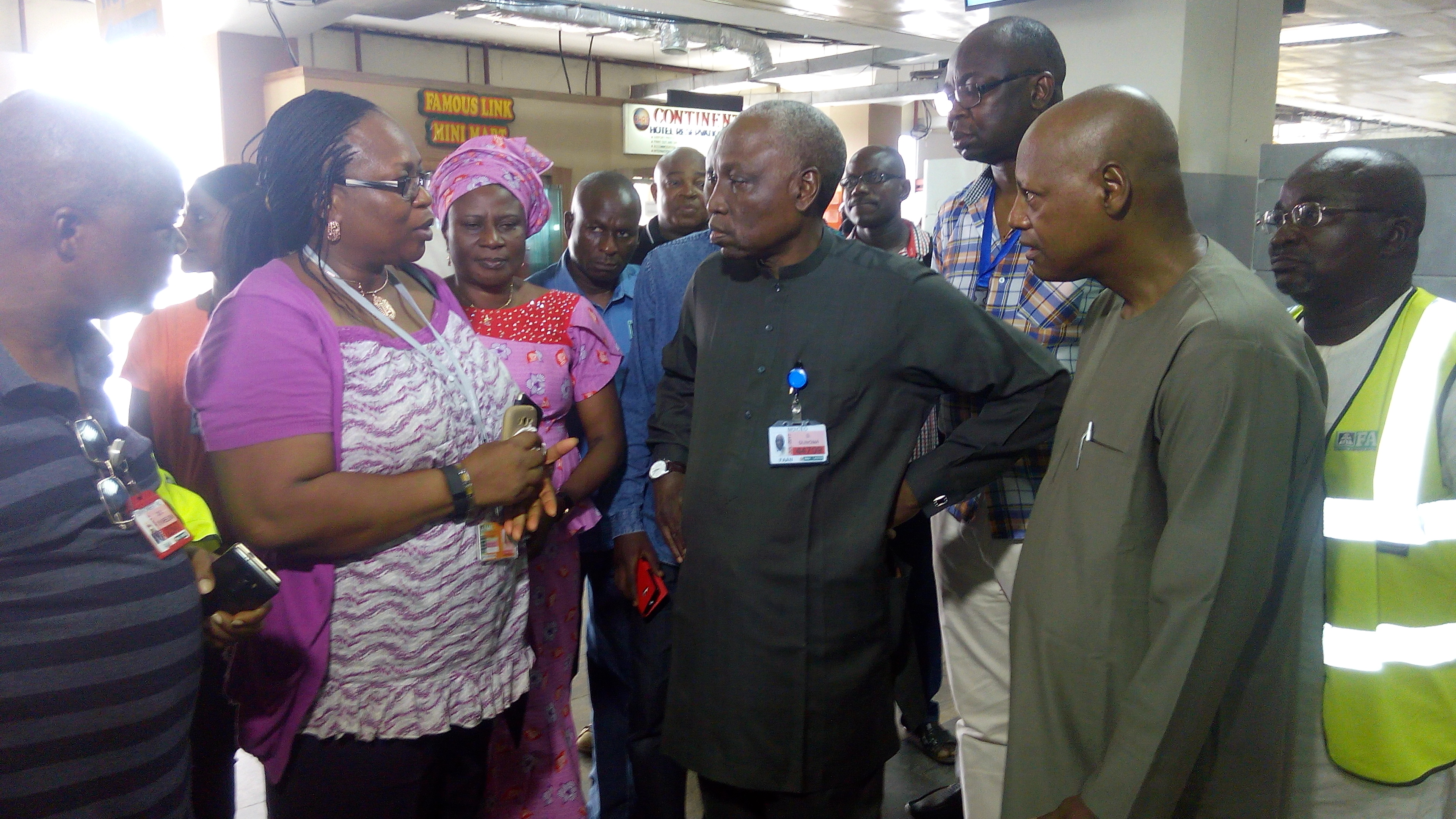 Dunoma listening to officials at MMIA on Saturday

Following the unscheduled visit to the Murtala Muhammed International Airport Ikeja by the Acting President Prof. Yemi Osinbajo for inspection, the Managing Director of the Federal Airports Authority of Nigeria (FAAN), Engr. Saleh Dunoma has given a marching order to engineers to commence repair works on all faulty equipment at the Murtala Muhammed International Airport (MMIA) with immediate effect.

Dunoma gave the directive  to the engineers and the airport manager after inspecting the facilities at the airport at the weekend.

During a thorough inspection that lasted for hours, the FAAN boss in company of Director of Commercials and Business Development, Mr. Sadiku Abdulkadir Rafindadi and other top management staff inspected the escalators, conveyor belts, departure and arrival halls and other sections of the airport.

Speaking to journalists shortly after the tour, Dunoma said the tour had become necessary because the Excellency, Mr President has visited the MMIA recently, pointing out that the visit with his technical team is to come up with plan to implement his instructions immediately.

On the outcome of the tour, he said “there are few things we need to fix immediately. I say immediately; immediately means immediately. This is a Presidential directive. We will not waste time and that is why you see us working on a Saturday. We will still work tomorrow. We just have to come up with strategic implementation plans so that we don’t disrupt operations. This is key to us”.

According to Dunoma, there are some few mechanical equipment like the travelators that needed to be fixed.

Other areas according to him are, some few toilet facilities and some other external facilities that affect what is functional inside.

“We have a contract on the chillers.  Funding has been a problem for us but we are pushing to see that it is fixed”. 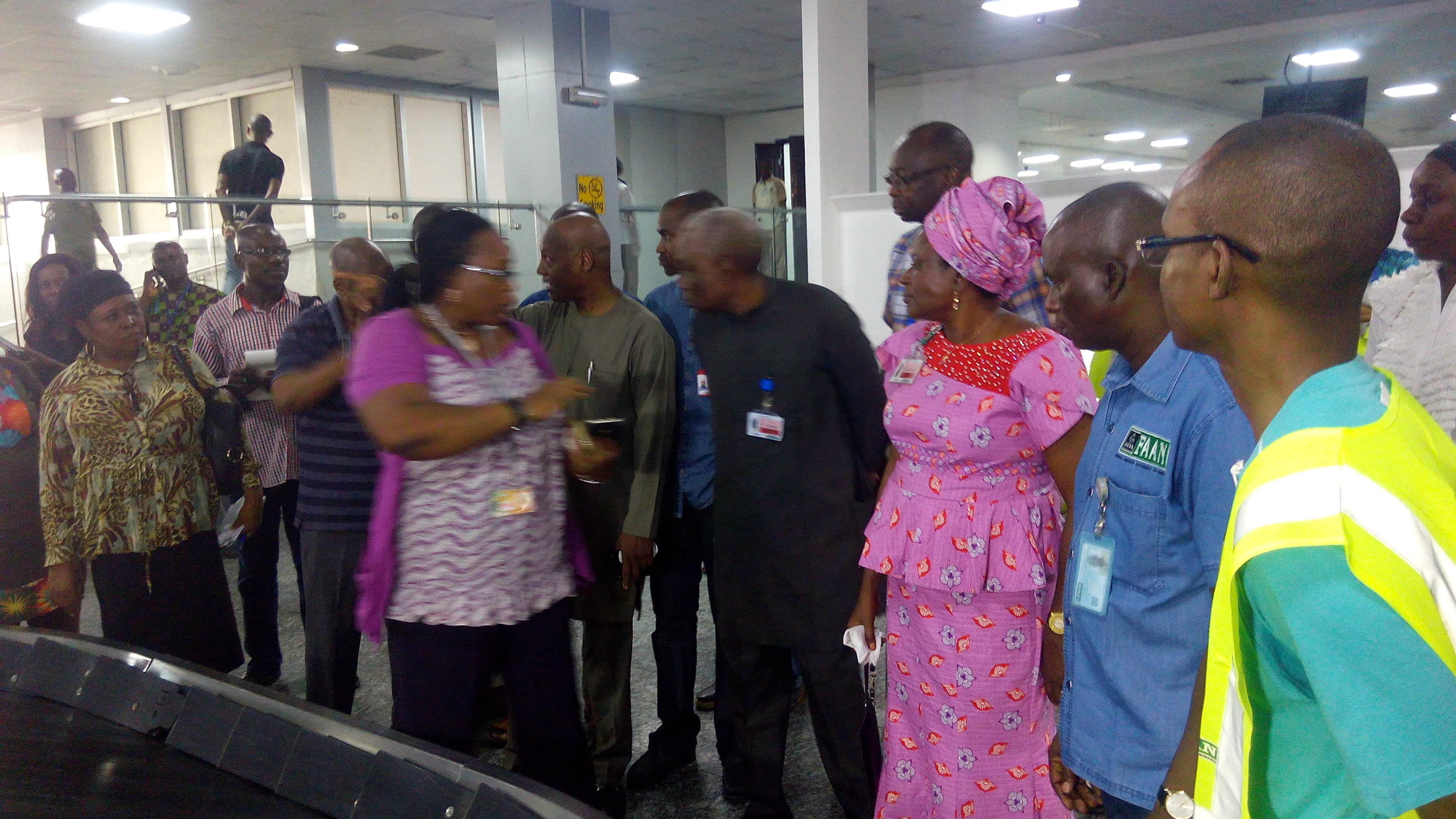 Dunoma equally assured travelers of an improved facilities as FAAN has started work day and night.

“I want to assure the travellers that we are working. With the support of His Excellency and Minister of State Aviation, Senator Hadi Sirika, we will surmount all the issues. They are not insurmountable. We will work hard and improve on the comfort of the travellers”.

It would be recalled that the Acting President Professor Yemi Osibanjo paid an unscheduled visit to MMIA few days ago, taking airport workers by surprise.

The Acting president who was in Lagos for other engagements, took the time out to move round the airport for an on- the-spot assessment of facilities at the airport.