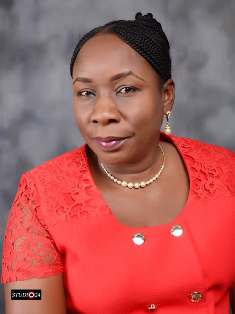 The Federal Airports Authority of Nigeria (FAAN) has denied that it cannibalises screening machines at the nation’s airports.

The agency also insisted that it has over the years been carrying out due maintenance on all its equipment in the country, stressing that it would continue to do this for comfort and easy facilitation of passengers.

Speaking with aviation journalists at the Murtala Muhammed Airport (MMA), Lagos, on Tuesday,  Mrs. Henrietta Yakubu, the General Manager, Corporate Communications, FAAN said that the agency had never cannibalised any of its equipment, stressing that there are enough spare parts for its equipment nationwide.

Yakubu also explained that the agency’s engineers carry out regular and periodic maintenance of its entire facilities, assuring that FAAN would continue to create enabling environments for travellers and other users of its facilities.

She said: “Those things broke down not because of non-availability of spare parts. Machines do breakdown and human beings, too. The machines work daily for 24 hours. They just had technical glitches during the week and before the end of the day, one of the machines was fixed and it started working. And over the weekend, all the three machines were back in perfect working conditions.

“The issues we had with screening machines didn’t compromise security in anyway. All the security agents that are with us at the airport came to assist us and where they needed to do manual check-in, they did and no passenger misses his or her flight as speculated in some quarters.. All the agencies cooperated with us to ensure that passengers met up with their schedules.

“We don’t cannibalise our machines. We use them to screen passengers and baggage that come to the airport. FAAN is a very serious agency. We will not cannibalise machines. It is just because the machines were running all of the time and they just decided to breakdown. Some things happen that you don’t have a control over.”

She emphasised further that the management team of FAAN, led by Engr. Saleh Dunoma on Tuesday went on inspection tour of the facilities at the international wing of the Lagos and expressed satisfaction with their performance.

She insisted that facilities at the terminal had improved in the past six months, stressing that the agency would continue to enhance their functionalities.

“The management at international (Lagos Airport) have refurbished the toilets and improved on the lightings; what is left now is the tiling. There have been a lot of changes in the past six months. The general ambience at the airport has improved and lots of things have been remodelled at the terminal. The signage has been worked upon. This has led to seamless passenger facilitation.