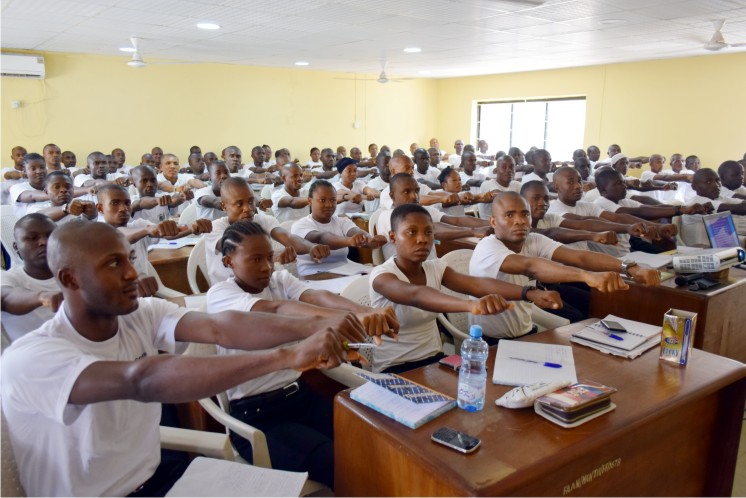 By Sade WilliamsA total of 211personnel on Friday, graduated as Aviation security officers and Fire and safety officers under the training of the Federal Airports Authority of Nigeria (FAAN).

This is just as the Managing Director of the FAAN  said that the Authority will continue to train and develop capacity of its members of staff, in line with the provisions of the International Civil Aviation Organisation.

He made this disclosure at the passing out parade for Aviation Security and Aerodrome Rescue and Fire Firefighting Services personnel held in Lagos on Friday.

Dunoma, who was represented at the event by the Authority’s Director of Maintenance and Engineering, Engr Olufemi Ogunode while admonishing the graduants to put service before everything else,  advised that the ability to set priorities will determine the quality of their stewardship.

According to him,  “In an era of rapid socio-economic changes, earning the respect and trustworthiness of your superiors, would demand exemplary followership qualities. So you have to care for your superiors and be matured in your dealings. Be receptive to their advice and accept constructive criticism”.

The Director of Human Resources, Hajia Salamatu B. Umar-Eluma in her goodwill message, advised the graduants that as security and firemen in the airports, their commitment to honour, respect and devotion to duty must be second to none, as the career is much more than a job, but a calling.

In her words, “Today, we add you as a link to our chain as members of staff of the Federal Airports Authority of Nigeria. It is a chain that is characterised by professionalism, discipline, sacrifice, team work and inter-agency collaboration”.

The occassion was witnessed by representatives of the Nigerian Customs, FRSC, the Police and other stakeholders.

The event climaxed with the presentation of awards of excellence to those who distinguished themselves in the programme.

The awards are in three different categories, for Aviation Security officers, Fire Officers and Parade Commanders.

In his closing remarks, Dunoma, while re-assuring that FAAN will continue to invest in its human resources, charged the graduants to be committed, dedicated and approach duties assigned them with high sense of responsibility.