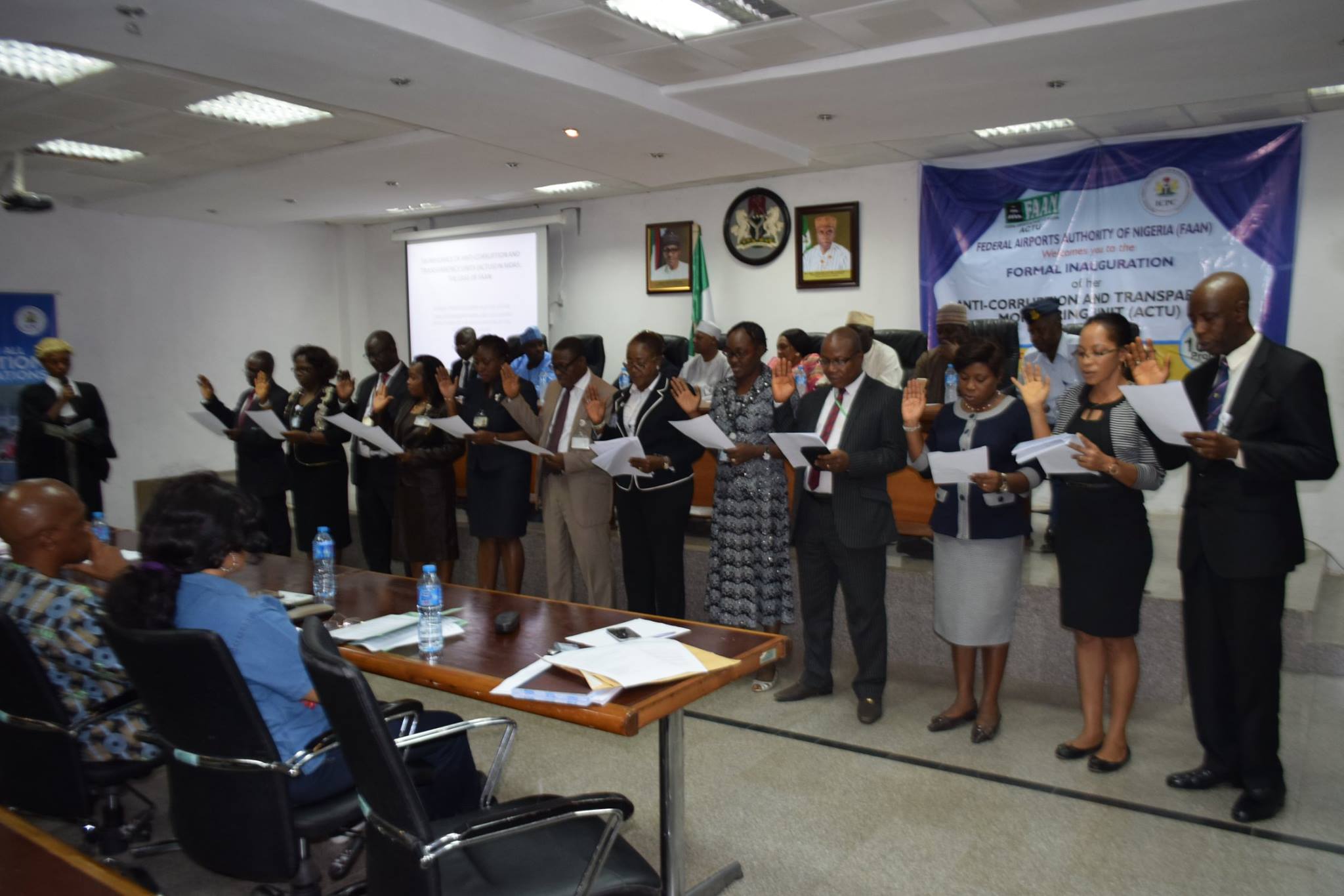 The Federal Airports Authority of Nigeria has inaugurated its Anti-corruption and Transparency Unit (ACTU).

The eleven man committee which was sworn in on last week at an event in Lagos, were charged to ensure the domestication of the key tenets of ICPC, which are transparency, accountability and good ethical practices at the Federal Airports Authority of Nigeria.

In his words, the Authority’s director of Commercial and Business Development, Alhaji Sadiku Abdulkadir Rafindadi, who represented the MD/CEO at the event enjoined the newly inaugurated committee to act as compliance and ethics officers with the responsibility of educating and enlightening Management and staff on the need for adherence to rules and regulations and upholding of good ethical practices in FAAN.

He noted that Management is very passionate about the virtues of accountability and transparency, which informed its seamless collaboration with the ICPC in the recently concluded Critical Risk Assessment exercise to eradicate low level corruption at the nation’s airports.

Speaking further, he stated that in our quest to consolidate on our relationship with the ICPC, the Authority has painstakingly nominated some of her outstanding personnel being inaugurated today to work in collaboration with the ICPC to achieve the objectives for which the ACTU was established by the Federal Government.

In his final words, he pledged the unfailing support of FAAN to ensure the success of the UNIT.

Mrs. Ibironke Okikiolu, who represented the Head of Service at the event, advised members of the committee to be alive to their responsibilities and ensure that corruption becomes a thing of the past in their areas of operation.

Similarly, Mr. S. P. Bingo, who represented the chairman of ICPC noted that the members of the committee, having been chosen because of their integrity must strive to portray and practice accountability, transparency, fairness and justice in serving FAAN and by direct implication Nigerians and foreigners alike.

The event, which was witnessed by the Authority’s Director of Security Services, Group Captain U.S.A. Sadiq, key officers from NDLEA, Nigerian Air Force, NAHCO, and other Management staff from FAAN climaxed with the swearing in of committee members and the presentation of membership plaques to them.